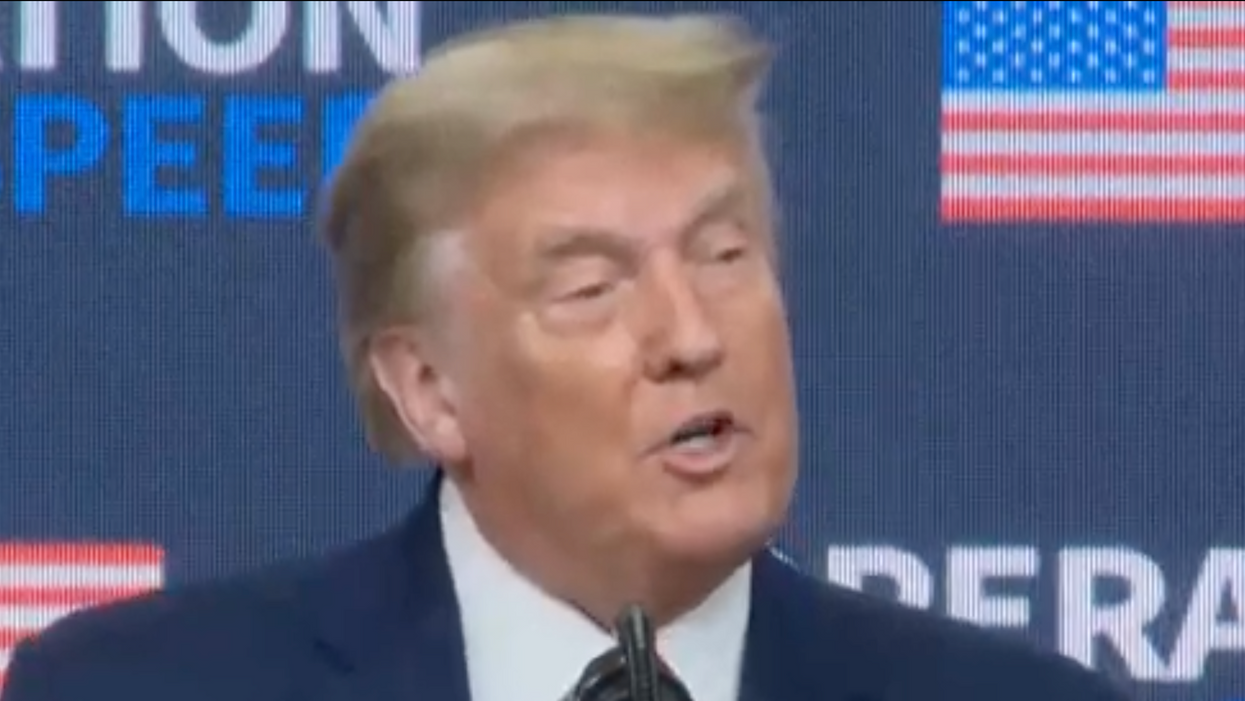 According to the president about one in every eight Americans, or around 15 percent of the nation, has contracted COVID-19. More than 290,000 Americans have been killed by the deadly virus and coronavirus cases are surging. More than 15 million Americans in the U.S, have been diagnosed with COVID-19, although the CDC months ago said it believes the real numbers could be ten times higher.

As of Tuesday the average infection rate is now more than 200,000 people each and every day.

But Trump has been pushing herd immunity, which medically is not a goal or a strategy but a statistic to determine at what point a virus can no longer successfully spread widely among a population.

"I hear we're close to 15 percent. I'm hearing that, and that's terrific," Trump told reporters on Tuesday, when asked what words of advice he had as the country enters the Christmas holiday season.

"I think that the vaccine was our goal," Trump also told reporters. "That was number one because that was the way it was the way it ends, plus you do have an immunity, develop immunity over a period of time and I hear we're close to 15% I'm hearing that and that is terrific," he said in random, babbling remarks.

Trump went on to lie about the huge number of cases, once again suggesting there are so many coronavirus cases because of all the tests that have been performed.

The Daily Beast's Sam Stein reports the President "meant that as a suggestion we're getting towards herd immunity, which would be around 70%. So, clearly, not close and very much not terrific."