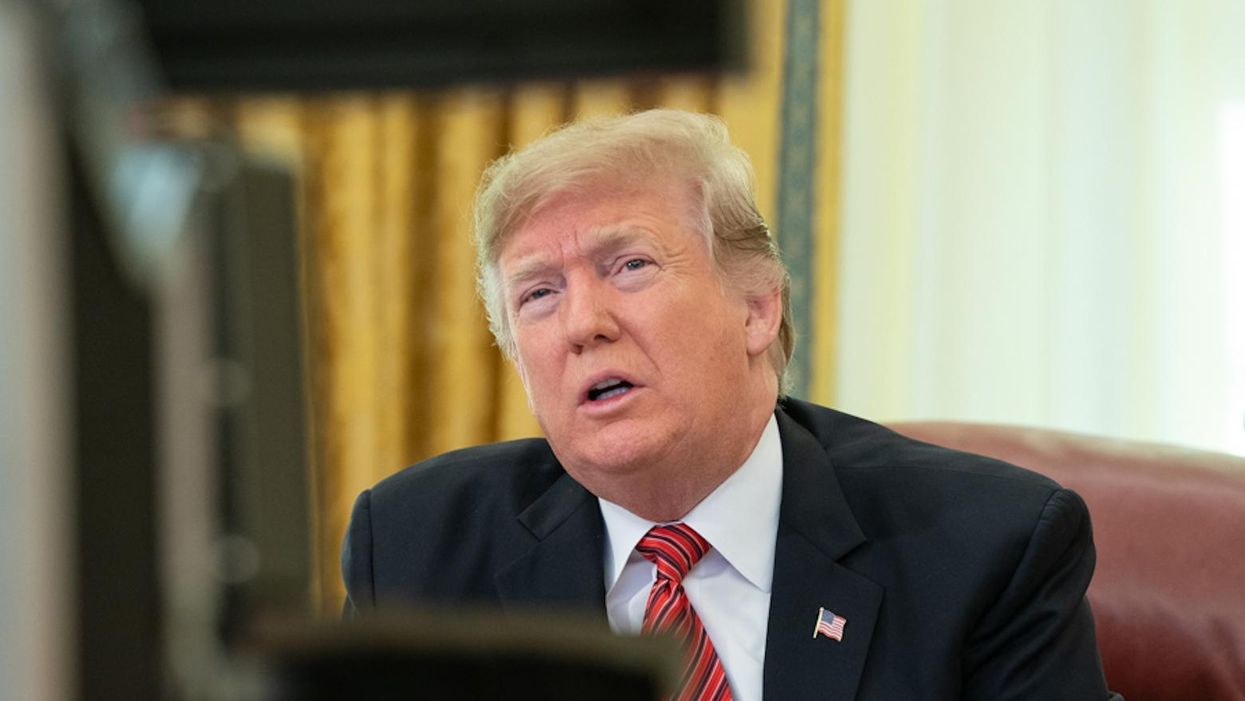 Although Amanda Carpenter formerly served as communications director for Sen. Ted Cruz, the Never Trump conservative and CNN pundit has made no secret of her total disdain for President Donald Trump — who she believes has been a curse for the Republican Party and the conservative movement. Carpenter discusses the Trumpication of the GOP in a scathing article published by The Bulwark on December 18, and one of the people she lambasts is her former boss: Sen. Ted Cruz of Texas.

Carpenter served as Cruz' communications director in the past, and she is up-front about that fact: the mini-bio at the end of her Bulwark articles mentions that she worked for Cruz as well as for former Republican Sen. Jim DeMint. Regardless, Carpenter doesn't cut Cruz any slack in her Bulwark piece, and the other Republicans she slams as Trump's worst enablers of 2020 range from White House Press Secretary Kayleigh McEnany to Sen. Lindsey Graham of South Carolina to Sen. Susan Collins of Maine.

Carpenter recalls that on July 22, Cruz shamelessly politicized the COVID-19 pandemic — making the ridiculous claim that if Joe Biden were elected president, Democrats would no longer favor social distancing restrictions. Cruz viewed social distancing as nothing more than a way for Democrats to hurt Trump.

Biden, of course, is now president-elect, and Democrats haven't abandoned social distancing as Cruz predicted they would — they are as pro-social distancing as ever. On July 22, Cruz was obviously much more concerned about Trump's political wellbeing than the wellbeing of all the Americans who were dying left and right from COVID-19.

Carpenter attacks Graham for his total hypocrisy with Supreme Court nominees, noting that he joined Senate Majority Leader Mitch McConnell in opposing President Barack Obama's nomination of Judge Merrick Garland for the U.S. Supreme Court in 2016 only to demand, in 2020, that Trump's High Court nominee, Amy Coney Barrett, be confirmed by the U.S. Senate as quickly as possible.

McEnany, according to Carpenter, repeatedly debased herself in the name of Trumpism in 2020 — especially after the election.

Carpenter explains, "Kayleigh McEnany — the Top Tribune of Trumpism, White House press secretary, Trump campaign advisor, and catch-all surrogate of whatever gets her on TV — unlocked new levels of toadyism while mouthing Trump's lies about the election. Earlier this month, citing the same pseudo-scientific nonsense used by Texas Attorney General Ken Paxton, McEnany proclaimed to the masses that the chances of Trump losing key swing states were 'one in a quadrillion to the 4th power'…. Dual dishonors go to Paxton and McEnany."

According to Carpenter, the "most unintentionally hilarious political moment of 2020" came when GOP activist Kimberly Guilfoyle, who is Donald Trump, Jr.'s girlfriend and, ironically, the ex-wife of Democratic California Gov. Gavin Newsom, spoke — or rather yelled — at the 2020 Republican National Convention.

"In August, MAGA's favorite former Fox News leg-chair occupant delivered an unforgettable speech at the Republican National Convention that shall forever and always remain unmatched in its disturbingly unbridled enthusiasm for all things Trump," Carpenter recalls. "After some par-for-the-course mendacity, like referring to 'Biden, Harris, and the rest of the socialists,' she yelled, 'President Trump believes in you! He emancipates and lifts you up to live your American Dream' and warned Republicans not to let the Democrats 'kill future generations because they told you and brainwashed you and fed you lies that you weren't good enough.' Then came her big finish that truly must be watched to appreciate all its mortifying grandeur."

To illustrate just how embarrassing Guilfoyle's RNC 2020 speech was, Carpenter used this infamous video with her article:

Collins isn't nearly as Trumpian as some of the other Republicans Carpenter slams in her article. In fact, Trumpistas repeatedly attack the Maine senator as a RINO: Republican in Name Only. But Carpenter notes that during Trump's impeachment trial, Collins lacked the courage to vote "guilty."

"Maine Sen. Susan Collins expressed various degrees of concern about Donald Trump throughout his presidency — while somehow managing to support him with her votes every step of the way," Carpenter writes. "In February, during the impeachment trial, Collins voted to acquit Trump, justifying her decision this way in an interview with CBS News: 'I believe that the president has learned from this case' and that Trump 'will be much more cautious in the future.' Which he, of course, did not and was not."