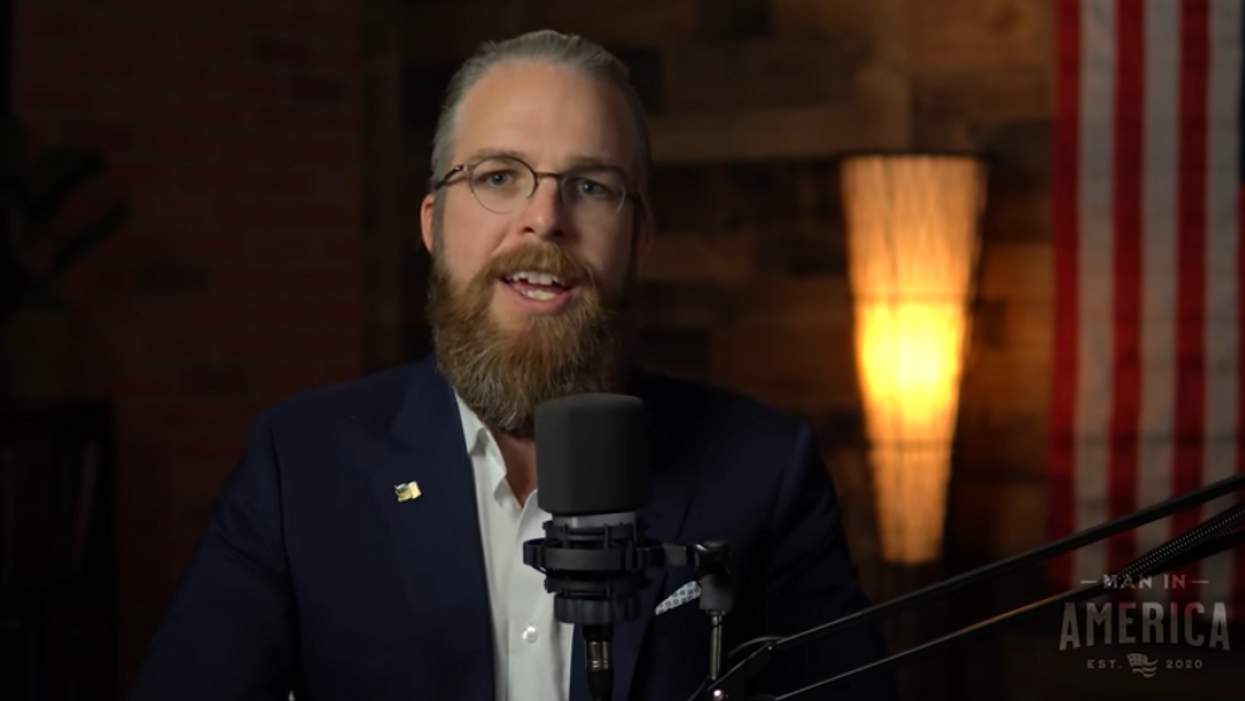 With less than 30 days until President-elect Joe Biden's inauguration, President Donald Trump and his allies are still circulating falsehoods about the presidential election. To make matters worse, he has a new conspiracy theorist also working to perpetuate his claims of widespread voter fraud.

Over the last few days, Trump has tweeted and retweeted footage featuring multiple conspiracy theories about the election. According to The Daily Beast, the man featured in the two videos has been identified as Seth Holehouse, who is described as a "little-known jewelry auctioneer" and rising MAGA star retweeted by Trump last week.

"I hope you can see now that the invisible enemy is communism, and the most deadly virus is the Chinese Communist Party," Holehouse said in the clip.

In a video titled, "The Plot to Steal America," Holehouse unloaded a massive number of voter fraud conspiracies that have already been debunked as he went a step further claiming Biden stole the election. As a result of Trump's tweets and retweets, the video garnered "more than 200,000 retweets and 2 million views."

According to SocialBlade analytics, Holehouse's YouTube channel has gained more than 50,000 subscribers in less than one week. The full video of the conspiracy theory has also received millions of views. More details about Holehouse have also come to light. The rising YouTuber has ties to the far-right news publication Epoch Times.

"Holehouse was the creative director for The Epoch Times, a right-wing newspaper and media group affiliated with the Chinese Falun Gong spiritual movement. In the Trump era, The Epoch Times has built out a massive online operation promoting QAnon and other conspiracy theories that support the president, whom they see as an ally against the Chinese government's persecution of Falun Gong believers."

Like Newsmax, The Epoch Times has also benefited greatly from Trump's conspiracy theories. Now boasting more than six million Facebook followers, the publication has become another consistent source of misinformation for Trump supporters despite the danger of circulating conspiracy theories.