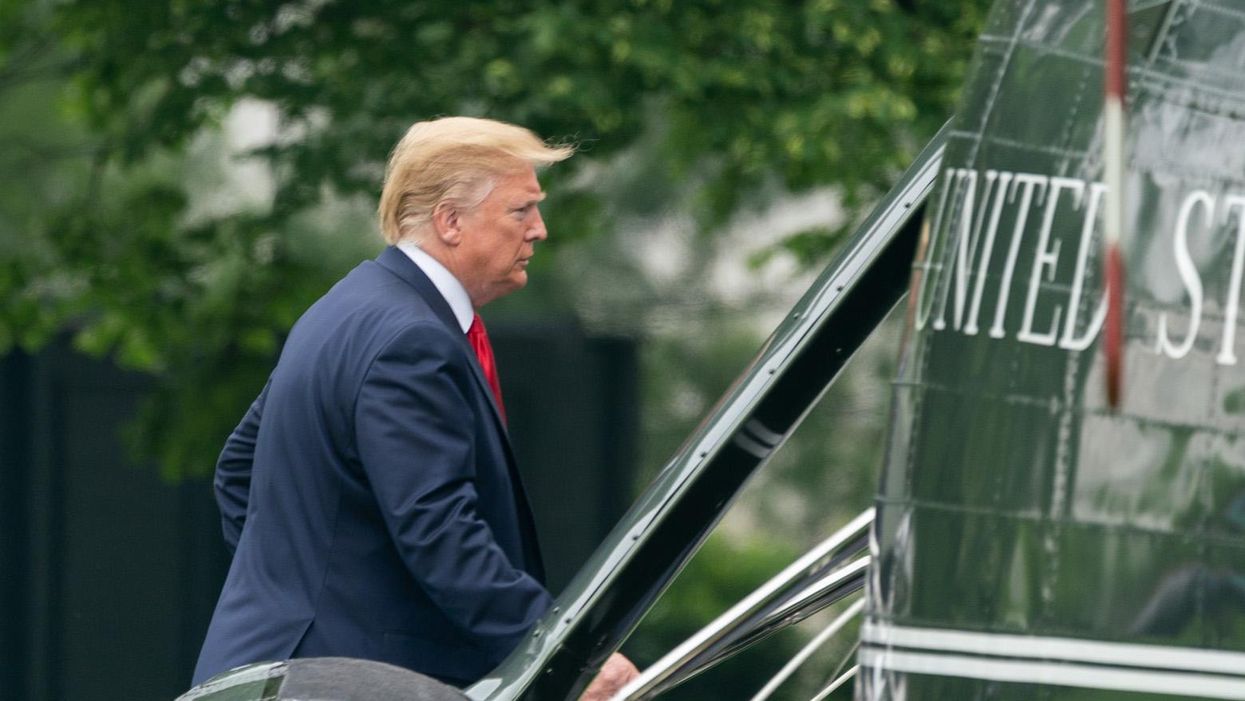 President Donald J. Trump boards Marine One on the South Lawn of The White House for his flight to Joint Base Andrews, Md. Wednesday, May 8, 2019, and his trip to Tyndall Air Force Base, Fla. (Official White House Photo by Shealah Craighead)
Alex Henderson
December 23, 2020

Although Joe Biden's inauguration is less than a month away, President Donald Trump is still refusing to acknowledge his win and pushing debunked claims that widespread fraud tainted the election.

But while Trump seems to have convinced much of his party that the election was illegitimate, recent polls from Fox News and Gallup show his dismal standing with the population as a whole. Analyzing the data, CNN's Harry Enten stressed that Trump is leaving office with historically low marks.

One of the most striking numbers: 42 percent of Fox News' respondents said he will be remembered as "one of the country's worst presidents." And 44% said they "strongly disapprove" of his job performance.

"Pollsters have been asking Americans about how history will take stock of different presidents at the end of their presidencies since Gerald Ford," Enten wrote. "No president has garnered as many strongly negative feelings as Trump. The only president who came even close to getting as many low ratings, in a five-category question, was George W. Bush in a Gallup poll at the end of his presidency; 36% said he would go down as a 'poor' president."

Only 22% of people said Trump would be remembered as "one of the country's greatest presidents" — the way he explicitly sells himself. Another 8 percent said he was "below average" as a president.

"The president's job approval rating is the lowest it has been since June when it fell sharply amid protests nationwide about racial injustice following George Floyd's death while in police custody," Gallup said. It continued:

Trump joins Jimmy Carter as defeated incumbents whose approval ratings fell after failing to win reelection. By contrast, Gerald Ford and George H.W. Bush saw their ratings rise after voters denied them a second presidential term
Trump's approval rating has fallen seven and eight points, respectively, among Republicans and independents since Gallup's final preelection readings in October. Currently, 87% of Republicans, 34% of independents and 6% of Democrats approve of his job performance.It's quite possible Trump's refusal to accept the results of the election have hurt his public standing. But people could also be turning against him as the pandemic and economic crisis have worsened sharply.

"The public's overall mood has soured since Gallup's post-election measure in November," Gallup's Megan Brenan explained. "Specifically, satisfaction with the direction of the country and views of economic conditions in the U.S. have worsened significantly."

She continued: "Overall, 16% of U.S. adults are now satisfied with the direction of the country. This is the second consecutive month that satisfaction has fallen. It was as high as 45% in February, but it declined as the pandemic took hold in the U.S., hitting a low point of 13% in July and August. After a brief pre-election rebound, satisfaction is dropping again."

Fox News asked respondents, "Do you think the country is better off or worse off today than it was four years ago, or about the same?" And 55% of them replied worse off, while only 32% replied better off.

Enten argued that the amount of opposition to Trump hasn't really been properly recognized.

"Yes, Trump certainly has his loyal base, as indicated by the 22% of voters who say history will remember Trump as one of the best presidents ever," he wrote. Yet, those who think of him as a failure have pretty much always been a larger chunk of the pie."

And while he isn't president yet, Biden is, thus far, making a relatively strong impression on the country.

"Since being projected as the winner of the presidential election on Nov. 8, Biden has named many of his aides and Cabinet nominees; 65% of Americans, including 96% of Democrats, 67% of independents and 23% of Republicans, approve of the way he is handling his presidential transition," Gallup found.