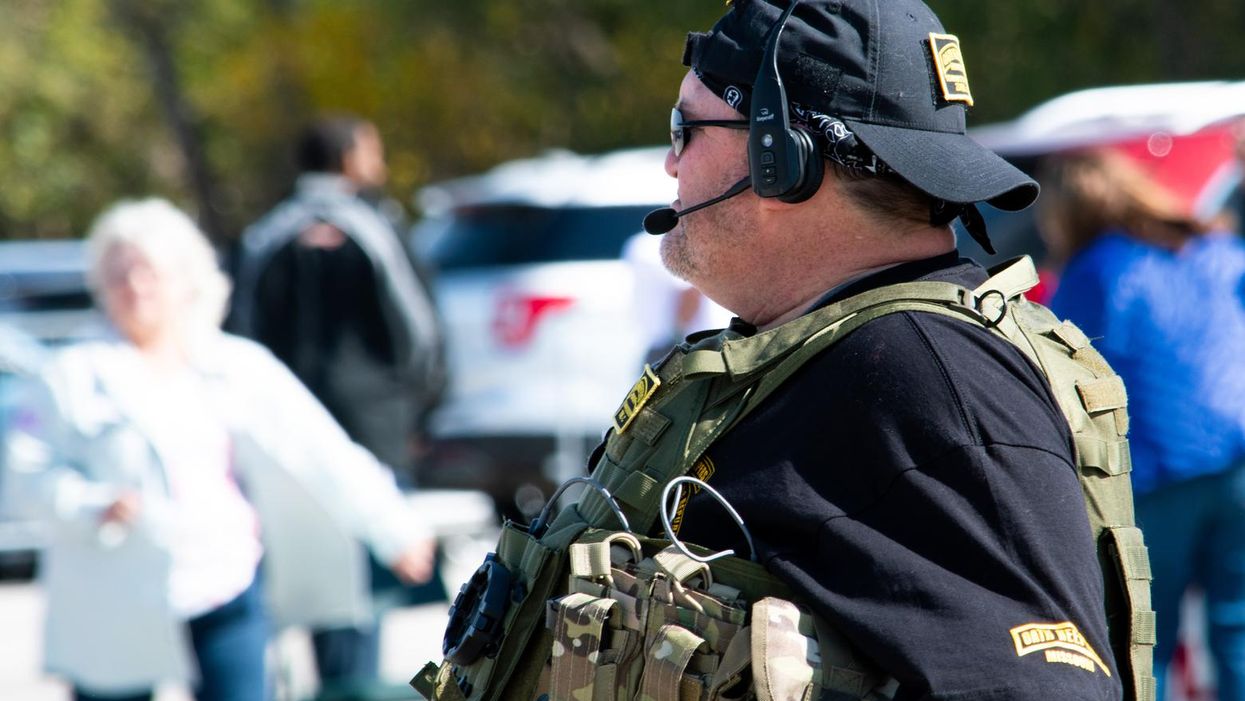 Far-right militia groups have felt emboldened by Donald Trump's presidency. And in Hood County, Texas, according to Politico's Ciara O'Rourke, members of the Oath Keepers are infiltrating the local government.

Hood County is a Republican-leaning county near Fort Worth. Although Dallas leans Democratic — not unlike Houston, Austin and El Paso — Hood County is more Republican and predominantly White. And O'Rourke, in a Politico article published on December 9, describes some of the inroads that the Oath Keepers have been making there.

O'Rourke notes that John D. Shirley, the Hood County constable, is a "sworn member of the Oath Keepers" — which, she reports, has "in recent months…. been warning of a civil war."

On August 31, Shirley called for the execution of Democratic Portland, Oregon Mayor Ted Wheeler, who he blamed for the shooting death of a member of the far-right militia group Patriot Prayer by an Antifa activist. Shirley, on Facebook, posted, "Ted Wheeler needs to be tried, convicted and executed posthaste. He has blood on his hands, and it's time for justice."

O'Rourke explains, "By the time he was posting about Wheeler, Shirley had been an Oath Keeper for more than a decade, serving on the organization's board of directors as its national peace officer liaison and as the Texas chapter president. But he isn't the only elected official in Hood County affiliated with the group. One member, a newly elected justice of the peace, said in February that Oath Keepers was having a 'surgence' there. Shirley has described an incoming county commissioner as an Oath Keeper."

According to O'Rourke, "What's happening in Hood County may represent a shift for a group that was once seen as a governmental antagonist but is now establishing itself inside the halls of the elected officialdom. And it is setting up potentially dangerous conflicts between officials with different ideas of what constitutes legitimate government authority."

The Oathkeepers, a far-right militia group, has been banned by Twitter. They recently tweeted there'll be "open wa… https://t.co/q3GCWgQfpY
— Ben Collins (@Ben Collins)1599759517.0

O'Rourke points out that the Oath Keepers, founded in 2009, have been joining President Donald Trump in claiming, without evidence, that the election was stolen from him because of widespread voter fraud. The Oath Keepers posted in an e-mail blast, "Our POTUS will not go down without a fight. He WILL NOT concede. This election was stolen from We The People. We will prevail but we need your help!"

On November 7, Shirley — typing in all caps — posted on Facebook, "NO WHINING, NO CRYING, NO PEARL CLUTCHING! DONALD TRUMP WON THE ELECTION. YOU CAN FEEL IT IN YOUR BONES. THIS WAS TAKEN FROM US ILLEGALLY. THE ONLY WAY WE LOSE IS IF WE DON'T FIGHT. LEAVE IT ALL ON THE FIELD. ITS TIME TO SEPARATE THE WINTER SOLDIERS FROM THE SUNSHINE PATRIOTS."