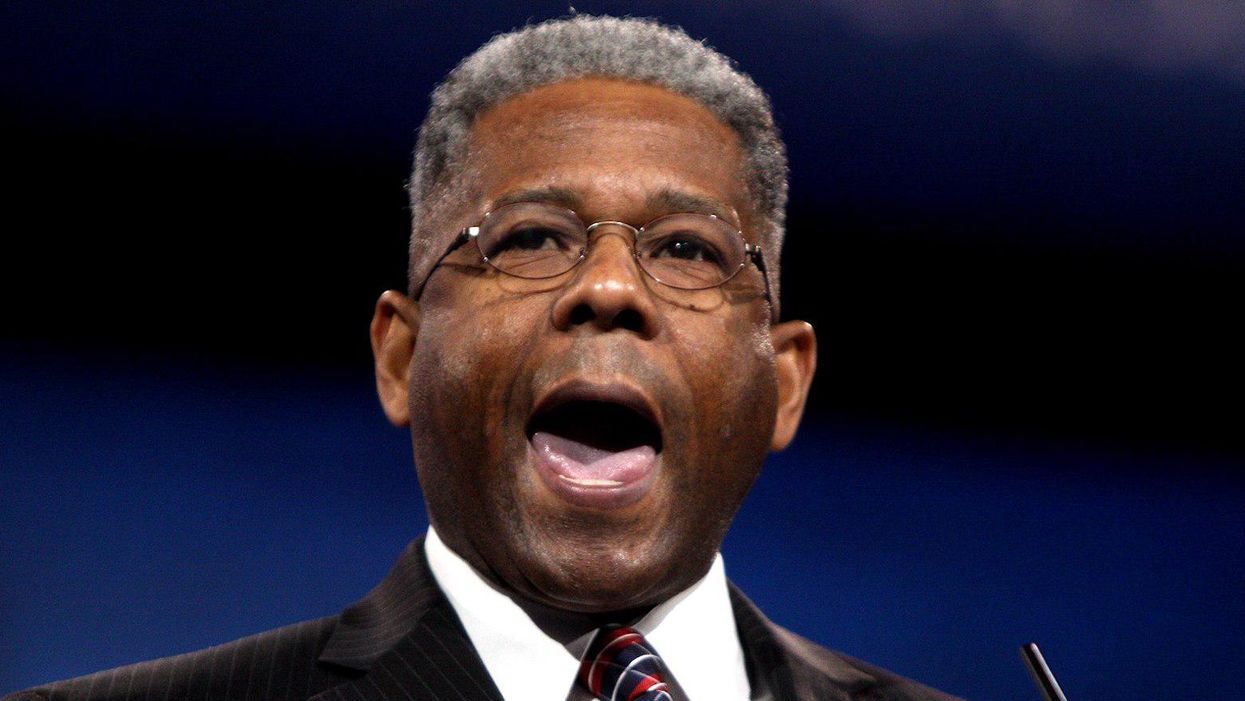 After the Supreme Court decisively shut down a lawsuit attempting to overturn the 2020 election, Texas GOP Chair Allen West issued a disturbing statement floating the idea of possible secession over the result.

The case was brought by Texas Attorney General Ken Paxton, though it was widely panned by legal experts. Some believed that Paxton, currently under investigation by the FBI, was using the lawsuit as a vehicle to win President Donald Trump's favor and obtain a presidential pardon. Despite the lack of merits, the president and his allies rallied behind the lawsuit, with Trump himself calling it "the big one" — apparently trying to distinguish it from the more than 50 additional failed election lawsuits filed on his behalf.

From the start, the lawsuit never had the chance. Paxton tried to exploit a feature of the constitutional system that allows states to sue each other before the Supreme Court. But Paxton's arguments that four key swing states had violated the Constitution in conducting their elections were specious, and there was no reason to take them seriously. The court concluded, unsurprisingly, that Texas didn't even have the standing to bring a challenge to other states on this ground and rejected the argument without it even being officially filed.

For West, this absolutely predictable and expected result was a galling affront.

“The Supreme Court, in tossing the Texas lawsuit that was joined by seventeen states and 106 US congressman, have decreed that a state can take unconstitutional actions and violate its own election law," he said in a statement. "Resulting in damaging effects on other states that abide by the law, while the guilty state suffers no consequences. This decision establishes a precedent that says states can violate the US constitution and not be held accountable."

This was mostly just a comical tantrum. But the ending became deeply disturbing, as he explicitly floated the idea of seceding from the United States.

He continued: "This decision will have far reaching ramifications for the future of our constitutional republic. Perhaps law-abiding states should bond together and form a Union of states that will abide by the constitution."


This is exactly why many have argued that Trump's disinformation campaign against the election and attempts to overthrow the result are so dangerous. While there was no reason to expect the effort to be successful, it would clearly succeed in convincing millions of Americans, perhaps a majority of Republicans, that the constitutional order was fundamentally broken. That raises the possibility of violence, disorder, and conflict.

There is no legitimate way for an American state or group of states to secede from the rest. That's why the American Civil War began. Suggesting secession is essentially threatening war.

Republican Rep. Adam Kinzinger of Illinois was sharply critical of the statement:

I believe @TexasGOP should immediately retract this, apologize, and fire Allen West and anyone else associated with… https://t.co/66xcZU90Xh
— Adam Kinzinger (@Adam Kinzinger)1607733853.0