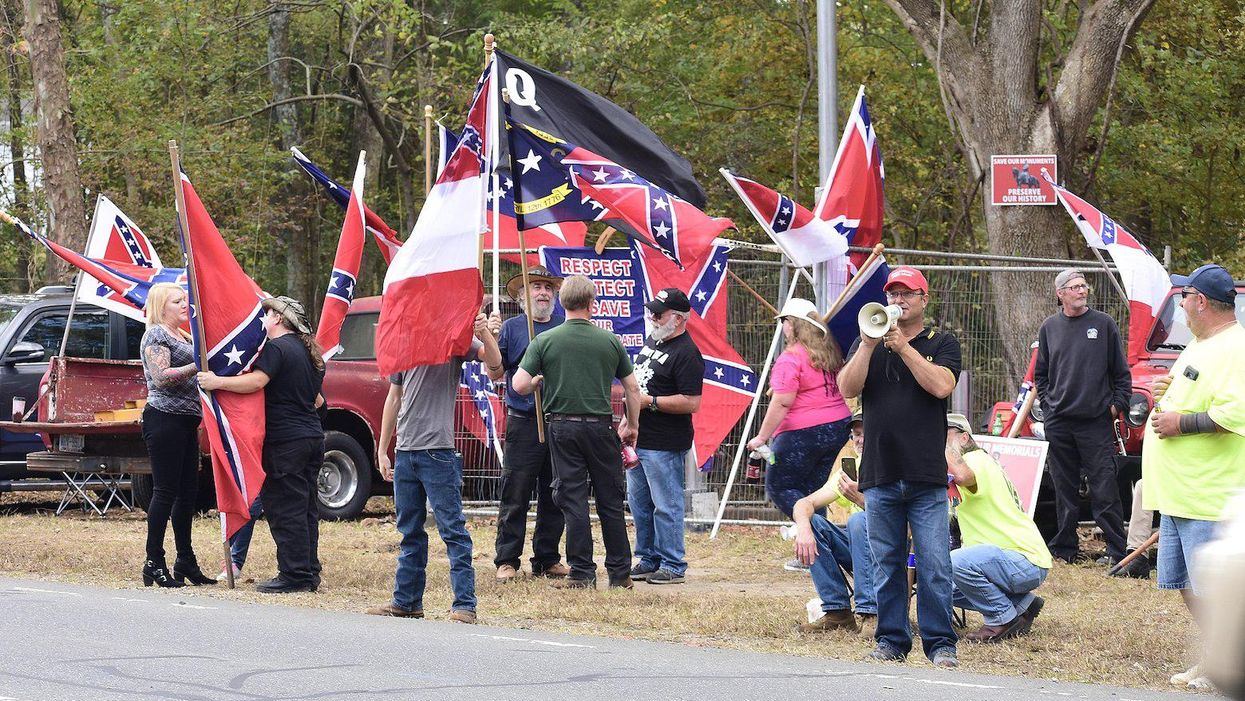 In Carson City, Nevada, a variety of far-right extremists and conspiracy theorists — including the Proud Boys, armed militia members and supporters of the QAnon cult — have been joining forces and protesting in the hope of overturning the 2020 presidential election results. And at least one more "Stop the Steal" event is planned, according to Sierra Nevada Ally reporter Quest Lakes.

The "Stop the Steal" movement is built on the debunked l President Donald Trump, not President-elect Joe Biden, is the real winner of the election and that Trump was the victim of widespread voter fraud. Although the Trump campaign's legal challenges to the election results have been rejected by one court after another and Biden's victory has been certified by the Electoral College, the "Stop the Steal" movement persists.

A "Stop the Steal" rally was held in Carson City over the weekend, and Lakes reports that members of the Proud Boys, QAnon supporters and members of militia groups were all in attendance protesting together. One of the extremists carried a sign that read, "If you're OK with rigging an election to win, I'm OK with POTUS imposing martial law to stop you."

Another "Stop the Steal" rally is planned for this Saturday, December 19 in Carson City.

QAnon is a movement of conspiracy theorists known for their bizarre and outrageous beliefs. According to QAnon, the federal U.S. government has been infiltrated by an international cabal of Satanists, pedophiles, cannibals and child sex traffickers and that Trump was put in the White House to lead the struggle against the cabal. "Q," the movement believes, is an anonymous figure who is providing updates on that struggle.

A video of the December 12 demonstration has been posted online. Watch the video below: