Treasury Dept. under scrutiny for questionable approval of $700M loan 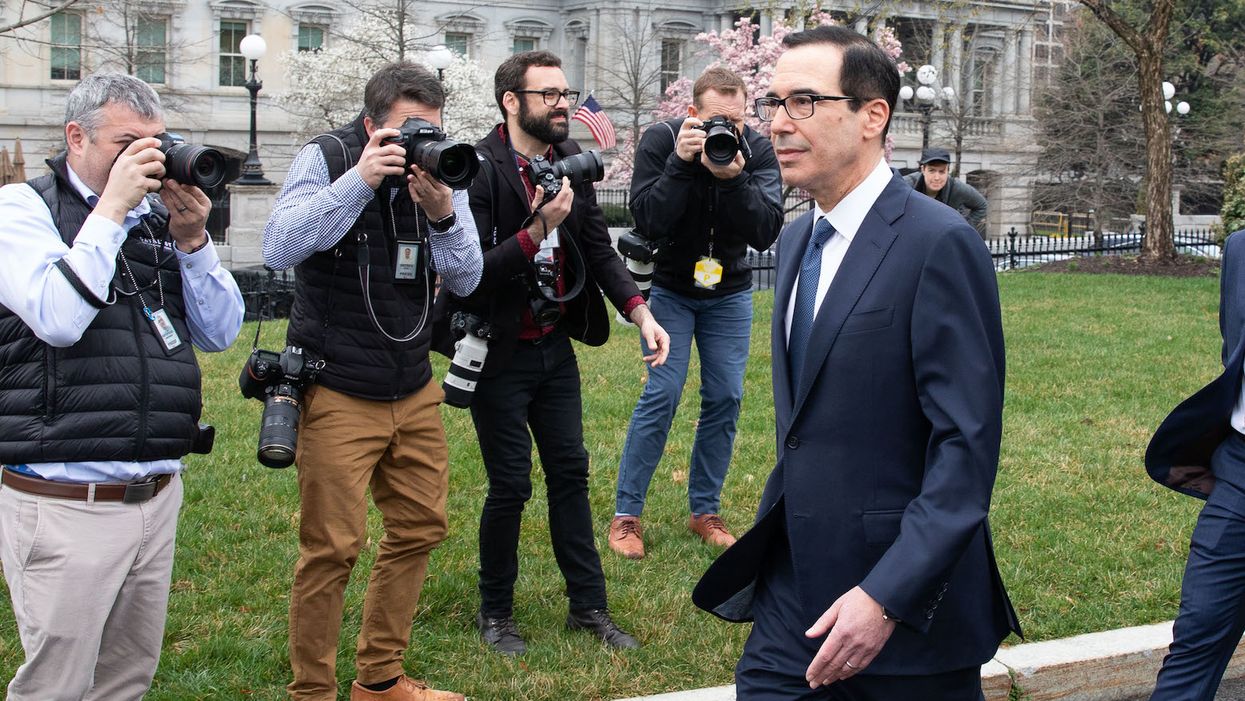 Secretary of the Treasury Steven Mnuchin speaks with members of the press Friday, March 13, 2020, outside of the West Wing of the White House. (Official White House Photo by Keegan Barber)
Republicans are in disarray as Pelosi and Mnuchin inch closer to a deal
Meaghan Ellis
December 19, 2020

The U.S. Treasury Department is under scrutiny amid concerns raised by Rep. French Hill (R-Ark.), who serves on the House Committee on Oversight and Government Reform, questioning whether or not the Treasury, and U.S. Department of Defense, should be able to process loans during the pandemic, reports The Hill.

During a phone call with reporters, Hill raised questions about one particular loan authorized under the $2.2 trillion CARES Act. According to Hill, the Pentagon reserved approximately $700 million for an Overland Park, Kansas shipping firm called YRC Worldwide. While the Defense Department classified the company as "critical to national security," Hill has questions about the essentialness of the company.

According to Bloomberg, YRC does not meet the requirement to be listed as a firm critical for national security despite its specialization in military logistics.

"To say that this process was hidden behind the wall of intense interagency bureaucracy would be an understatement," Hill said. "I don't find a rationale for YRC to be essential to national security. I have heard nothing that changes my view on that."

Hill remarks came shortly after he, along with other committee members spoke with Ellen Lord, the Defense for Acquisition and Sustainment undersecretary. The Arkansas Republican claimed the Pentagon "appeared to go against its own internal guidelines for approving which companies might be eligible for the loans, including looking at whether there were viable alternative companies to carry out the work."

Hill, along with Rep. Donna Shalala (D-Fla.), a Democratic lawmaker appointed to the oversight panel, recently voiced their concerns to the House Armed Services Committee. The two are hoping to incorporate more measures to review and monitor the financial competence of the Defense Department's contractors and subcontractors.