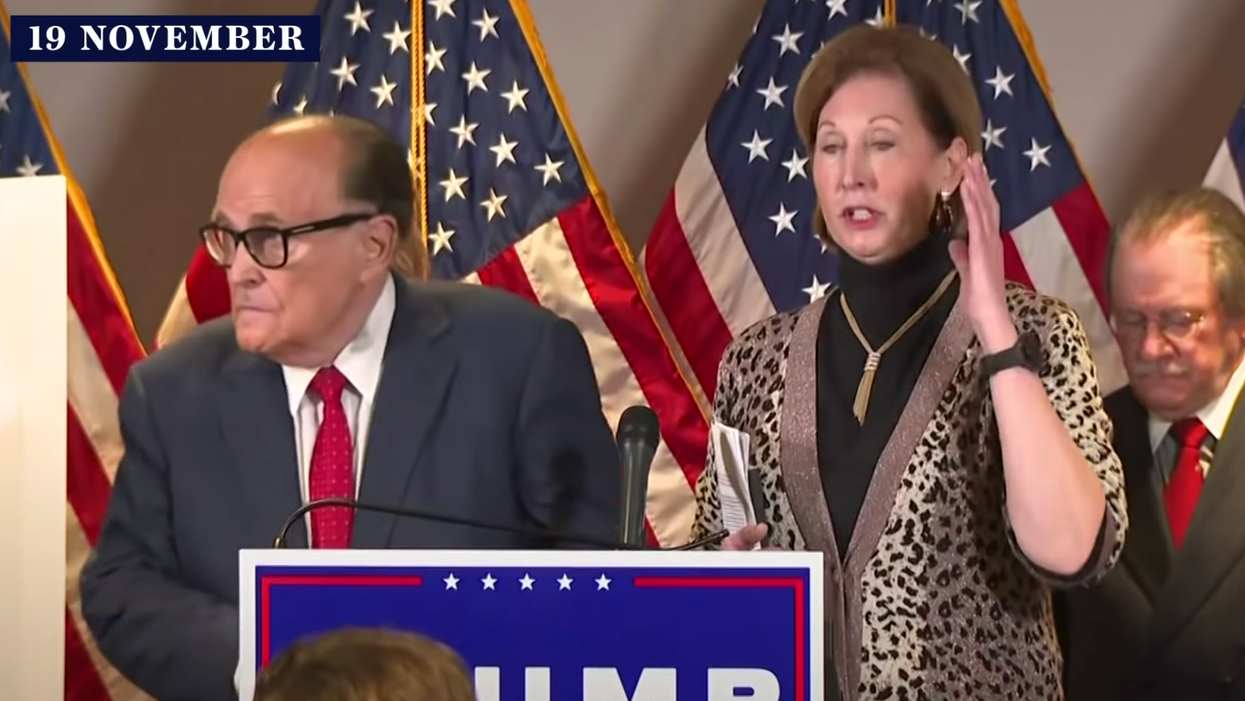 Sidney Powell, the attorney whose over-the-top antics led President Donald Trump's legal team to distance itself from her, has found her lawsuits vehemently rebuked by more than one judge. In Michigan, a Powell lawsuit challenging President-elect Joe Biden's victory in that state was slammed by U.S. District Judge Linda Parker — and in Georgia, GOP-appointed Judge Timothy C. Batten Sr. had no kind words for a Powell lawsuit challenging the election results in that state.

Powell claimed that in Georgia, the Dominion Voting Systems equipment was used to unfairly swing the election results in Biden's favor — and she alleged that Dominion's equipment was also used by leftist President Hugo Chavez (who died of cancer in 2013) to steal votes in Venezuela. However, Dominion has stressed, in response, that its equipment has never even been used in the South American country.

Batten, in his decision, complained, "I find that the plaintiffs waited too long to file this suit. Their primary complaint involves the Dominion ballot marking devices. They say that those machines are susceptible to fraud. There's no reason they could not have followed the Administrative Procedure Act and objected to the rule-making authority that had been exercised by the secretary of state."

The judge added, "This suit could have been filed months ago…. The plaintiffs waited over three weeks after the election to file the suit — there's no question, in my mind, that if I were to deny the motion to dismiss, the matter would be brought before the 11th Circuit, and the 11th Circuit would reverse me. The relief that the plaintiffs seek, this court cannot grant."

In the Michigan lawsuit that Judge Parker criticized, Powell wanted to decertify the election results — and she wanted to do the same thing in Georgia. And Batten was vehemently opposed to that idea.

"Finally, in their complaint, the plaintiffs essentially ask the court for perhaps the most extraordinary relief ever sought in any federal court in connection with an election, and they want this court to substitute its judgment for that of 2.5 million Georgia voters who voted for Joe Biden — and this I am unwilling to do," Batten ruled.