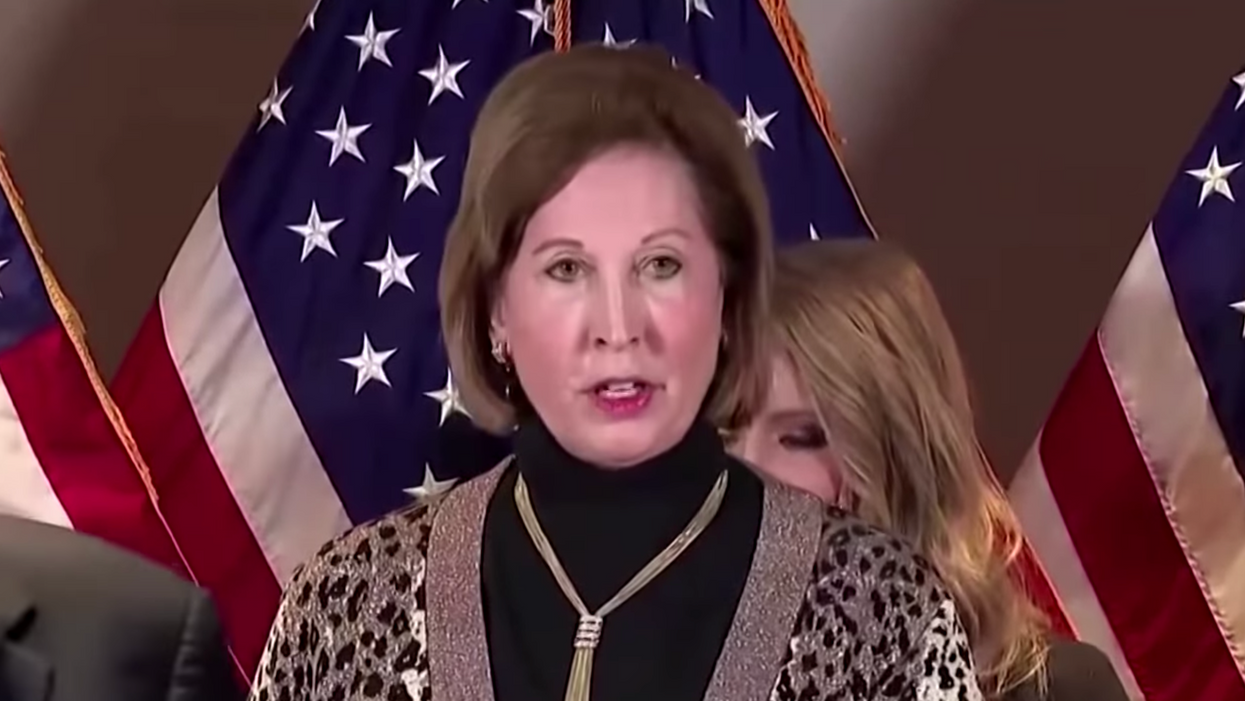 Pro-Trump lawyer Sidney Powell has touted a challenge to the 2020 election in Georgia as her "Kraken," comparing the lawsuit to the mythical beast. But this supposedly epic legal challenge has a surprisingly gigantic error. While arguing for the Eleventh Circuit, she pushed her ridiculous and unfounded claim that Dominion Voting Systems switch votes during the election.

But she seems to have gotten her words mixed up, or forgotten which candidate she was supposed to be arguing for mid-sentence. Because the lawsuit claims that the machines switched the votes from Biden and to Trump — which would indicate a fraudulent conspiracy on the president's behalf, and one that failed anyway.

The glaring claim is located within the in background arguments for the case filed by Powell and her colleague Lin Wood, as Law & Crime pointed out.

"[T]here were all imaginable varieties of voting fraud," appellants said, "including machine-controlled algorithms deliberately run by Dominion Voting Systems that generally took more than 2.5% of the votes from Mr. Biden and flipped them to Mr. Trump for a more than 5% fraudulent increase for Mr. Biden."

Taken at face values, the first half of the sentence alleges that fraudulent voting activity was favorable for President Donald Trump.

The mishap was not missed by social media and many are yet again criticizing the Trump campaign for its frivolous and sloppy post-election lawsuits. Now, the president's campaign legal team is being widely criticized for what is being described as an "epic fail."

Late Wednesday night, Powell, Wood and their co-counsel submitted their briefing to the U.S. Court of Appeals for the Eleventh Circuit asking the court to issue a temporary injunctive to decertify the results of the presidential election results in the state. They are also requesting that defendants Georgia Gov. Brian Kemp (R) and Secretary of State Brad Raffensperger (R) to "preserve all data on the Dominion System" so "Republican Electors can audit the Dominion System" in 10 of the state's counties. The state of Georgia said this request would pose a security risk.

The Trump campaign legal team's latest blunder comes as the president loses legal battle after legal battle. Despite the president's attempts to overturn the election, his efforts have fallen gravely short.