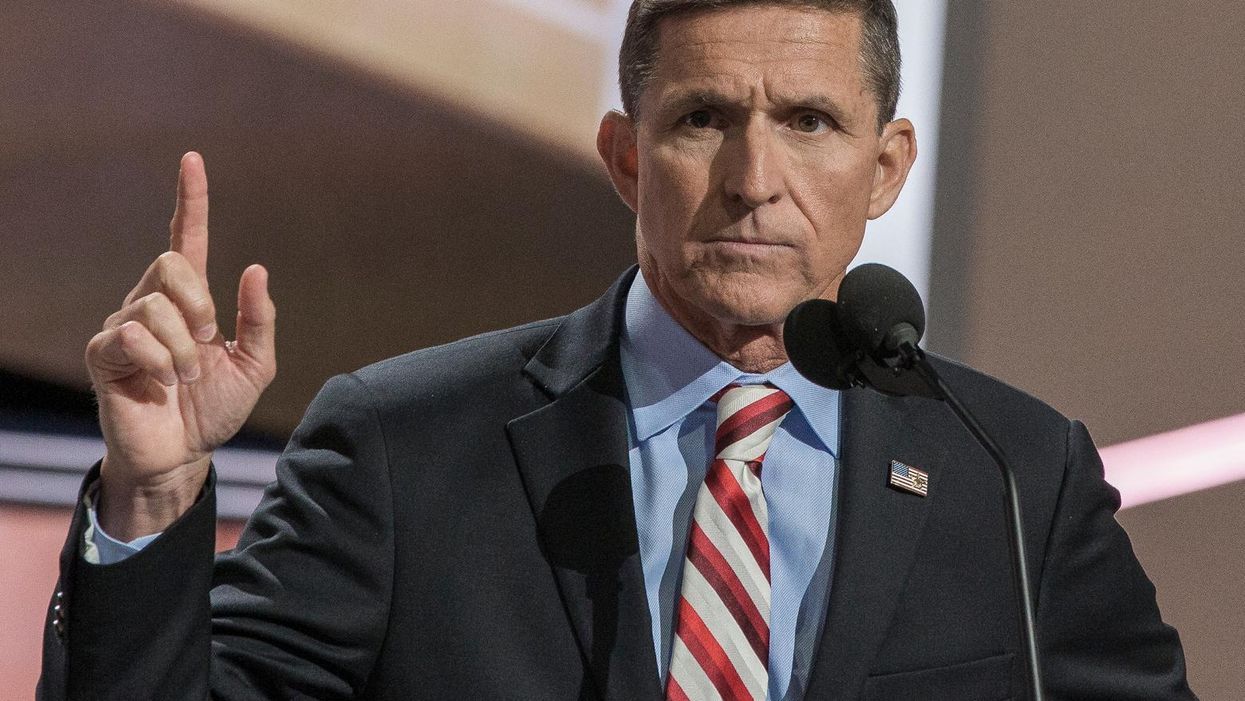 Many Americans were shocked to wake up Wednesday to see former Trump National Security Adviser Mike Flynn calling for martial law so the U.S. military can hold a "do-over" election. Flynn is not alone, there is a large number of people promoting this lawless and unconstitutional behavior, all in service to Donald Trump.

Flynn and other far right wing "leaders," including pro-Trump attorney Lin Wood, are pushing a Tea Party group's statement "demanding that President Trump Invoke limited Martial law in order to allow the U.S. Military to oversee a new free and fair federal election if Legislators, Courts and the Congress do not follow the Constitution."

To be clear, there was no significant election fraud or voter fraud. Even Trump's own Attorney General Bill Barr made that declaration on Tuesday.

The far right has taken over the main Republican Party, and this is a direct result.

Many on social media are furious, especially since no Republican, especially President Trump, has called to put a stop to this dangerous incitement. Many are rightly criticizing these self-declared "patriots" – many of whom are coming close to appearing to embrace sedition – as astonishingly hypocritical.

They are 100 percent OK with suspending the U.S. Constitution because Trump legitimately lost, holding a military-overseen election "do-over" because Trump lost (by nearly 7 million votes), but wearing a face mask to prevent the spread of a deadly virus violates their "rights" and is "fascism."

Democratic Congressman Eric Swalwell is challenging his GOP peers to denounce the hypocrisy:

Here's what others are saying. Take a look:

@TX_WalkerRanger So you think being told to wear a mask is fascism.... but declaring martial law and forcing a new… https://t.co/P8QdciPvcE
— Eddie Alexander (@Eddie Alexander)1606924277.0

wearing a mask is tyranny but declaring martial law to redo the election because trump lost is fine actually trump… https://t.co/SdptXTSJFT
— ヴァハ・マイロ (@ヴァハ・マイロ)1606916405.0