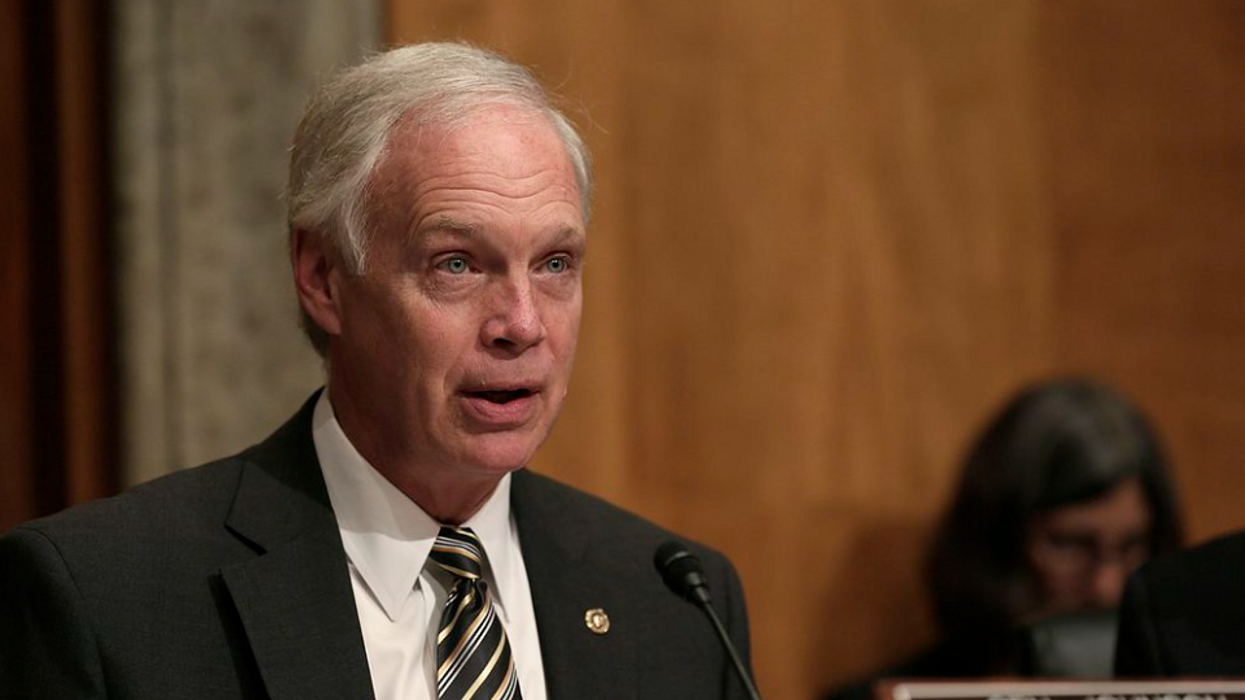 A former local official in Wisconsin exposed Sen. Ron Johnson (R-WI), revealing the real reason why he refuses to acknowledge President-elect Joe Biden as the next President of the United States.

In an editorial published for the anti-Trump conservative site The Bulwark, Mark Becker — a former Brown County, WI, supervisor, and former chairman of the county's Republican Party, shed light on a private call between him and the Republican senator. The call reportedly occurred on Nov. 14.

According to Becker, Johnson described the situation as "political suicide" as he admitted that it is the reason why he and most Republican lawmakers refuse to publicly admit that President Donald Trump lost the presidential election.

"Senator Johnson knows that Joe Biden won a free and fair election," Becker wrote. "He is refusing to admit it publicly and stoking conspiracies that undermine our democracy solely because it would be 'political suicide' to oppose Trump."

So, how does Johnson personally feel about Trump? Becker revealed the senator has a relatively colorful opinion of the embattled president.

"Donald Trump is an a**hole," Johnson said, according to Becker. However, he conceded that he does believe Trump has been "right" in some instances.

"Even though [Trump] is an a**hole, he was right on so many things," Johnson told Becker.

The Republican senator also criticized the anti-Trump conservative groups like The Lincoln Project and Republican Voters Against Trump describing members of those types of groups as "money-grubbing pieces of s**t" despite the Trump campaign forming new political action committees (PACs) to raise funds for his post-election legal battle and other purposes.

The latest report comes as Johnson and dozens of other senators face criticism for their failure to denounce Trump's post-election behavior, actions, dangerous rhetoric and unfounded claims of voter fraud. Only a handful of Republican lawmakers have pushed back against the president and urged him to concede.

Johnson has yet to release a statement in response to Becker's claims.