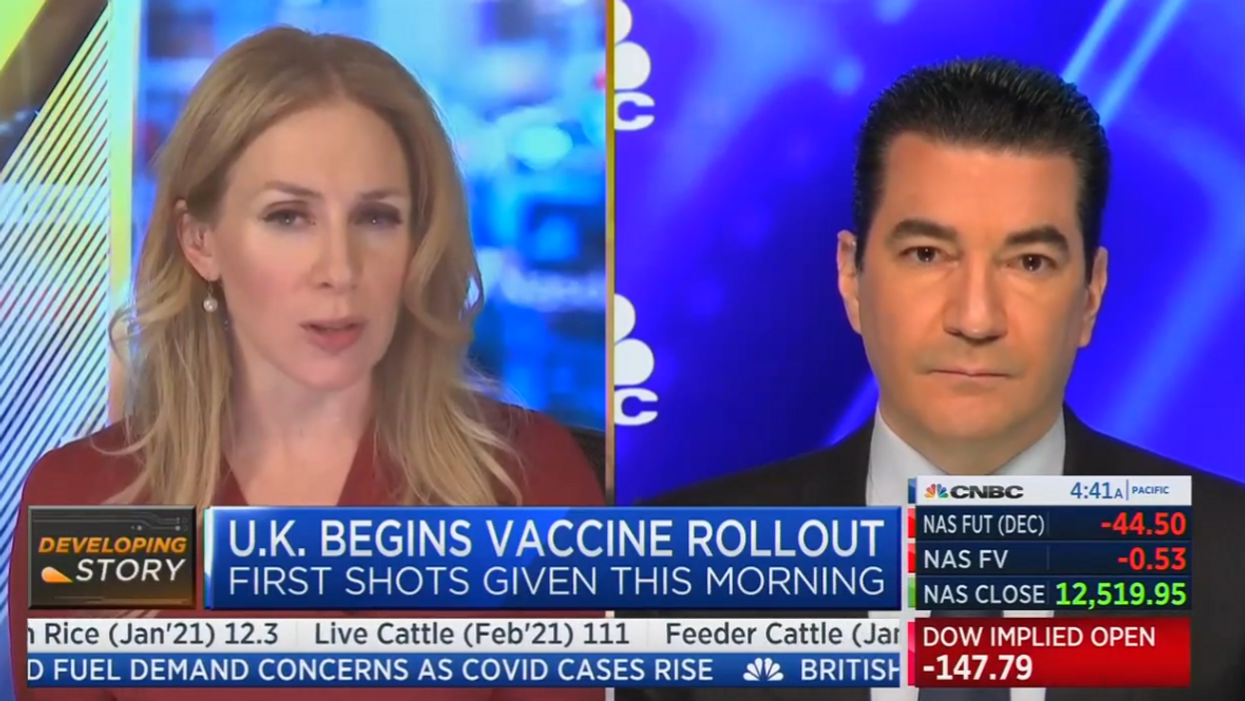 Scott Gottlieb — the former U.S. Food and Drug Administration (FDA) commissioner and current board member at Pfizer — confirmed the Trump administration did, indeed, strike down the drug manufacturer's offer to produce an additional 100 million doses of the coronavirus vaccine.

During an interview with CNBC, Gottlieb shed light on the manufacturer's discussions with the Trump administration last summer. At the time of the discussion when Pfizer signed its advance contract to deliver the first 100 million doses, the company opted to also sell to other countries, including sealing a deal to sell more than 200 million dose to the European Union.

"Pfizer did offer an additional allotment coming out of that plan, basically the second quarter allotment, to the U.S. government multiple times — and as recently as after the interim data came out and we knew this vaccine looked to be effective," Gottlieb confirmed.

Gottlieb continued, "I think the government made a bet that they are going to option or advance purchase vaccine from multiple manufacturers. They have agreements now with five or six manufacturers for about 100 million doses each manufacturer. They want to spread those bets."

Since Pfizer and Moderna are the only two drug manufacturers applying for FDA emergency authorization to distribute doses, vaccine supplies will likely be too limited to expedite vaccinations of the full U.S. population. Gottlieb also weighed in with his take on how the Trump administration may be viewing the process.

"I think they're betting that more than one vaccine is going to get authorized and there will be more vaccines on the market, and that perhaps could be why they didn't take up that additional 100 million option agreement."

Despite concerns about the scarcity of vaccine supplies, a Department of Health and Human Services spokesperson released a statement to the New York Times expressing confidence in their ability to deliver the doses agreed upon in the initial, contractual agreement.

"We are confident that we will have 100 million doses of Pfizer's vaccine as agreed to in our contract, and beyond that, we have five other vaccine candidates, including 100 million doses on the way from Moderna," the spokesperson said.

Since the full coronavirus vaccine is delivered in two separate doses, the initial 100 million will likely only be enough to inoculate 50 million Americans. With a U.S. population of more than 350 million people, it could be several months before there are enough doses for the entire country.