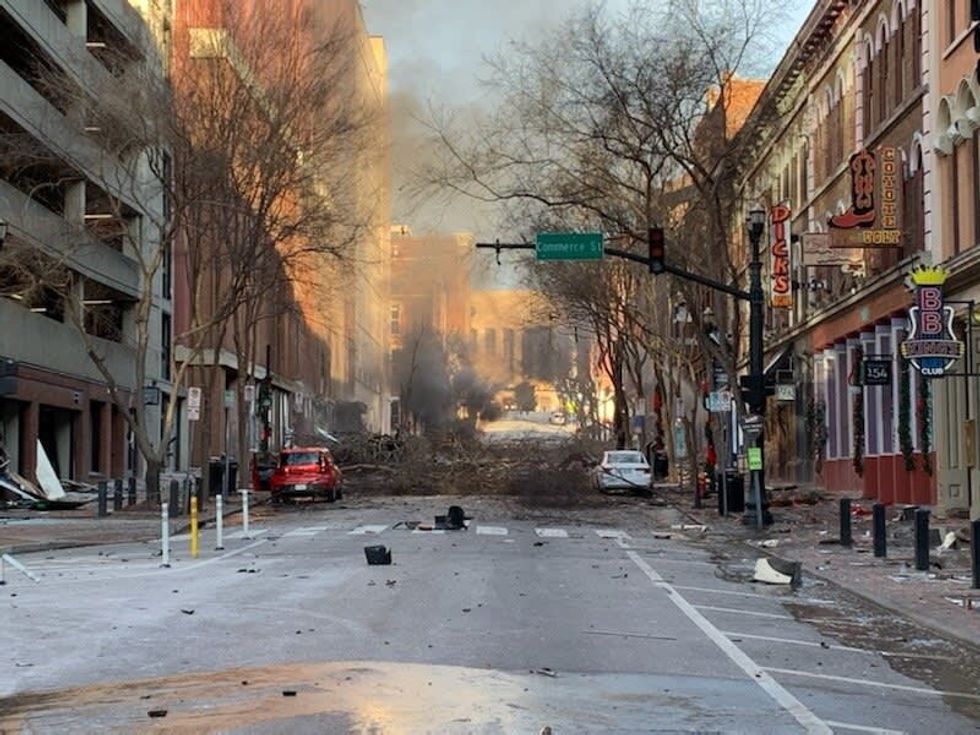 Washington (AFP) - A huge explosion tore through a section of downtown Nashville early Friday, after police responding to reports of gunfire discovered a parked motorhome playing a recorded bomb warning.  The blast shattered windows and ripped apart trees but appeared calculated to spare lives, injuring just three people as it detonated at 6:30am (1130 GMT) in a section of the southern US city that was largely deserted due the early hour and the Christmas Day holiday. The blast left as many as 20 buildings including store fronts badly damaged and the road surface charred -- scattering glass, t...