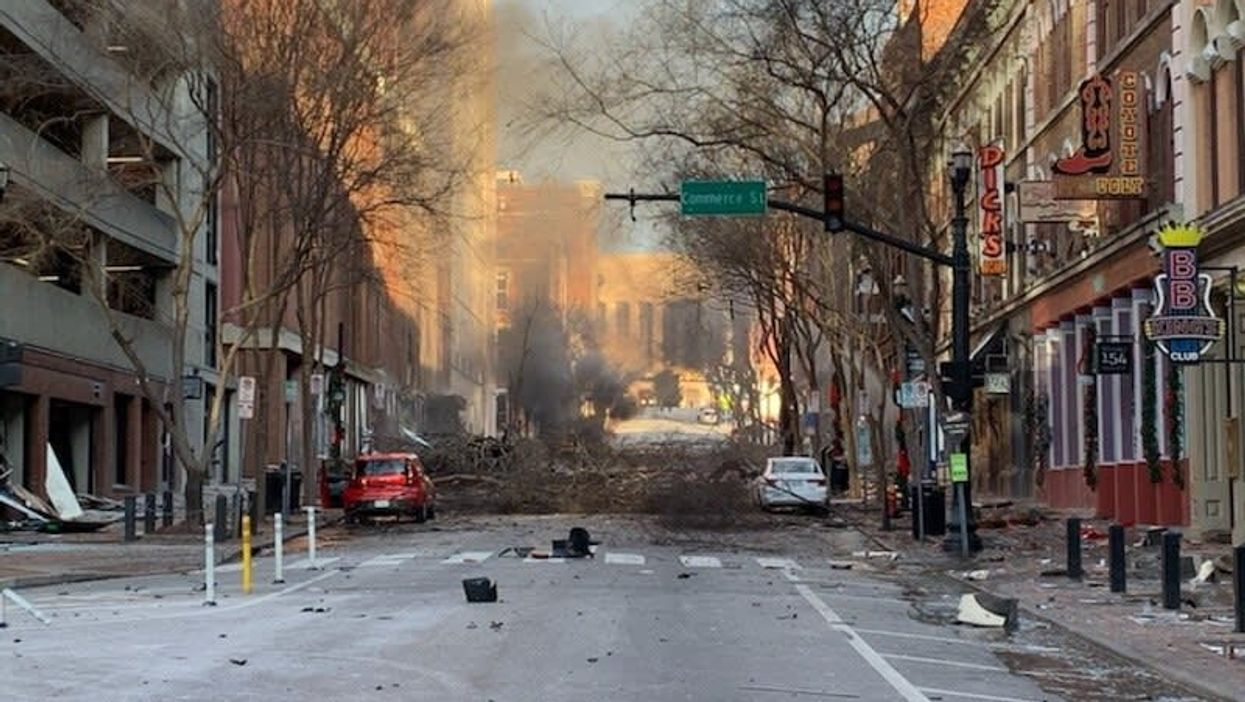 An eye-witness to the Nashville bombing said that the recording on the RV wasn't what woke her up before the bomb went off, it was gunshots.

Speaking to CNN's Anderson Cooper, Betsy Williams said that she and her husband, who live about a block from the blast site, heard what she said sounded like automatic weapon fire. Cooper said that there were reports that the gunfire could have been part of the recording warning people to leave the area, but Williams said that she couldn't hear the recording and it was the gunshots that woke her family up.

Willams said that she called 911 to report shots fired and estimated that it was between 8 and 10 shots that they heard. When they went outside they heard the recording that the bomb was going to go off and to evacuate the area. They got in their car and drove across the river for safety. After the 15 minutes had passed, and nothing happened, they called 911 again to ask what they should do. She said it was about 30 minutes after the countdown began that the bomb actually went off. She recalled that the countdown began about 5 or 10 minutes until 6:00 a.m. because she remembered the countdown being at 11 right at 6:00 a.m.

She explained that the voice on the announcement was a computerized woman's voice and that it was counting down the 15 minutes. She left at about the eight-minute mark.

See the interview with Williams below: