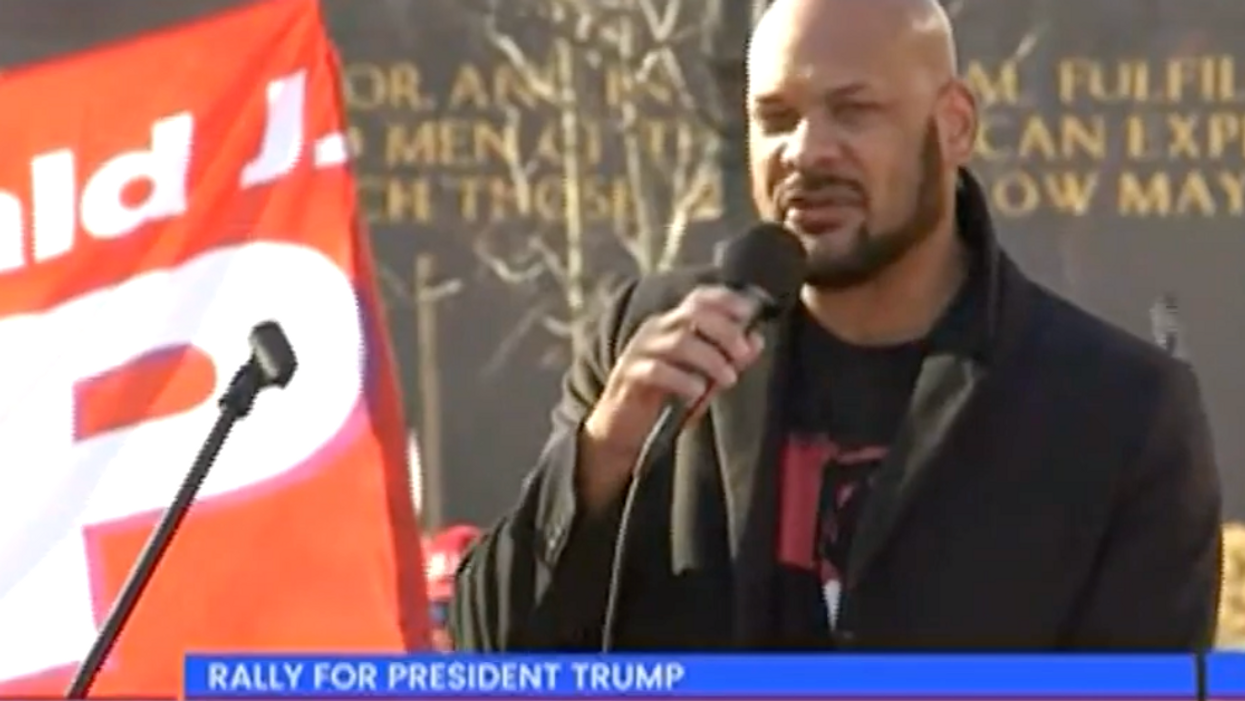 The Trump administration is a swamp. The great con that Trump was able to to perpetrate on the Americans who voted for him was that his political outsider credentials—which were and remain real—would allow him to clean up the big money corruption developed and fostered predominantly by the Republican Party in Washington, D.C. The reality has been that not only has Trump further swampified the government, he's also brought in new con men and women into the government—or more realistically, brought around the government to leech off of. These are people like Mike Lindell and David Harris. Lindell you might remember as the MyPillow guy who sort of makes up a lot of right-wing media advertising dollars. He's a shameless mad hatter pushing unproven COVID-19 remedies and alien-level conspiracy theories about the election.

David Harris is a lesser known former vitamin huckster who rebranded himself as a Black conservative and received a big boost from Trump in popularity. His angle is that he's conservative and he's Black and there's a financial niche market to be found in super racist right-wing circles if you can serve the purpose of making right-wingers feel less racist than they are. Harris was highlighted as one of the top "superspreaders" of Trump's false election misinformation by The New York Times in the weeks after Election Day. On Sunday, Harris was in Washington, D.C. for one of the "Stop The Steal" Trump rallies of people trying to overthrow the U.S. government. He spoke on stage in front of others, like the Mike "MyPillow" Lindell. It turns out that before Harris went into his speech, which mostly consisted of a long-winded recitation of a Bible passage, he had some shilling to do.

One of the people helping to fund these rallies is Lindell, and Harris wanted to make sure the audience gave Lindell the applause and recognition he deserves; being a scumbag who wants to overthrow the government takes money and time and conning. Before Lindell went up to bluster away relatively incoherently about how all of the Biden votes are proof that Donald Trump has more votes (yes, that was the basic statement by MyPillow man on Sunday), Harris had some business to do for what we call in the entertainment business the money.:

DAVID HARRIS: A special thank you to the cosponsor that really helped fund a lot of this. Mr. MyPillow himself, Mike Lindell! Amazing patriot, loves this country, loves us, loves the president, and the president loves him. And I gotta tell you I love his codes, right? I love his pillows, I love his sheets, I love his mattress topper, and I love his codes because you know what, the Kraken has been released. You are a part of the Kraken. So for the best deals to support this patriot, use the code "Kraken" at mypillow.com. He does not talk about a lot of what goes through behind the scenes, but he goes through a lot of hell for standing up for us.

It's very important to note here how Harris began by saying, "And I gotta tell you I love his codes, right?" before remembering that he needed to do the whole make sure to mention the things Lindell sells (i.e., sheets and bed toppers), and then mention the codes. It's one of the things you learn doing live readings for ads. There are a few things you need to hit and if you nail it, you make it seem like you aren't doing an ad. Usually you just have to remember to mention all of the things in the right order. Harris does a fine job selling that MyPillow merch. We are just weeks away from their discount promotional codes going from "Kraken" to things like "IAMASucker" and "PleaseTakeMyMoney."

After the day's events, Proud Boys and other racists from the day's "peaceful protests" went on to enact seemingly state-sanctioned violence against Americans who are interested in protecting our democracy from ethno-state insurgents and domestic terrorists like Trump and friends.