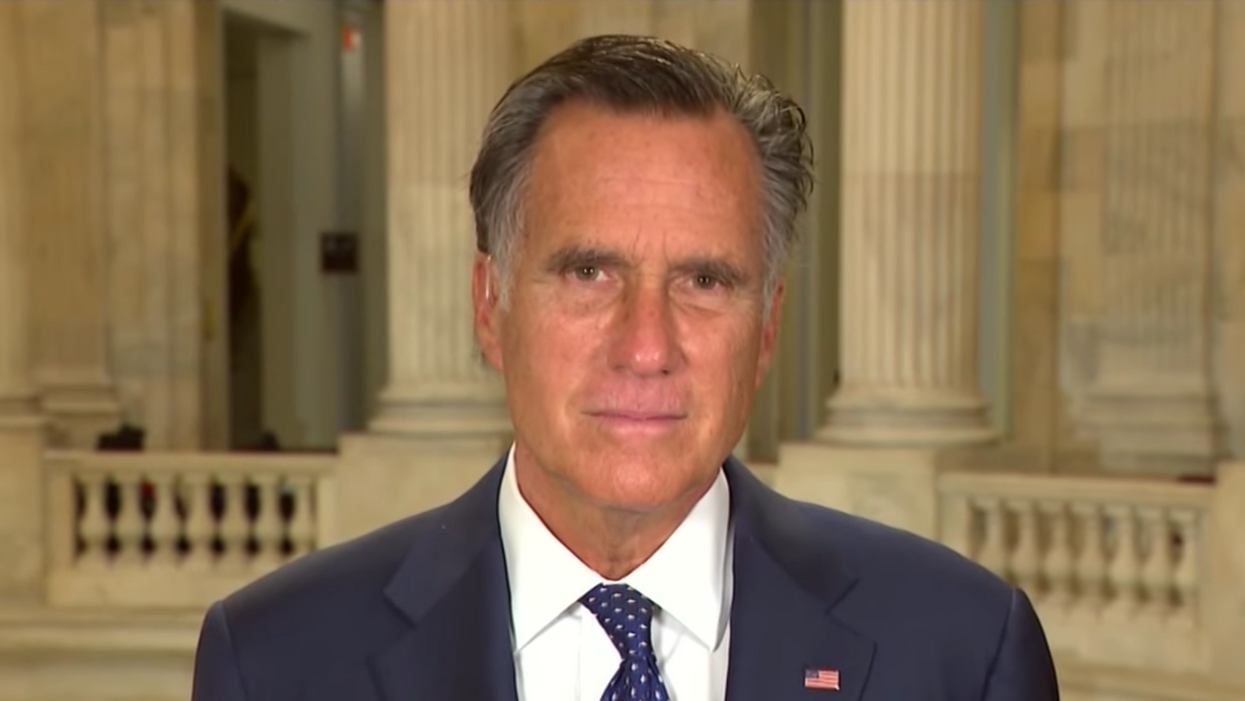 Although President Donald Trump has been voted out office, most Republicans in the U.S. Senate are afraid to publicly say anything critical of him. GOP Sen. Mitt Romney of Utah is a key exception, vehemently criticiziung Trump's response to the coronavirus pandemic during a CNN appearance on Thursday.

With the number of COVID-19 infections soaring all over the United States, Dr. Anthony Fauci and other medical experts are warning that the worst of the pandemic is yet to come. And Romney, interviewed by CNN's Wolf Blitzer, lamented the fact that COVID-19 isn't a high priority for the outgoing president.

Blitzer, discussing the pandemic, told the Utah senator, "Where is the president's leadership? He's obsessed with everything else, not with this" — to which Romney responded, "This hasn't been the focus of his rhetoric, apparently, and I think it's a great human tragedy, without question. The extraordinary loss of life is heartbreaking — and in some respects, unnecessary. Not in all respects."

Romney added, "We've relaxed our standards as individuals. Some states haven't had mask mandates. And from Washington, we have not had a constant, consistent plan and plea for people to wear masks, to social-distance, to take all the measures that would reduce the spread of this disease."

The Utah senator implied that fellow Republicans should not be politicizing the pandemic.

"It's unfortunate that this became a political issue," Romney told Blitzer. "It's not political. This is public health."

Blitzer, during the interview, also brought up Trump's refusal to concede to President-elect Joe Biden and his claims of widespread voter fraud. Romney is among the Senate Republicans who has been acknowledging Biden's victory, and he told Blitzer, "The courts have all looked at the evidence and said there's no evidence there…. The idea of widespread fraud has simply not been shown to us…. And so, for the president or anyone else to go out and allege widespread fraud and say the election was rigged and the election was stolen, that obviously strikes at the foundation of democracy here."