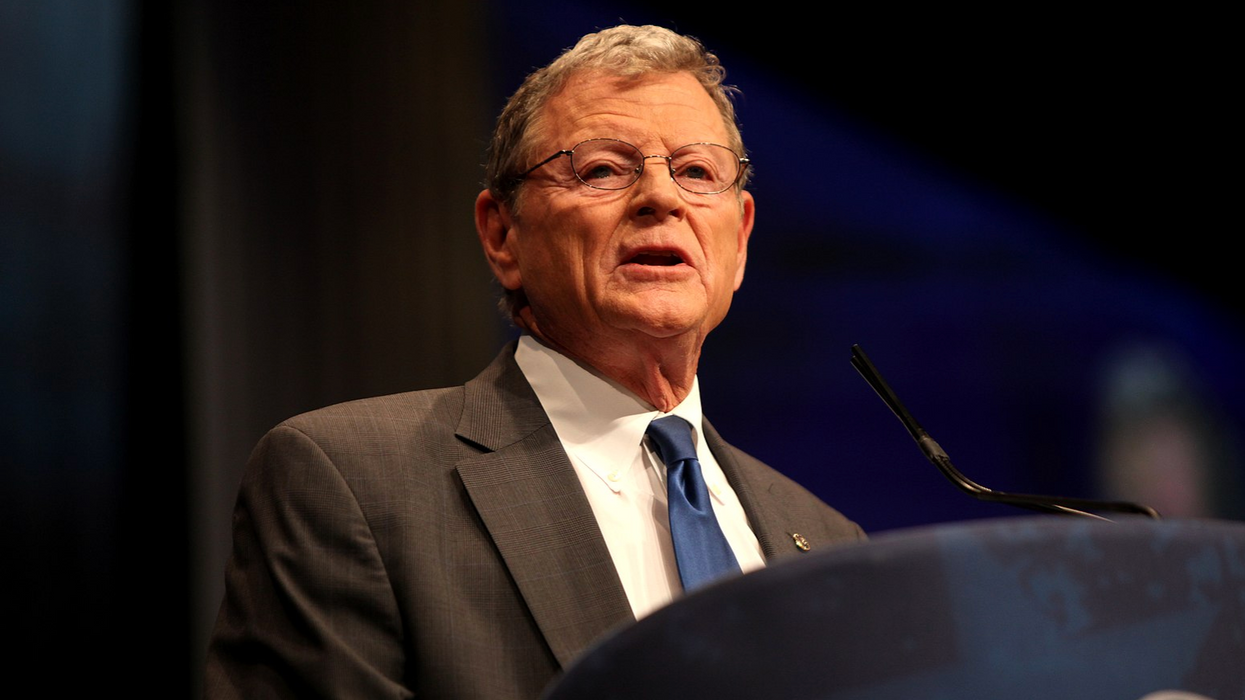 The military spending bill is coming up for a vote in the "Lame Duck Session" but the two major things President Donald Trump wanted aren't happening now.

Oklahoma Sen. Jim Inhofe was walking through the halls of the U.S. Capitol with the president on speakerphone again, this time telling him the bad news about the bill. Inhofe was caught by reporters in a Capitol Hill restaurant several months ago loudly talking to Trump on a speakerphone. In that call, he promised Trump that there would not be name changes to Confederate bases.

"The conversation," in July, "overheard and recorded by someone in the room, ranged from a discussion about Anthony Tata, the retired Army brigadier general whose nomination for a top Pentagon policy position has become complicated, to Mr. Trump's desire to preserve the name of Robert E. Lee, a Confederate general, on a military base," said a New York Times report.

But according to Axios, Inhofe told Trump: "This is the only chance to get our bill passed."

The bill will not repeal the liability protections for tech companies, nor will it block the renaming of military bases that are named after confederate generals who lost the Civil War.

Read the full report at Axios.