The humiliation of Mike Pence is 'reaching a crescendo': Trump biographer 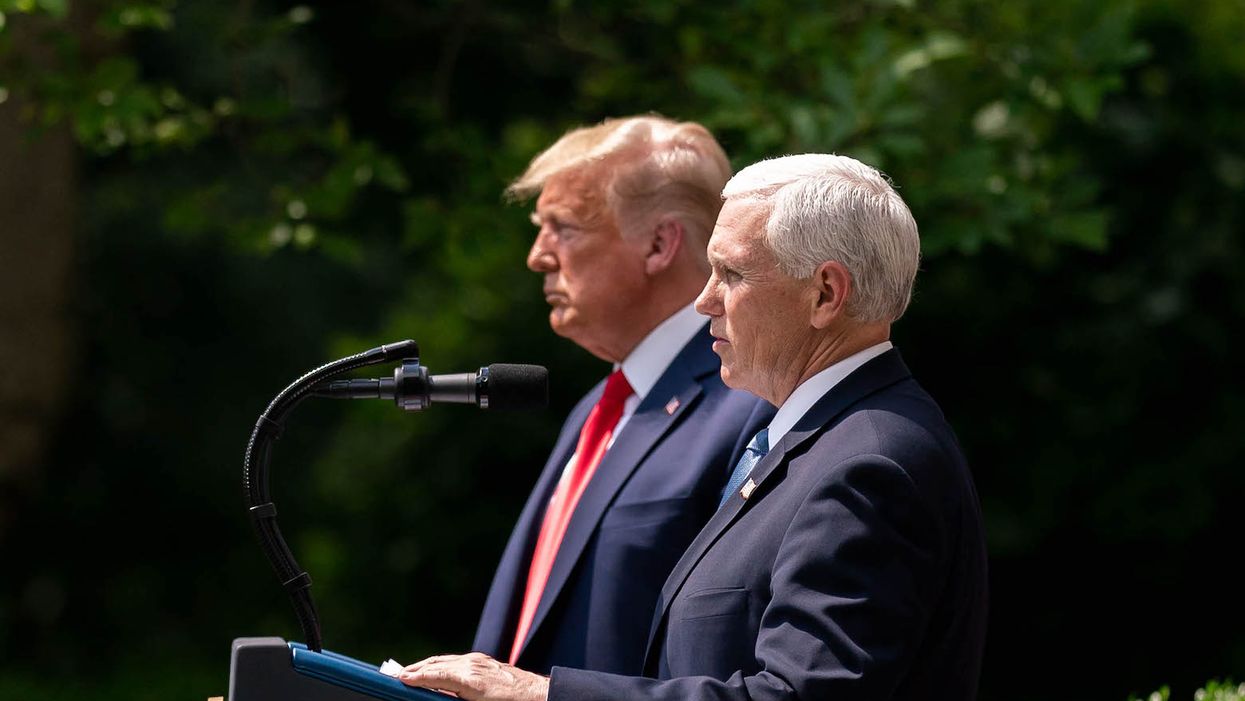 Donald Trump continues to humiliate his own vice president, according to a new analysis published by CNN.

"The four-year humiliation of Vice President Mike Pence is reaching a crescendo," wrote Michael D'Antonio, the author of the book Never Enough: Donald Trump and the Pursuit of Success. D'Antonio is also the co-author, with Peter Eisner, of the book High Crimes: The Corruption, Impunity, and Impeachment of Donald Trump.

"One-term President Donald Trump, who lost the 2020 election to Joe Biden by over seven million votes, is reportedly pressuring Pence to take steps to overturn the will of the people. He seems to think the vice president could perform this duty when Congress meets to certify the results on January 6," CNN reported. "Fortunately, the US Constitution offers Pence no way to stop the process as he presides over the joint session of the House and Senate next week, a process that Biden presided over four years ago when Trump's victory was certified)."

"To be fair, Pence's tenure as vice president has looked like a continuous show of servility. When he wasn't offering over-the-top praise to Trump and his policy choices, he stood at his side beaming, with the kind of adoring expression that recalled Nancy Reagan's appreciative look toward her husband, former President Ronald Reagan," he wrote. "A man who regularly declares his faith, Pence is hardly the type to become a political apostate -- not with the paradise of the presidency in sight. Pence's dogged commitment to his wingman role may please certain Trump voters, but it doesn't mean the nomination or the White House will be his for the taking. Just consider the campaign banner displayed two months ago at an event in Nevada. What did it say? 'Don Jr. 2024.'"