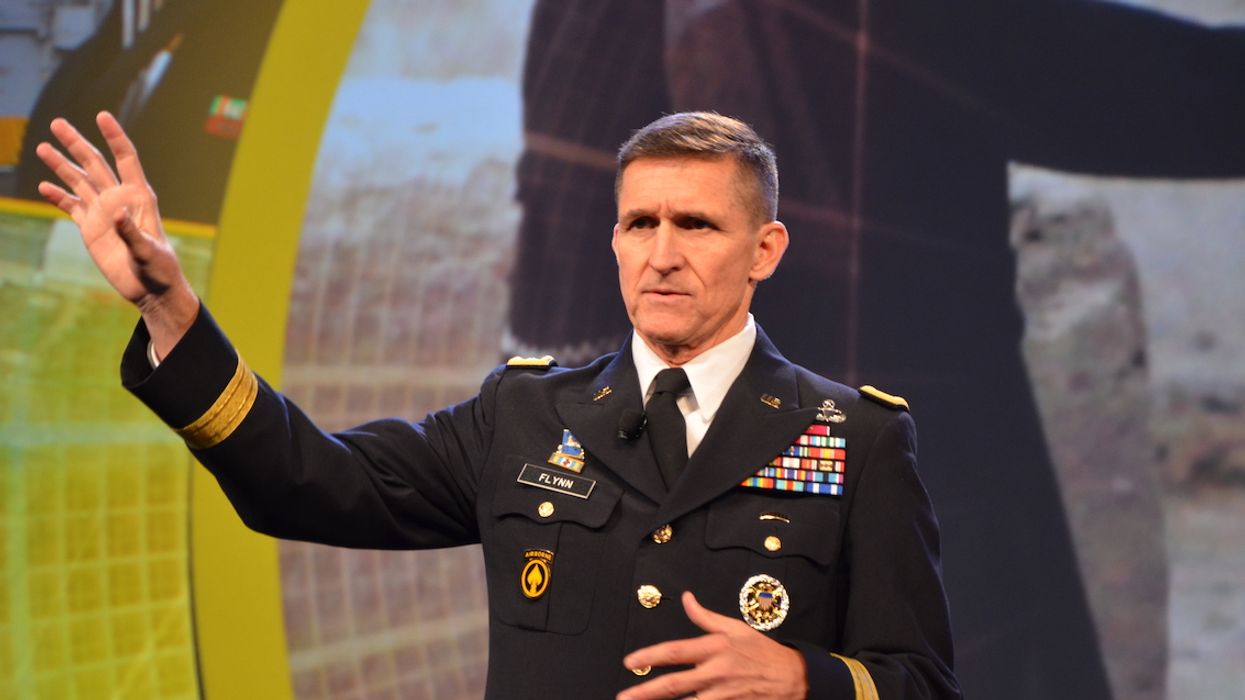 Michael Flynn, former National Security Adviser for the Trump administration, is taking his support of conspiracies to a whole new level with the promotion of QAnon merchandise.

According to The Daily Beast, Flynn's longstanding legal battle with special counsel Robert Mueller made him a popular among QAnon supporters. In fact, the publication explained that many QAnon supporters often rely on subtle "clues" to "to construct a worldview where the Democratic Party and other institutions are controlled by a cabal of pedophile-cannibals." Some QAnon supporters actually believe Flynn could be "Q," the person behind the entire conspiracy.

On Tuesday, Flynn publicized his support of a website called "Shirt Show USA" which sells QAnon merchandise. The site showcases a number of products featuring QAnon's signature slogan "WWG1WGA," a key reference to QAnon's motto, "Where we go one, we go all." The site also features "other 'official' Flynn-themed merchandise" and some of the product descriptions also argue that QAnon is not just another conspiracy theory.

"It's no conspiracy and it's certainly more than a theory," the description reads. "The Great Awakening is happening and the signs are everywhere."

Flynn's son Michael Flynn Jr. also expressed support for the movement. On Tuesday, Flynn Jr., took to the conservative social media platform Parler, where he released a brief statement claiming the profits from the site would be used to support "his father and 'digital soldiers'" in their battle against the so-called "fake news.'"

"Each purchase helps @genflynn and his army of Digital Soldiers in the fight against fake news," Flynn's son said.

"Digital Soldiers" is an upcoming conservative media outlet deriving from a collaboration between "Flynn and conspiracy theory website UncoverDC, which is run by major QAnon promoter Tracy Diaz."

On the website, it reads, "Digital Soldiers from all over the world have stepped up to fill the void where real journalism once stood," the site reads. "We are pushing back against the rise of fake news."