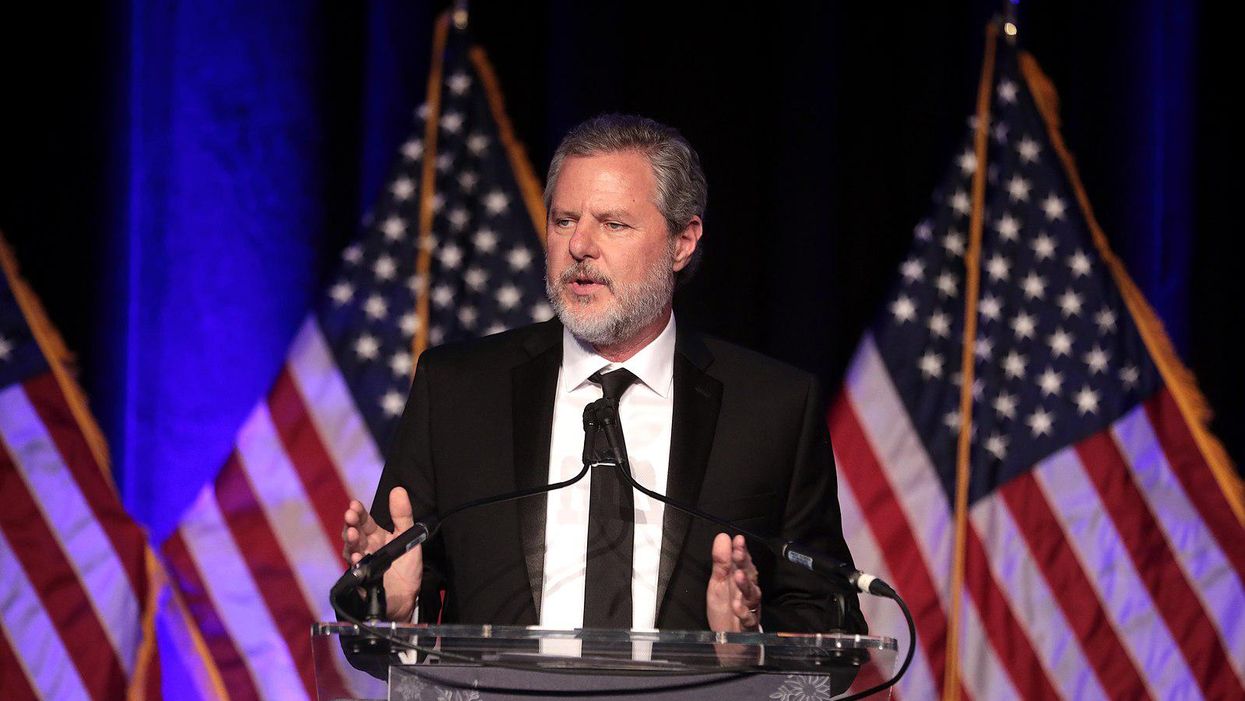 The Christian right, from Franklin Graham to Christian Broadcasting Network founder Pat Robertson, was bitterly disappointed when President Donald Trump was voted out of office and former Vice President Joe Biden became president-elect of the United States. Another prominent evangelical ally of Trump was former Liberty University President Jerry Falwell Jr., who, according to Politico journalist Maggie Severns, spent millions of dollars promoting the outgoing president and his causes.

Falwell Jr., Severns reports, "pumped millions of the nonprofit religious institution's funds into Republican causes and efforts to promote the Trump Administration, blurring the lines between education and politics."

"The culmination of his efforts was the creation of a university-funded campus 'think tank' — which has produced no peer-reviewed academic work and bears little relation to study centers at other universities — that ran pro-Trump ads, hired Trump allies including former adviser Sebastian Gorka and current Trump attorney Jenna Ellis to serve as fellows and, in recent weeks, has aggressively promoted Trump's baseless claims of election fraud," Severns explains. "The think tank — called the Falkirk Center, a portmanteau of Falwell's name and that of GOP activist Charlie Kirk, who co-founded it — purchased campaign-season ads on Facebook, at least $50,000's worth of which were designated by the network as political ads, that promoted Trump and other Republican candidates by name."

In his final years at Liberty, Falwell spent millions on pro-Trump causes, including the bogus "Falkirk Center," a… https://t.co/ENZhkBA2Y0
— Justin Hendrix (@Justin Hendrix)1607947504.0

The Falwell family has long been political. During the 1950s and 1960s, Falwell Sr. was a notorious segregationist and used his pulpit to defend racist Jim Crow laws in the Deep South. But Marybeth Baggett, who formerly taught at Liberty University, believes that the Christian fundamentalist college became even more overtly political during the Trump era.

Baggett told Politico, "The apparatus of the university has turned more and more towards political ends and concerns. Obviously, the school is conservative, yes. But I don't feel like it was ever so agenda-driven as it was in the last four of five years."

Baggett has a problem with Liberty University giving the Falkirk Center so much support when the college's humanities programs were being slashed. The former Liberty teacher told Politico, "All of these deep cuts are happening in humanities departments, departments that are dedicated to the intellectual life and thinking hard about complicated questions. Falkirk offers very, very easy, simple answers."

Karen Swallow Prior, who taught at Liberty University for 21 years before her departure, believes that the Falkirk Center should be discontinued.

Prior told Politico, "The Falkirk Center, to me, represents everything that was wrong with Liberty when Jerry (Falwell Jr.) was there. It's brazenly partisan."