How Moral Majority founder Jerry Falwell, Sr. helped pave the way for Trumpism and the white nationalist horrors of the Trump era 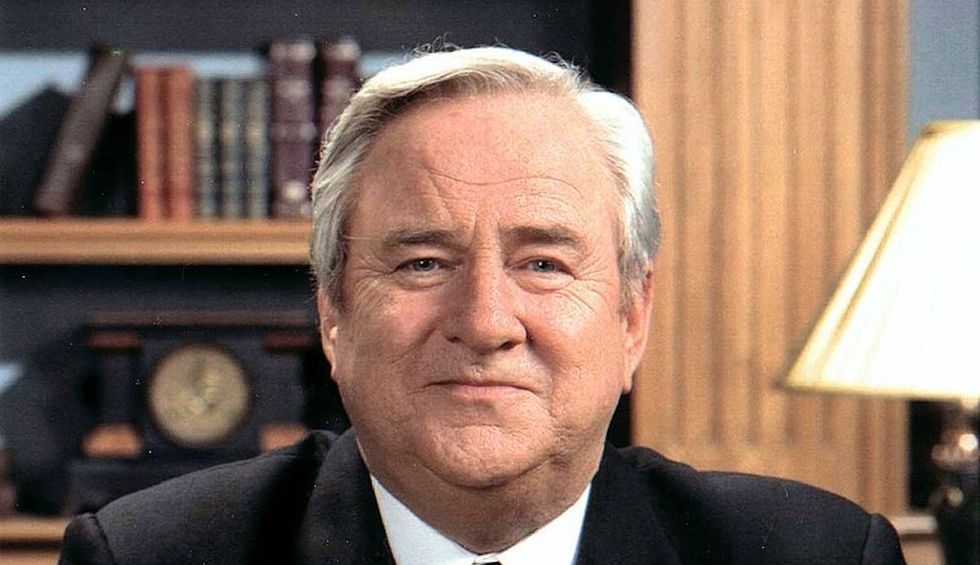 In August, Jerry Falwell, Jr. became the most recent far-right white evangelical to become caught up in a sex scandal — one that led to his resignation as president of Liberty University. Falwell has been one of President Donald Trump’s most ardent Christian Right supporters, often expressing extreme views and drawing criticism for being quick to overlook the president’s extramarital affairs. But extremism in the Falwell family did not start with the former Liberty University president. Falwell is the son of the late Liberty University founder and Moral Majority co-founder, Jerry Falwell, Sr., and to understand Trumpism and the extremism of the Christian Right in 2020, one must understand the role that the older Falwell played in the rise of the Christian Right.

Born in Lynchburg, Virginia on August 11, 1933, Falwell, Sr. was very much a product of the Jim Crow era of the Deep South. The older Falwell was a rabid segregationist in the 1950s and 1960s, railing against Dr. Martin Luther King, Jr. and insisting that Jim Crow laws were God’s will. Falwell, Sr. defended racism from a Christian fundamentalist perspective, and he wasn’t shy about expressing his disdain for the U.S. Supreme Court’s 1954 ruling in Brown v. the Board of Education.

During one of his 1950s sermons, titled “Segregation or Integration: Which?,” Falwell, Sr. declared, “If Chief Justice (Earl) Warren and his associates had known God’s word and had desired to do the Lord’s will, I am quite confident that the 1954 decision would never have been made. The facilities should be separate. When God has drawn a line of distinction, we should not attempt to cross that line.”

Falwell, Jr. insisted, “The true Negro does not want integration…. He realizes his potential is far better among his own race.”

Racism has long been a part of the Christian Right, which is one of the reasons why, in 2020, far-right white evangelicals find Trump so appealing — and Falwell, Sr., in the 1950s and 1960s, was a Christian fundamentalist equivalent of Birmingham, Alabama Public Safety Commissioner Bull Connor and Georgia Gov. Lester Maddox (two of the leading segregationists). The Baptist minister later changed his mind about segregation and came out against it, but he continued to be an extremist when he founded Liberty University in 1971 and co-founded the Moral Majority in 1979. And in the 1980s, he played a key role in the Christian Right’s takeover of the Republican Party.

Thanks largely to Falwell, Jr., the Christian Right’s prominence in the GOP grew by leaps and bounds — much to the chagrin of the late Republican Sen. Barry Goldwater, who had no use for Falwell, Jim Bakker, Jimmy Swaggart, Pat Robertson and other far-right white evangelicals of the 1980s. Goldwater’s conservatism was more libertarian, and he believed that the Christian Right was terrible for the GOP and terrible for the conservative movement. But many other Republicans didn’t share Goldwater’s view and were more than happy to defend Falwell, Sr. when he railed against gays, feminists, liberals, Muslims and others he hated. Even after he changed his mind about segregation, Falwell, Sr. remained a master of white male grievance — one of the main ingredients of Trumpism.

During the Bakker and Swaggart sex scandals of the 1980s, Falwell, Sr. was quick to slam them for disgracing the Christian Right movement. And now, ironically, Falwell, Jr. is caught up in a sex scandal of his own.

After the terrorist attacks of September 11, 2001, Falwell, Sr. appeared on Robertson’s show, “The 700 Club,” and blamed liberals and progressives for the attacks — saying, “The pagans and the abortionists and the feminists and the gays and the lesbians who are actively trying to make that an alternative lifestyle, the ACLU, People for the American Way — all of them who have tried to secularize America. I point the finger in their face and say, ‘You helped this happen.’”

Instead of blaming al-Qaeda and Osama bin Laden for slaughtering 3000 Americans on 9/11, Falwell, Sr. blamed liberals, feminists and the American Civil Liberties Union. As he saw it, the ACLU might as well have flown those hijacked planes into the Twin Towers because they “helped” to make it happen.

Falwell, Sr., was 73 when he died on May 15, 2007. But 13 years after his death, his toxic influence on fundamentalist Christianity and politics remains — and that includes his son as well as President Donald Trump.