'Trump could be inaugurated': Newsmax's Greg Kelly breaks from network by refusing to accept Biden's victory 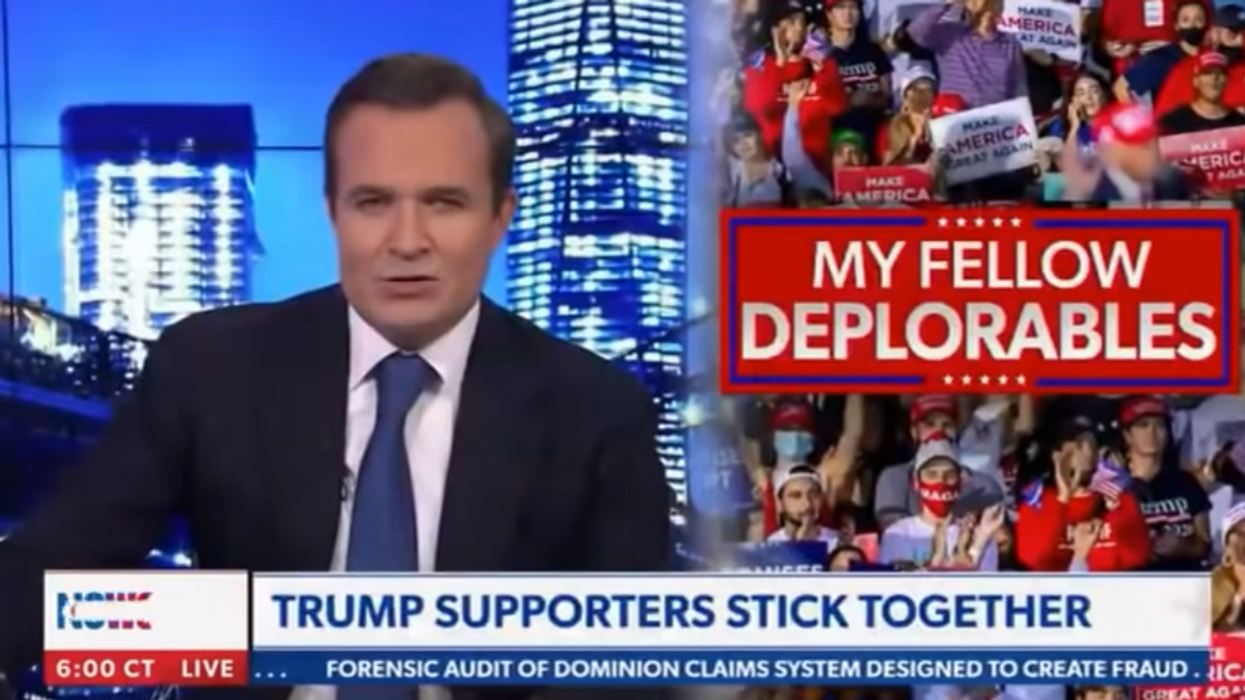 Not even the Electoral College vote has stopped some of the conspiracy theories and misinformation being circulated by right-wing media sites and news outlets. While Newsmax has admitted Joe Biden is the President-elect of the United States, the network also insists: "We also recognize President Trump continues to contest the results and we will cover aspects of that news story."

And on his recent broadcasts, network host Greg Kelly's is digging in his heels on Trump's contestation by refusing to move on and accept the election results. The network saw a rating surge after Biden was declared the winner of the election on November 7 — and Kelly has made it a point to continue sowing false seeds of hope.

On Monday evening after Electoral College voting concluded, Kelly, the network's most-watched host, adamantly disagreed with conservative members of the media who began acknowledging Biden as the president-elect.

Kelly said, "Now, I do know that there are smart, informed people who are saying that Joe Biden is the president-elect. Now, I disagree with them, and it's not just a hunch that I'm going on, it's the Constitution."

Despite the Trump campaign having more than 50 lawsuits tossed out of court due to no substantial evidence to back claims of voter fraud, Kelly is still arguing that justification is needed. "At this point, there is some political and some historical justification for them to do so at this point. I personally feel they're wrong."

During the same segment, Kelly criticized Biden's address following the Electoral College vote as he insisted that there is still a "significant chance" Trump could be the candidate inaugurated in January 2021.

"Hey, remember Joe Biden's speech yesterday when purportedly, he clinched the Electoral College? He didn't do too much talking," Kelly said. "He did more coughing, it seemed like. A small sample of the coughs and I'm concerned because the way it's looking for Joe, his health, I don't think he's gonna make it for Donald Trump's second inauguration."

He added, "Yes, on January 20th, I do believe that there is a significant chance that Donald Trump could be inaugurated."

Repeatedly, Kelly continued to spread dangerous misinformation as he argued that the election is still "not over."

"Hey, it is not over," Kelly said, adding, "It's not, actually. You can look it up in the Constitution. See what happens folks."