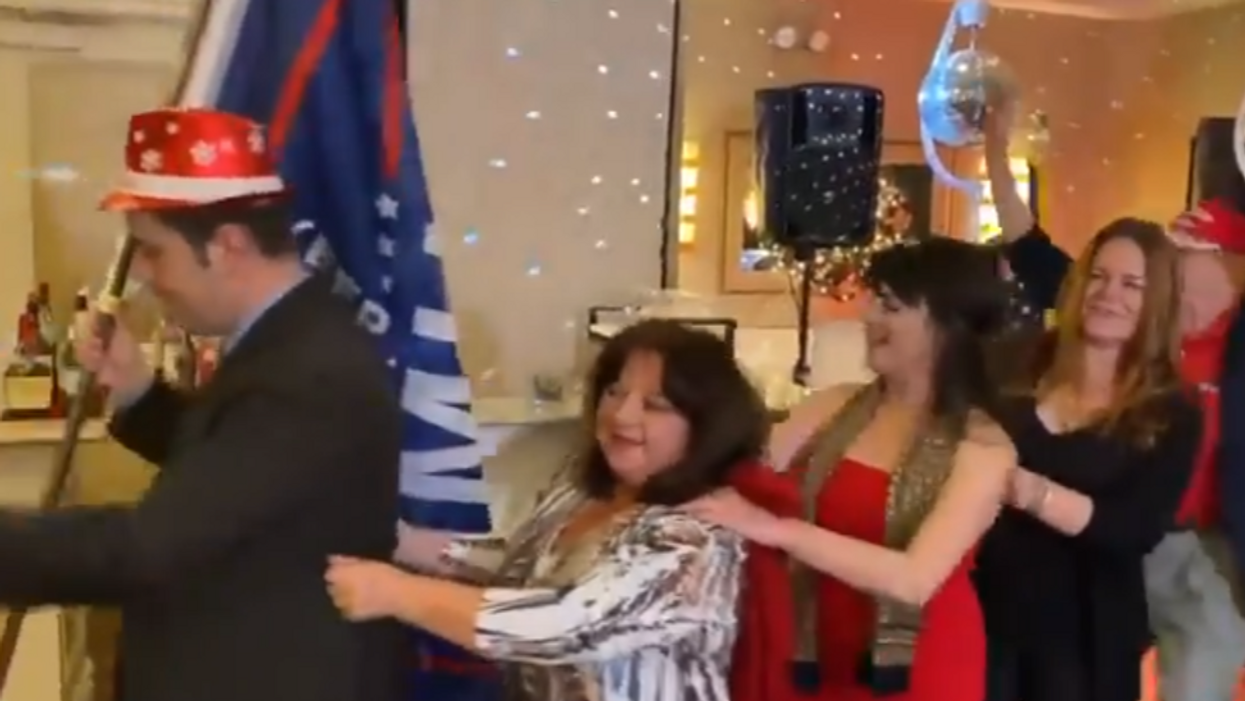 New York Gov. Andrew Cuomo (D) is not pleased with the latest holiday gathering Republicans held in New York City as the state battles an uptick in COVID-19 cases..

According to CBS News, the footage of the event captured a large number of the Whitestone Republican Club's members, including Vickie Paladino, a current City Council candidate in New York City's borough of Queens, dancing in a conga line despite the coronavirus outbreak.

During a brief phone interview with reporters on Tuesday, Dec. 22, Cuomo weighed in on the maskless holiday event as he stressed the importance of remaining vigilant as the pandemic continues.

"I saw the video," he said during a phone briefing with reporters. "COVID conga lines are not smart. That's my official position. Why you would do an unmasked conga line in the middle of a COVID pandemic — whatever your political persuasion — defies logical explanation as far as I'm concerned."

the Whitestone Republican Club in NYC apparently held a Christmas party this year without a care in the world about… https://t.co/wV5WlfSSb8
— Matt Binder (@Matt Binder)1608568918.0

Despite stark criticism over the potential super spreader event, Whitestone Republican Club spokesperson Robert Hornak released a statement to the Queen's Eagle defending the club's decision to hold the party. Hornak falsely claimed the club adhered to coronavirus mitigation guidelines despite footage clearly indicating that was not the case.

"We held an intimate gathering observing all the COVID guidelines in place at the time," Hornak said. "Every attendee was told to wear a mask, and everyone had one when entering, or was given one."

"Everyone there had a great time and we were pleased that we gave people that time to be together with others of like mind and spirit as we get ready to move forward into what will hopefully be a much better 2021," he said.

The latest reports come amid New York's continued struggle to mitigate the spread of the coronavirus. In fact, Queens, alone, has had more than 7,400 COVID-related deaths since the beginning of the pandemic.