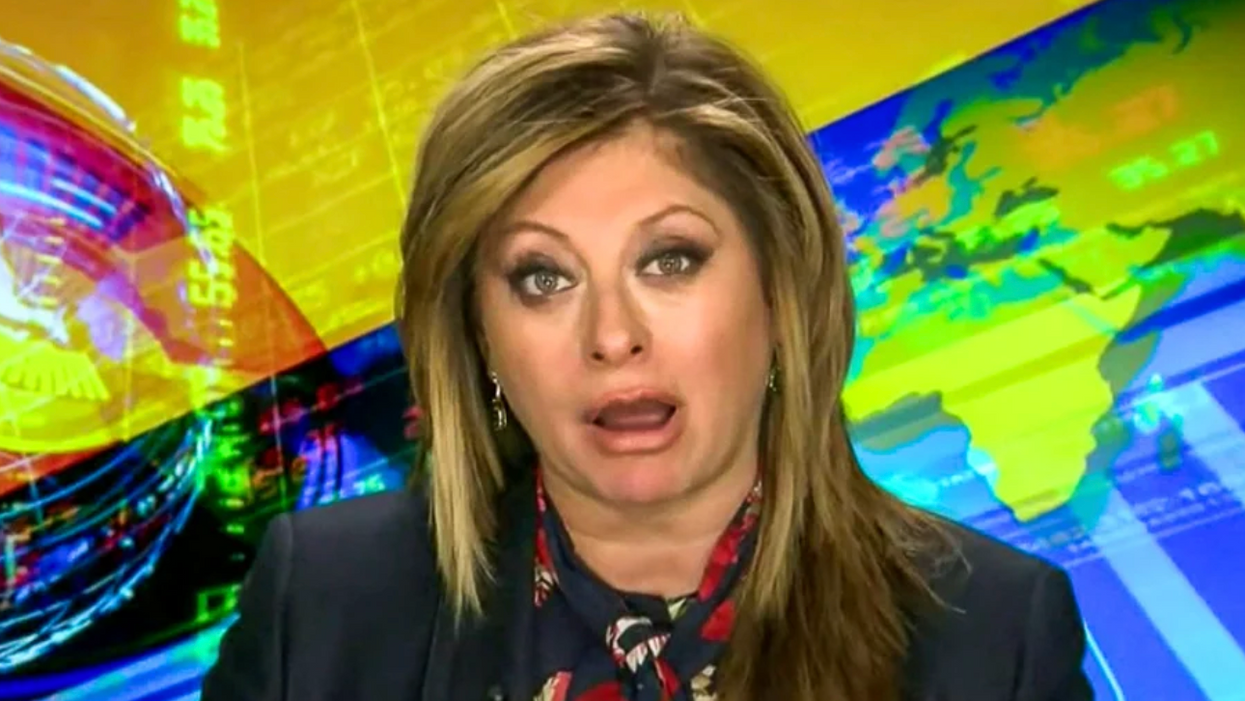 Fox News viewers lashed out at the network over the weekend after several shows aired a segment undermining President Donald Trump's claims of election fraud.

According to reports, at least one Fox Business host and as many as three Fox News hosts aired a pre-taped segment with voting systems expert Edward Perez on Smartmatic, a voting systems software company.

The interview was aired again on Sunday by Maria Bartiromo, one of President Donald Trump's top defenders on the network.

The segment was met with contempt from viewers, who refused to believe that the election fraud claims had been debunked.

"So I guess @MariaBartiromo just sold out-shameful," one viewer wrote on Twitter.

"@FoxNews needs to be ashamed for making her air this tripe," another viewer tweeted.

"Who got to @MariaBartiromo?" another commenter complained. "Why has she put this fraud Eddie Perez, clearly an apologist for Smartmatic, on her show TWICE to read scripted denials to scripted questions-- right down to reading back the questions, a deposition trick taught by good trial attorneys?"

In a legal notice sent to Fox News last week, Smartmatic accused the network of a "disinformation campaign"

"Over the course of the campaign, Fox News published and republished dozens of false and misleading statements regarding Smartmatic," the statement said.

Watch the video and read some of the responses below.

Feeling so sorry for @MariaBartiromo, having to air that dribble at the end of today's @SundayFutures. A nobody vot… https://t.co/oCwZzizsu1
— Patrick Flower (@Patrick Flower)1608480763.0

Who got to @MariaBartiromo? Why has she put this fraud Eddie Perez, clearly an apologist for Smartmatic, on her sho… https://t.co/tZESq8A1Mh
— KenTimmerman (@KenTimmerman)1608480180.0

I don't watch many @FoxNews shows but I did watch @JesseBWatters last night and @MariaBartiromo this morning. At th… https://t.co/WLkRmI1Prx
— Lisa Glacken (@Lisa Glacken)1608480074.0

Who got to @MariaBartiromo? Why has she put this fraud Eddie Perez, clearly an apologist for Smartmatic, on her sho… https://t.co/tZESq8A1Mh
— KenTimmerman (@KenTimmerman)1608480180.0

FoxNews is airing a point-by-point fact check on claims made by the networks most pro-Trump voices after voting tec… https://t.co/xzj1nOpdVG
— Justin Kimble (@Justin Kimble)1608479642.0