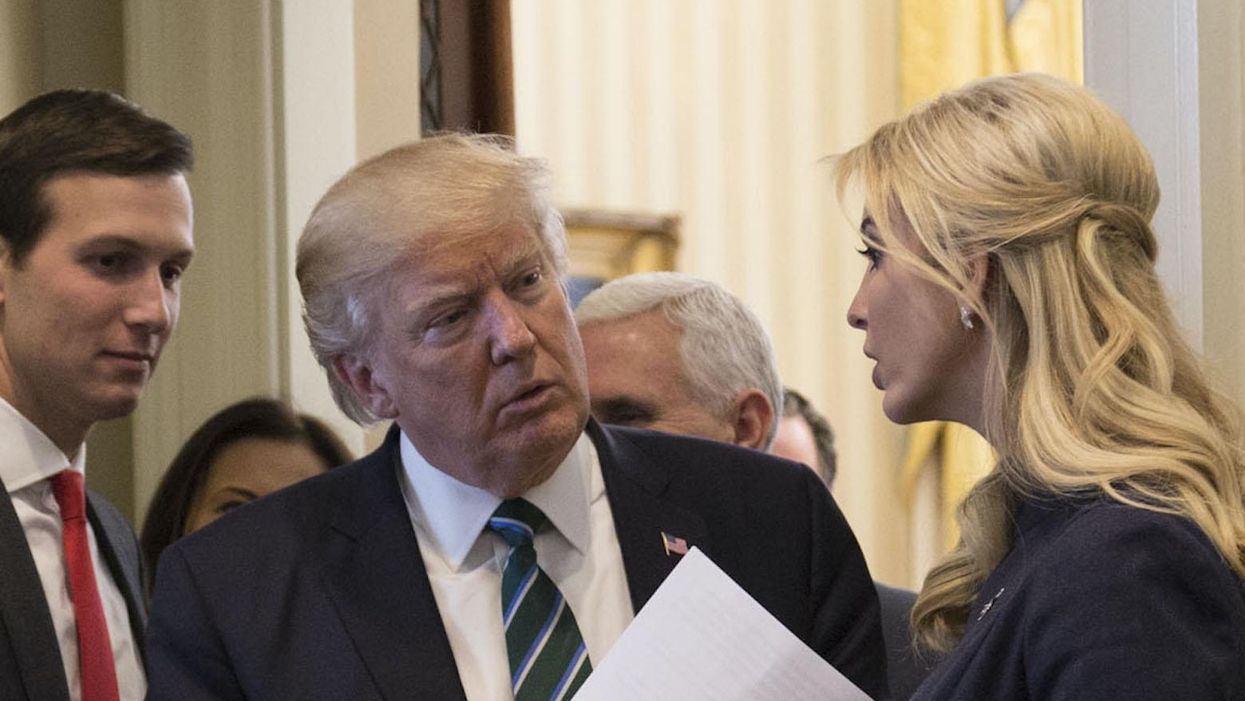 A fascinating scene unfolded Thursday night on MSNBC's "The Last Word" as host Lawrence O'Donnell had one of his assumptions about the Constitution tested by one of America's leading constitutional law experts.

O'Donnell explained why he believed the president probably has the power to self-pardon, but had his view put to the test by Harvard Law Prof. Laurence Tribe.

"It doesn't say "except the criminal laws." It doesn't say 'except when he chooses to violate the criminal laws.' Now, if it were true, as Donald Trump said in the little segment you played, that the president has the absolute power to grant himself a power of pardon, to grant himself a pardon -- which would be an odd way for the framers to have put it, you grant things to other people -- if he had the absolute power to grant himself a pardon, if he knew that throughout his presidency, and if all presidents knew it, what would follow is that presidents do not have to follow the law," Tribe explained. "They can't be, according to the Justice Department, indicted while they're in office, and if at any time they could pardon themselves...if that were the case then the president would not be below the law, he'd be above it."

"There would be no limit. Every president would know from the very moment -- puts his hand on that Bible and takes the oath -- that whatever he does, or she does, during the four-year term of that presidency, could not be criminally prosecuted, either during the presidency or ever in the future because the pardon would cover everything that president had done," Tribe explained.

"Prof. Laurence Tribe, as far as I'm concerned, the case is now settled here at 'The Last Word.' On this show, the president can't pardon himself," O'Donnell said at the end of the segment. "We'll find out next year if the Supreme Court has to make a decision about that."