New report reveals unspoken concerns about top Democrat: 'It's time for Sen. Feinstein to step down' 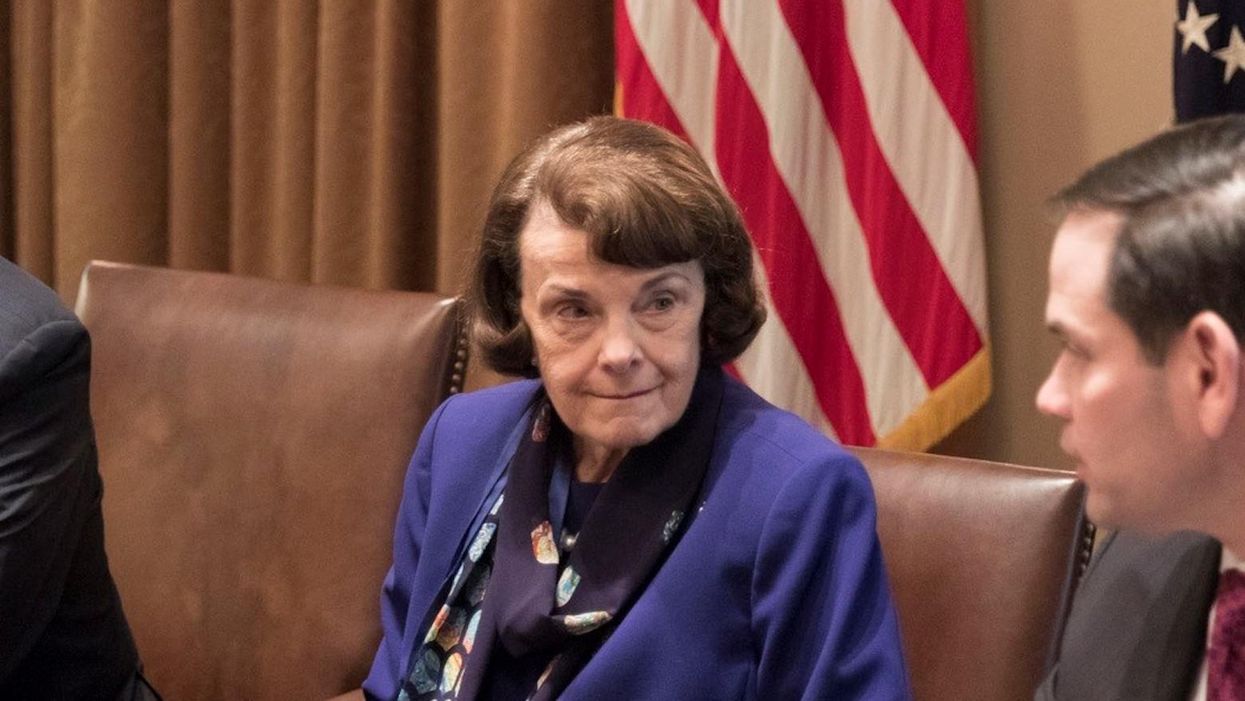 Sen. Dianne Feinstein of California has been a fixture in Democratic Party politics, serving as mayor of San Francisco during the 1970s and 1980s and in the U.S. Senate since the early 1990s. Feinstein has had a variety of leadership positions in the Senate and is presently a member of the Senate Judiciary Committee. But journalist Jane Mayer, in an article published by The New Yorker this week, notes that some of Feinstein's fellow Democrats have been questioning her performance recently and are wondering if it is time for Feinstein, now 87, to retire.

Mayer cites examples of why some Democrats have been concerned. When Feinstein questioned Twitter CEO Jack Dorsey during a November 17 hearing, she asked him the same question twice. Progressive groups, according to Mayer, have criticized Feinstein's "faltering management of Amy Coney Barrett's Supreme Court confirmation hearing." And Mayer notes that Brian Fallon, executive director of the progressive group Demand Justice, bluntly said, "It's time for Sen. Feinstein to step down from her leadership position on the Senate Judiciary Committee. If she won't, her colleagues need to intervene."

"Some former Feinstein aides insist that rumors of her cognitive decline have been exaggerated, and that video clips taken out of context can make almost anyone look foolish," Mayer explains. "They also bridle at singling out her condition, because declining male senators, including Strom Thurmond of South Carolina and Robert Byrd of West Virginia, were widely known by the end of their careers to be non-compos mentis."

Of course, different people age differently. Sen. Bernie Sanders, House Speaker Nancy Pelosi and Dr. Anthony Fauci aren't young — Sanders and Fauci are both 79, Pelosi is 80 — but they're obviously quite sharp mentally. Mayer's article, however, raises the question of how politicians should respond if they believe that one of their colleagues is declining.

"One former aide to Feinstein argues that, even if her faculties are diminished, 'she's still smarter and quicker than at least a third of the other members,'" Mayer reporters. "But many others familiar with Feinstein's situation describe her as seriously struggling, and say it has been evident for several years. Speaking on background and with respect for her accomplished career, they say her short-term memory has grown so poor that she often forgets she has been briefed on a topic — accusing her staff of failing to do so just after they have. They describe Feinstein as forgetting what she has said and getting upset when she can't keep up."

An aide to a Democratic senator, interviewed by Mayer on condition of anonymity, said of Feinstein, "She's an incredibly effective human being, but there's definitely been deterioration in the last year. She's in a very different mode now."

Mayer stresses, in her article, that aging members of the Senate and the House — Democrats as well as Republicans — don't necessarily get voted out of office as they age. Many of them, she notes, are reelected time and time again. And Mayer concludes her piece by noting that older members of Congress are, if anything, become more prominent.

"Congress' gerontocracy problem shows no sign of abating," Mayer reports. "If Republicans hold the Senate majority next year after Georgia's two runoff races, the likely chairman of the Senate Judiciary Committee will be Chuck Grassley of Iowa. Now 87, he is just three months younger than Feinstein. And he has said that he is considering running for reelection in 2022."