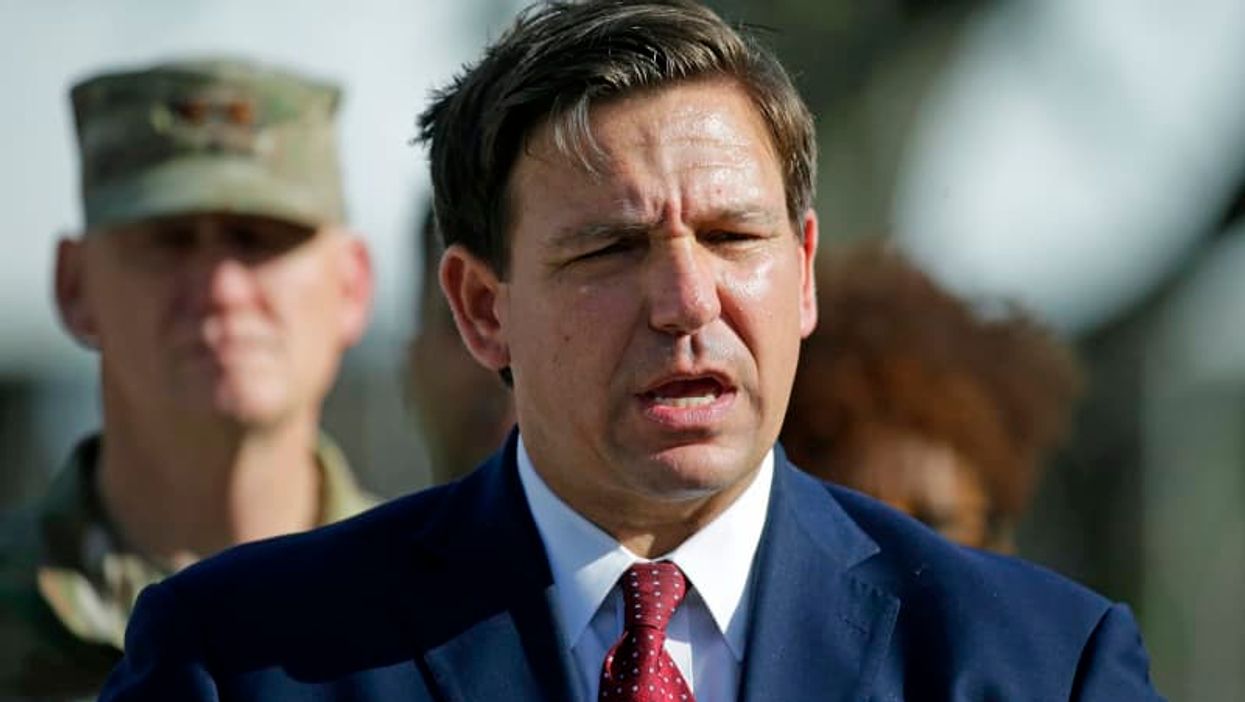 Fred Piccolo, a communications director for Florida Gov. Ron DeSantis (R), found himself at the center of controversy for his gross disregard of the lives lost to COVID-19.

In a late-night Twitter post on Wednesday evening, Piccolo shared a tweet that appeared to belittle the fact that people have died from the pandemic. He tweeted, "I'm wondering since 99% [of] Covid patients survive shouldn't you have 99 photos of survivors for every one fatality? Otherwise, you're just trying to create a narrative that is not reality."

According to the Orlando Sentinel, screenshots of Piccolo's remarks were captured by Miami Herald reporter Ben Conarck. The tweets, which were posted around 4:00 a.m., were reportedly a response to remarks made by Reuters editor Corinne Perkins.

She tweeted a photo of a deceased COVID patient to shed light on the grim side of the pandemic that many people do not see. With the photo, Perkins tweeted, "This thread is dedicated to those saying we aren't seeing images of the reality of COVID-19 in hospitals across the U.S. This is not an exhaustive list but I wanted to highlight the stories [Reuters Pictures] photographers bring to light."

This thread is dedicated to those saying we aren't seeing images of the reality of COVID-19 in hospitals across the… https://t.co/eo3LOOkvi2
— corinne_perkins (@corinne_perkins)1608669043.0

Despite the early morning hours, Piccolo's remarks quickly caught the attention of Twitter users who offered deeply critical responses to his presumed lack of regard for the 330,000 lives lost during the pandemic. The communications director even met the wrath of many Twitter users who noted the life-altering challenges many COVID survivors are facing.

"Survive? I have friends who 'survived' who have hair falling out and can't walk across a room without getting winded," one Twitter user said.

In response to the flurry of tweets, Piccolo responded saying his words were merely an "observation" of the pandemic. He concluded by saying his Christmas gift to himself would be to deactivate his Twitter account.

"I've made people far angrier with other things in the past, this is just an observation that I think was worthy of consternation," Piccolo said of his last tweet. "But I said this was going to be my Christmas gift to myself to get off of the medium, so I said let's do it."

Despite Piccolo's remarks and DeSantis' handling of the pandemic, Florida is still one of the hardest-hit states battling coronavirus. As of Saturday, Dec. 26, the United States has reported more than 19.2 million positive coronavirus cases including more than one million in the state of Florida, alone. The United States' COVID-related death toll currently stands at 338,263.