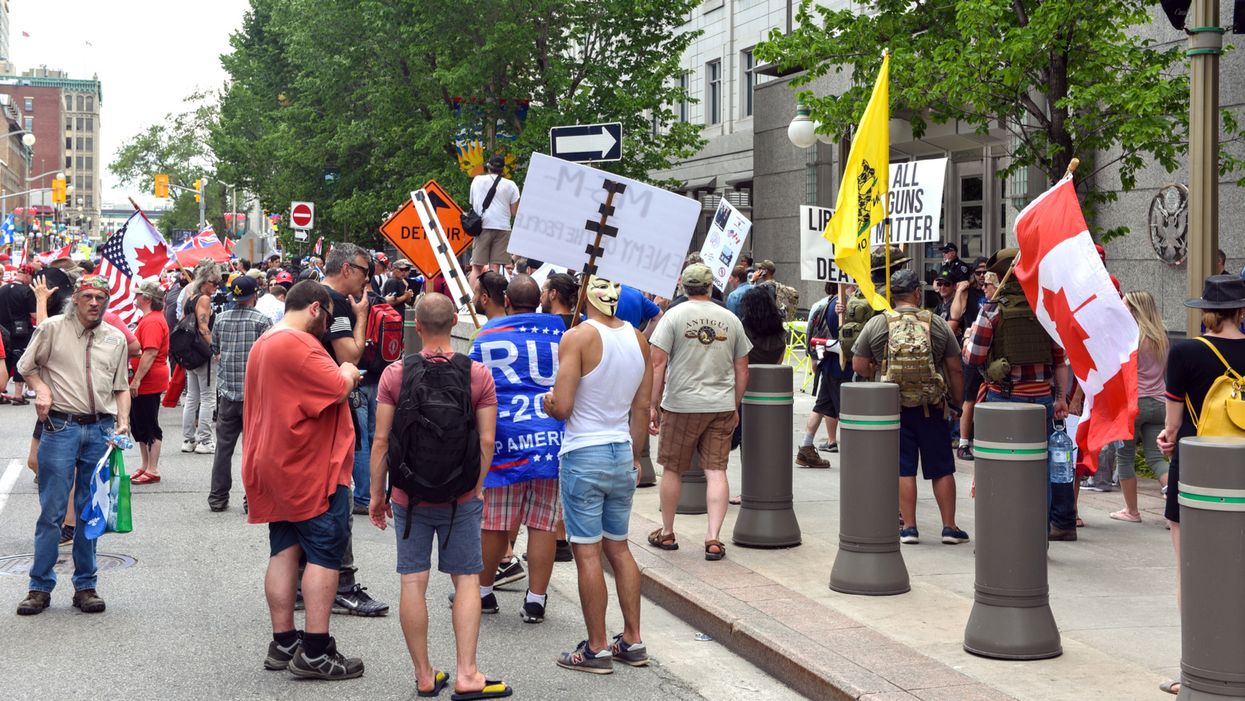 It's hard to fully grasp the massive increase in voter participation this general election. This graph, on Georgia's turnout, does a pretty good job of visualizing it:

That's 369,000 new votes for Donald Trump compared to his first election. It took a historically herculean effort for Democrats to overcome the massive wave of disgruntled rural white Americans—594,000 more votes compared to 2016. (You can see the Florida version of that chart here.)

We know where our votes came from—historically underperforming Black, brown, Asian, and young voters, along with gains in the once-Republican suburbs. But theirs? Who were these people who only showed up for Trump in 2016 and 2020, confounding the public polling and horrifying all rational, upstanding Americans? My "hidden deplorables" theory is closing on the answer.

Research shows that these Trump supporters hail from the fringes of society.

In our pre-election survey on the strength of Americans' social networks, we found that nearly one in five Americans (17 percent) reported having no one they were close with, marking a 9 percentage point increase from 2013.1 What's more, we found that these socially disconnected voters were far more likely to view Trump positively and support his reelection than those with more robust personal networks. Biden was heavily favored by registered voters with larger social networks (53 percent to 37 percent), but it was Trump who had the edge among voters without any close social contacts (45 percent to 39 percent).

And this was especially true among white voters even after accounting for differences in income, education level, and racial attitudes. Sixty percent of white voters without anyone in their immediate social network favored Trump, compared to less than half (46 percent) of white voters with more robust social ties.

The hidden deplorables aren't Republican. They aren't even conservative. They're apolitical, otherwise ignoring politics, because their lives legitimately suck. They live in meth country, with dim job prospects (in fact, those two factors are highly correlated). Institutions have failed them—corporations abandoned them for cheaper labor overseas, government seems and feels distant, and it's certainly not improving their lives. Cities feel like walled gardens—unattainable, unaffordable, yet that's where all the jobs are, the culture, the action. These deplorables have been left behind. So their attitude? "Fuck them all."

The NY Times' David Brooks has come to a similar conclusion, talking about those left behind in an information economy that has created a new wealthy class concentrated in urban centers, "While these cities have been prospering, places where fewer people have college degrees have been spiraling down: flatter incomes, decimated families, dissolved communities." As a result, those in meth country have rallied around those speaking to their grievances. "This precarity has created, in nation after nation, intense populist backlashes against the highly educated folks who have migrated to the cities and accrued significant economic, cultural and political power." You really do see this in country after country—rural backlashes against the urban elite.

For those awash in anxiety and alienation, who feel that everything is spinning out of control, conspiracy theories are extremely effective emotional tools. For those in low status groups, they provide a sense of superiority: I possess important information most people do not have. For those who feel powerless, they provide agency: I have the power to reject "experts" and expose hidden cabals. As Cass Sunstein of Harvard Law School points out, they provide liberation: If I imagine my foes are completely malevolent, then I can use any tactic I want.

The GOP's challenge is how to harness that Trump turnout without, well, Trump himself. Because it can't be stressed enough, the hidden deplorables aren't Republican or even conservative. They have no ideology other than the ideology of destruction. Their life is shit. They want to bring down everyone else to their levels. It's that famous Florida woman, who in the aftermath of Hurricane Michael, said, "I thought [Trump] was going to do good things. He's not hurting the people he needs to be hurting." It's Georgia Sen. Kelly Loeffler, fighting off a right-wing challenge in November's jungle primary, running ads comparing herself to Attila the Hun, whose claim to fame was raping and pillaging through Europe while extorting the Holy Roman Empire. No one talks about Hun culture and civilization, because there was none.

This all gets tested in Georgia in just over a month in the state's two Senate runoff elections. "I had someone message me just last week saying: 'Nope, I'm done. Can't trust the election. Never voting again,'" Buzz Brockway, a former Republican state representative, told the NY Times. "The president has a very dedicated group of supporters who don't really support the broader Republican Party—they support him."

Remember, Trump campaigned hard for Republican gubernatorial candidates in 2019, as well as his party's House and Senate slates in 2018, and they lost those elections (including in blood-red Louisiana and Kentucky). The hidden deplorables didn't turn out. Remember, they don't care if Trump asks them to vote, because they're not motivated by party building or ideology.

Meanwhile, Trump himself has spent the weeks since the election claiming that he only lost Georgia because of fraud. "I've had very close friends write me and say, 'I have a Republican governor and secretary of state, and they're both useless, so why do I stay involved?'" said former House Speaker and Georgian Newt Gingrich. Trump is apparently heading down to Georgia to campaign for the Republican ticket, but does anyone really expect him to stay on message? Of course not, he'll spend an hour airing his grievances, airing his conspiracy theories, and attacking the state's Republican governor and secretary of state for not stealing the election for him.

Whether Republicans can get these infrequent Trump-only voters will determine just how competitive future elections are. Will they look like the 2018 Democratic wave, or 2019, when Democrats won statewide races in Kentucky and Louisiana, or will they look like 2016 and 2020, when a 50-50 electorate f'd us in heavily gerrymandered down-ballot districts?

About the only silver lining is that broader demographic trends are still in our favor—old white people are "exiting the electorate," suddenly supercharged by Covidiots. The nation's youth is browner and more liberal. The trends that saw Arizona and Georgia flip blue are still happening in places like Texas and South Carolina (even as the whiter parts of the midwest trend away from us).

But we may be entering a new kind of bizarro world political environment, in which higher turnout hurts us, where it becomes easier to turn out our more educated base groups than it is for Republicans suddenly depending on the non-educated.