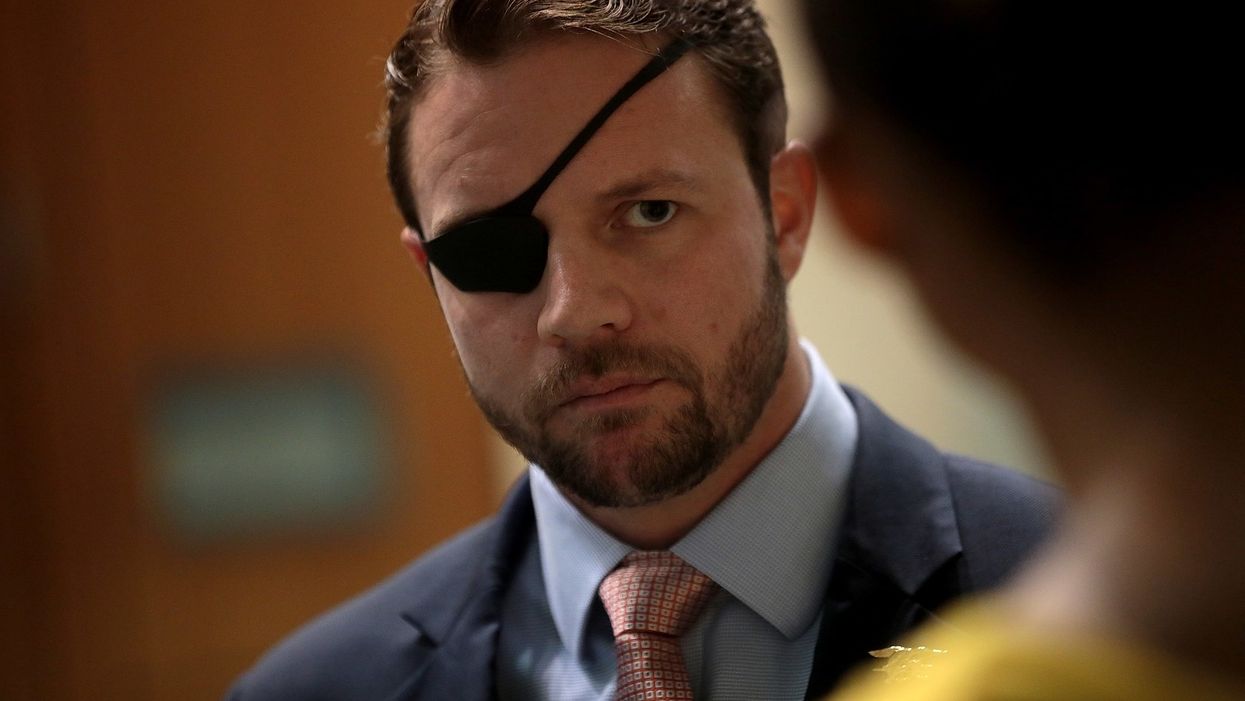 Rep. Dan Crenshaw, R-Tx., told Veterans Affairs Secretary Robert Wilkie that a Navy veteran who reported a sexual assault at a VA hospital had filed frivolous allegations when they served in the same unit, according to multiple senior officials in an internal investigation report released yesterday.

The report outlines a number of "troubling" issues with the department's handling of the assault investigation, including testimony that Wilkie had disparaged the woman after looking into her background himself. Pressure from the top of the agency also allegedly prompted VA police to investigate the victim.

However, the report, issued by the office of VA Inspector General (OIG) Michael Missal, could not corroborate any wrongdoing because the secretary and top staff would not cooperate with investigators, and neither would Crenshaw. Missal concluded that Wilkie and senior officials showed "a lack of genuine commitment" that jeopardized a "safe and welcoming environment" for accusers.

It would not be the first time Wilkie withheld inconvenient information: In 2019, CNN reported that, in violation of Senate rules, Wilkie had failed to disclose a speech he gave in 2009 to a chapter of the Sons of Confederate Veterans and a 1995 address in which he praised former Confederate President Jefferson Davis at the U.S. Capitol.

"The tone set by Secretary Wilkie was at minimum unprofessional and at worst provided the basis for senior officials to put out information to national reporters to question the credibility and background of the veteran who filed the sexual assault complaint," Missal wrote, adding that the conduct would "appear to undermine V.A.'s stated goals of providing a safe and welcoming environment for all veterans and to treat complainants of sexual assault with respect."

The woman, Andrea Goldstein, claimed in 2019 that while she waited in a VA hospital, a contractor "bumped his entire body against mine and told me I looked like I needed a smile and a good time." Following a request from House Veterans Affairs Committee chair Mike Takano, D-Calif., for whom Goldstein had once staffed, Wilkie ordered the OIG to investigate.

After the investigation, Wilkie sent Takano a letter saying that the investigation concluded that the claims were "unsubstantiated," counter to the OIG's explicit directions to VA staff not to comment on the merits of the accusation. Wilkie also highlighted the statement in an email to press outlets.

Missal reminded Wilkie he had not reached that conclusion.

"Neither I nor my staff told you or anyone else at the Department that the allegations were unsubstantiated," Missal wrote in an email, adding: "Reaching a decision to close the investigation with no criminal charges does not mean the underlying allegation is unsubstantiated."

Following press requests, the secretary retracted the description, calling it "a poor choice of words."

Missal cites an email Wilkie sent to two top aides after the fundraiser he attended with Crenshaw: "Ask me in the morning what Congressman Crenshaw said about the Takano staffer whose glamor (sic) shot was in the New York Times," it said.

The secretary acknowledged to investigators that Crenshaw had initiated a conversation, but claimed the Texas Republican only said that he served with her. When asked why such an innocuous remark had prompted the email, Wilkie replied, "Well, I don't remember. I have no idea."

A Wilkie deputy also told investigators that Crenshaw "might have said something to the fact that [Goldstein] made allegations in the military." Another official testified that Wilkie had mentioned that Crenshaw told him about Goldstein's alleged past complaints.

Although Crenshaw did not cooperate in the investigation, he denied any discussions about Goldstein in an interview with ProPublica. That contradicts Wilkie's testimony.

The secretary had also speculated in an email that Takano requested the investigation because the HVAC chair was "laying the grounds for a spectacle." Department staff had also expressed suspicion due to Goldstein's specific work on sexual assault issues for Takano.

Testimony from current and former VA officials indicates that Wilkie had looked into Goldstein himself almost immediately after she filed her complaint, and that department pressure had focused the VA police investigation on the victim.

One former VA official testified that Wilkie told him he knew Goldstein had filed "at least six EEO-type complaints" while on active duty, which the former official believed the Secretary got from his contacts at the Pentagon. Another witness said that only three days after the assault was reported, a senior VA official had remarked in a meeting that the secretary or others had already obtained information about Goldstein.

The report says that VA police described an "unusual level of engagement by VA senior officials" for a criminal investigation, such as an immediate visit to the medical center to review possible video footage. When police met to review the video, they ran a background check on Goldstein and later passed around the results. Only two days later did they run a background check on the alleged assaulter.

Indeed, half a dozen senior staff told investigators that Wilkie had personally remarked multiple times about Goldstein's alleged history of complaints. The secretary denied all accusations against him, but despite the fact that Missal found his testimony "incomplete or incorrect," the OIG could not reconcile the contradictions because Wilkie declined a second interview.

Ranking member of the Senate Committee on Veterans Affairs Jon Tester, D-Montana, told Salon in a statement that the department's "deep failures" exhibit a "higher priority on politics and personal vendettas than on seeking justice for a veteran who was sexually assaulted at one of its facilities."

"The Inspector General's report sheds light on deep failures and unprofessional conduct by VA Secretary Wilkie and his senior political team. Above all else, it uncovers a disturbing pattern of unethical behavior at VA that placed a higher priority on politics and personal vendettas than on seeking justice for a veteran who was sexually assaulted at one of its facilities," Tester said.

"The men and women at VA, particularly those at the highest levels, are entrusted with doing right by our nation's veterans. Secretary Wilkie and his leadership team have violated that trust," he continued. "Moving forward, it is critical that all veterans, especially the survivors of sexual violence, are heard and respected."

Wilkie gave Salon a lengthy statement denying the allegations and attacking his accusers as well as his own inspector general, whose investigation he said set "an impossible standard" dedicated to "scoring political points."

The IG "cannot substantiate that I sought to investigate or asked others to investigate the veteran," Wilkie said. "That's because these allegations are false."

"The OIG is criticizing VA for not doing the very same thing it has spent months investigating," Wilkie said. "Such faulty rationale is not the product of a serious investigation. In fact, it's indicative of one that has become more dedicated to scoring political points than improving the department — a dynamic that has defined the OIG's conduct throughout this investigation."

That language, however, reflects the OIG's own conclusion:

The evidence is replete with examples of VA senior leaders undertaking defensive actions and engaging in confrontational messaging while failing to recognize the need to take corrective action to address known problems. The tone set by Secretary Wilkie was at minimum unprofessional and at worst provided the basis for senior officials to put out information to national reporters to question the credibility and background of the veteran who filed the sexual assault complaint.