In a pandemic winter, Christmas is simply not that important

Christmas is coming, and as the old rhyme goes, the goose is getting fat and we are urged to put a penny in the old man's hat. There may well be fewer pennies in hats this year: restrictions on movement and activity will mean a more dampened Christmas than usual.

Given the significant risk associated with holding public festivals during a pandemic, those of us who celebrate Christmas should perhaps ask ourselves: “Is it even worth it?"

Professor Andrew Hayward, an epidemiologist, says that easing restrictions over the Christmas period – as some countries are aiming to do, such as the UK and France – would be “throwing fuel on the fire" of the pandemic. The consequences of mingling indoors for long periods of time with vulnerable people might become tragically evident by January 2021. The US will surely see a heavy toll from Thanksgiving celebrations, where a divided nation showed a predictably mixed response to suggestions that the good times be reined in this year.

At many other large public festivals this year, restrictions were introduced specifically to address the burdens of COVID-19. These appear to have been largely accepted by the groups involved and demonstrably reduced the public health burden. Governments considering how to approach Christmas could learn from this.

Lunar New Year, also known as Chinese New Year, is the world's biggest annual migration, involving the mass movement of people and about 3 billion separate trips. Movement is widespread across China with significant additional international travel. With the coronavirus then known to be spreading widely, the Chinese government cancelled much of the 40-day 2020 New Year celebration in January and February. 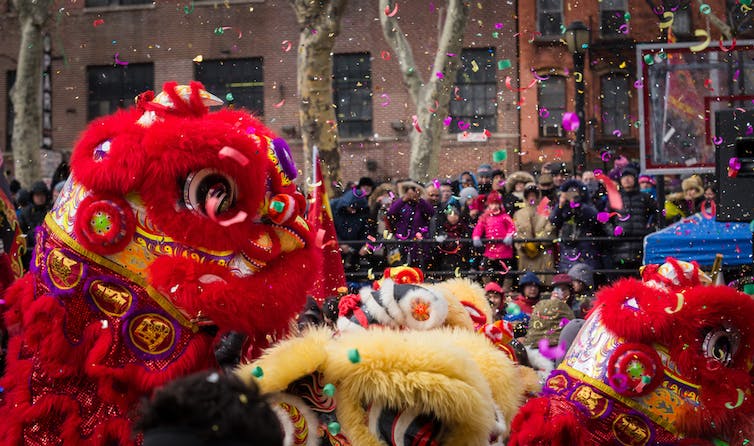 The WorldPop group at the University of Southampton used historic travel data to highlight the cities in China and internationally that would typically see greater volumes of passengers during the time of this festival. Outside of China, destinations in south-east Asia were noted as being likely to be at highest risk, including Bangkok, Tokyo and Seoul.

Sydney, Melbourne, Los Angeles and London were among the destinations usually seeing the highest number of visits to and from China. WorldPop's analyses of population movements suggest that effective contact tracing and social distancing measures had the greatest effect in reducing transmission, followed by travel restrictions. Without these combined measures, cases are estimated to have been 67-fold higher than was observed. The pandemic has been catastrophic for the globe, but it could have been much worse.

In Israel, Passover in 2020 ran from April 8 to April 16. In early April, Israel was experiencing its first wave of COVID-19 infections with several hundred new cases reported each day. The government was so concerned that it introduced extra restrictions during the holiday period beyond those already in place. This included no travel between cities and no visiting of other households.

A key component of the celebration usually sees tens of thousands of people visiting the Western Wall (also known as the Wailing Wall), but in 2020 only ten people at a time were allowed to visit the site. The number of daily new cases in Israel continued to decline until mid-June, when a significant second wave struck.

Over 2 million people typically travel each year to Mecca, in Saudi Arabia, to do the hajj pilgrimage. Public health is an important focus of this event, for example, with a visa only being issued to travellers if they have proof of vaccination against meningitis before travel.

In 2020, only around 10,000 pilgrims travelled to Mecca to do the hajj, with government restrictions as to who was allowed to travel. These restrictions included excluding older people, pilgrims needing to be between 20 and 50 years old, and they also required quarantine periods and to have had a negative COVID swab test. Modelling suggests that these restrictions prevented significant numbers of new cases.

So is Christmas worth it?

Arguing against seeing your grandparents this yuletide might make you feel like the proverbial killjoy. No one is suggesting that Christmas should be banned. But scaling back Christmas to a level well below the usual levels of excess – at this point in history – is vital. Vaccines are on their way, but the pandemic is still a long way from being over.