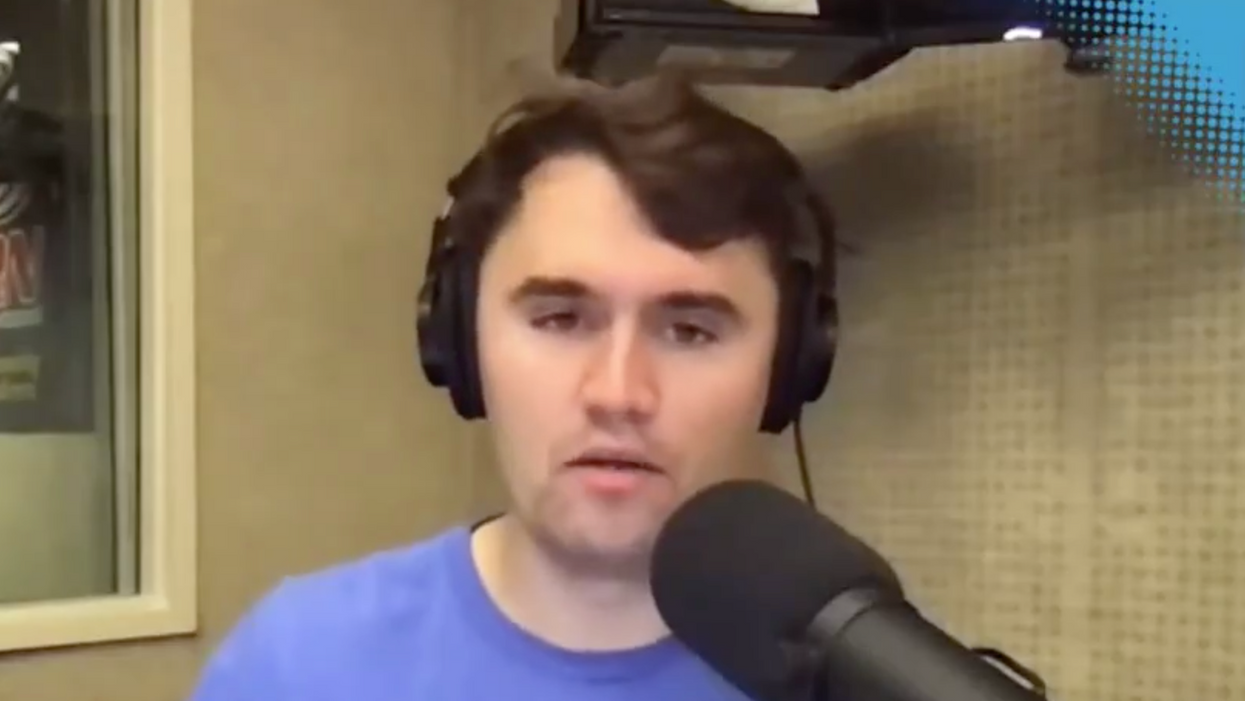 On Tuesday, Senate Majority Leader Mitch McConnell — known for being one of the fiercest GOP partisans on Capitol Hill — acknowledged Democrat Joe Biden as president-elect and congratulated him along with vice president-elect Kamala Harris. And McConnell is being slammed for it by far-right radio host and Turning Point USA founder Charlie Kirk.

Kirk angrily told listeners: "If he had to and was getting pressure, he could have, at the very most, (said), 'Today, I will recognize.' I probably would have taken exception to that. But the term 'congratulations' inherently means that you are applauding and recognizing an achievement of success. When do you use 'congratulations' in your life? When people attain athletic accomplishments. When people get married, engaged."

Many Republican supporters of President Donald Trump have been claiming, without evidence, that Democrats stole the election from him by committing widespread voter fraud. But U.S. Attorney General William Barr, a Trump loyalist, has said that despite the Justice Department's investigations into the subject, no evidence has emerged to indicate there was fraud that could have altered the result of the election. And the most right-wing U.S. Supreme Court in generations has rejected Republican lawsuits challenging the election results.

Regardless, Kirk implied that McConnell was congratulating Biden for some type of wrongdoing.

"You typically don't use the term congratulations when someone just stole a bank, stole money from a bank," Kirk told listeners. "You don't go to your friends or your family members that might be engaging in criminal activity and say, 'Congratulations.' It's typically not the right way to handle things."

Here are tweets posted in response to Kirk's attack on McConnell: