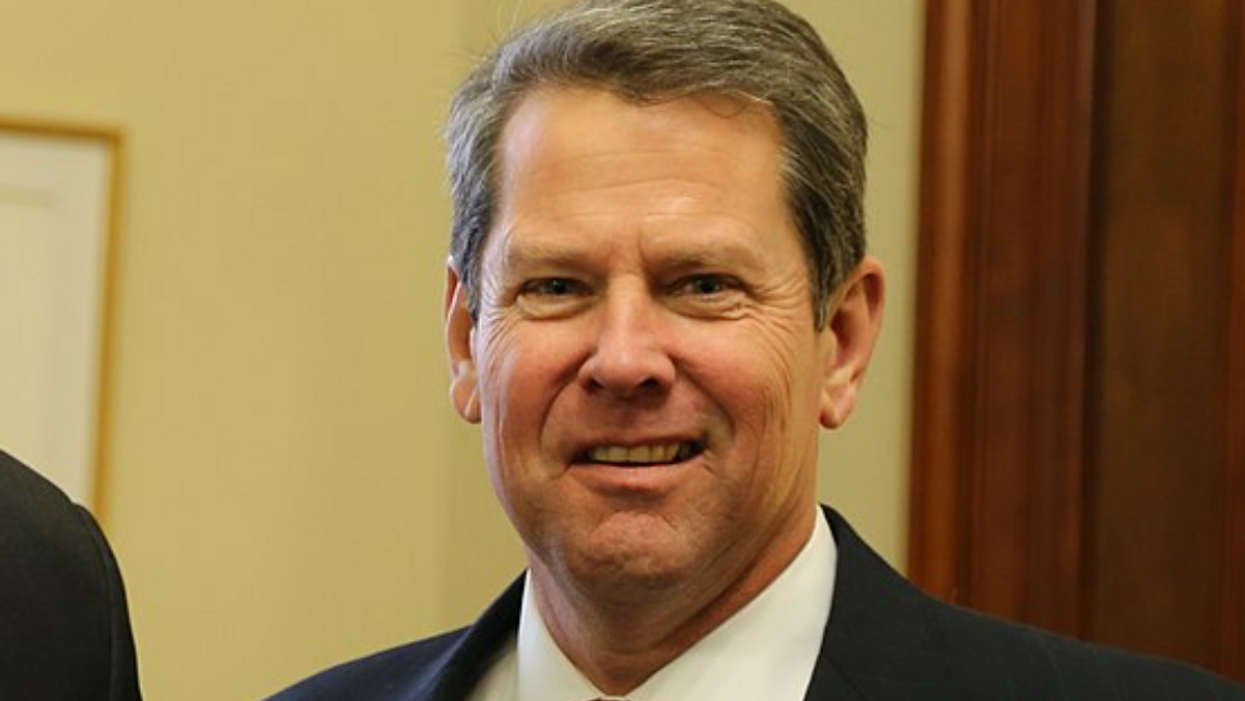 The last straw? Gov. Kemp snaps at GOP conspiracy theorists after they level attacks at his kids

Georgia Gov. Brian Kemp (R) has been a target of opposition for President Donald Trump, his allies, and Republican leaders but apparently, that did not stop him from attending the White House Christmas party on Friday evening. In fact, the embattled governor confirmed his attendance by sharing photos of him and his daughter, Lucy Kemp, at the event via Twitter.

With the photos, Kemp tweeted, "Lucy and I had a great time at the @WhiteHouse Christmas Party today. Merry Christmas, everyone!"

It did not take long for the photos to catch the attention of Trump campaign advisors and Republicans who are not too fond of Kemp at the moment. Jenna Ellis, a senior legal advisor of the Trump campaign, expressed outrage over Kemp's attendance while Blair Brandt, co-chair of the Trump Finance Committee, wondered how the Georgia governor was allowed to attend.

Kemp's attendance at the White House Christmas party came just hours after he and Georgia Secretary of State Brad Raffensperger (R) were publicly lambasted by Trump on Twitter. On Friday, Dec. 18, Trump tweeted, "Governor [Brian Kemp] of Georgia still has not called a Special Session. So easy to do, why is he not doing it? It will give us the State. MUST ACT NOW!"

Trump added, "The Secretary of State and Governor of Georgia, both so-called "Republicans", aren't allowing Fulton County to go through the vital Voter Signature Verification process. Also, they are not allowing Republican "watchers" to be present and verify! [Brian Kemp]"

It has been nearly a week since the Electoral College confirmed President-elect Joe Biden's win and, as of Saturday, Dec. 19, Trump is still alleging widespread voter fraud. However, his campaign legal team has failed to prove that his arguments have any merit. More than 50 post-election lawsuits have been dismissed from courts across the United States.