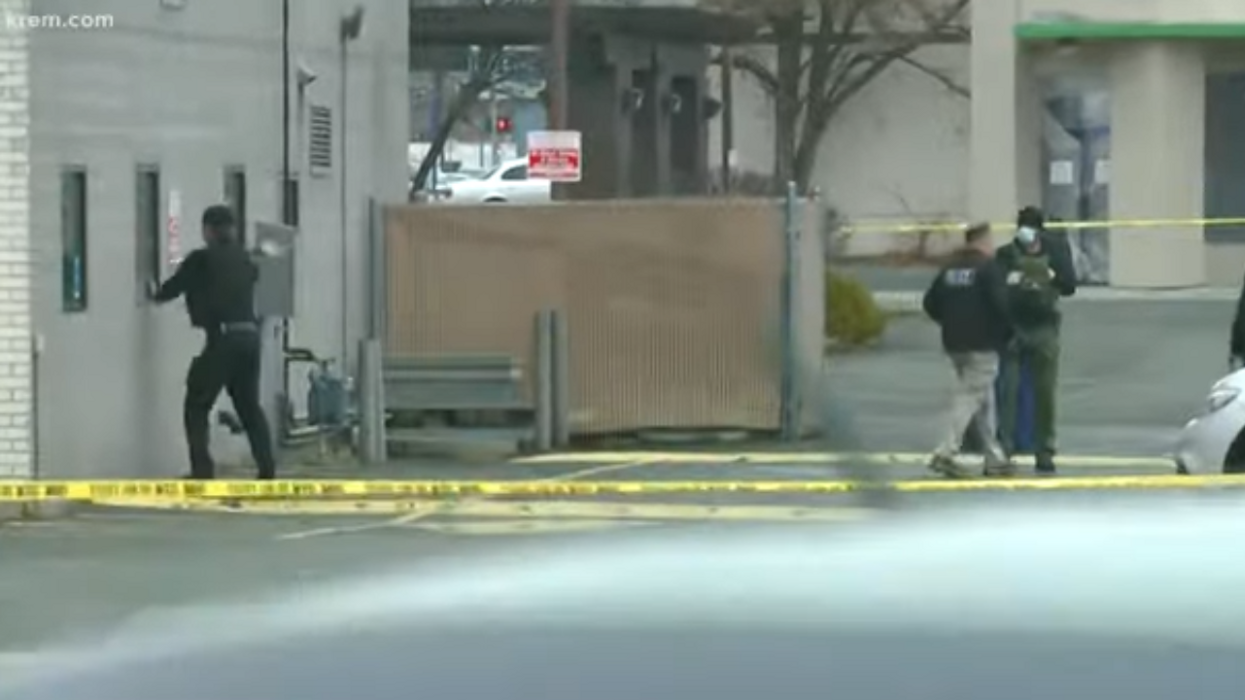 As law enforcement officials investigate the recent bomb threat at the Democratic headquarters in Spokane County, WA., Democrats in the state are urging elected officials to denounce such actions to prevent the possibility of another.

Following the scare, Washington State Democrats Chairwoman Tina Podlodowski on Wednesday, Dec. 9, released a statement about the incident. Podlodowski and Democrats in Spokane County called on officials and community leaders to condemn these potential acts of violence, reports KREM.

"We are so relieved that no one was harmed in this reprehensible act of violence. Our primary concern is for the safety of our volunteers and the broader community of Spokane," Podlodowski said. "We urge every elected official and community leader to join us in condemning this apparently politically motivated act of violence. No one should have to fear for their life simply because they participate in our political process."

According to Spokesman.com, Nicole Bishop, who serves as chair over the city's Democrats, offered details about the events leading up to the threat. A man walked into the building and handed a letter to a volunteer.

According to the Spokane Police Department:

He asked the volunteer whether she knew what it meant and she said she didn't, Bishop said. The man then said, "it's a manifesto and I have a bomb," Bishop said.

The volunteer could see wires coming from his bag, Bishop said. While one volunteer called 911, the man went into another's office and said he would "blow the place up.

When the man fled from the building, he was detained by police. However, smoke was rolling from one of the rooms in the building. Although it was confirmed that the man did not have an actual bomb, it appears that he did start a fire.

Despite the nature of the threat and Democrats urging all elected officials to denounce such actions, Spokane Mayor Nadine Woodward (R) failed to even address the situation. In fact, when the Republican mayor's office was asked if it had a statement to address the situation, her spokesman simply said, "No. It's a law enforcement matter."