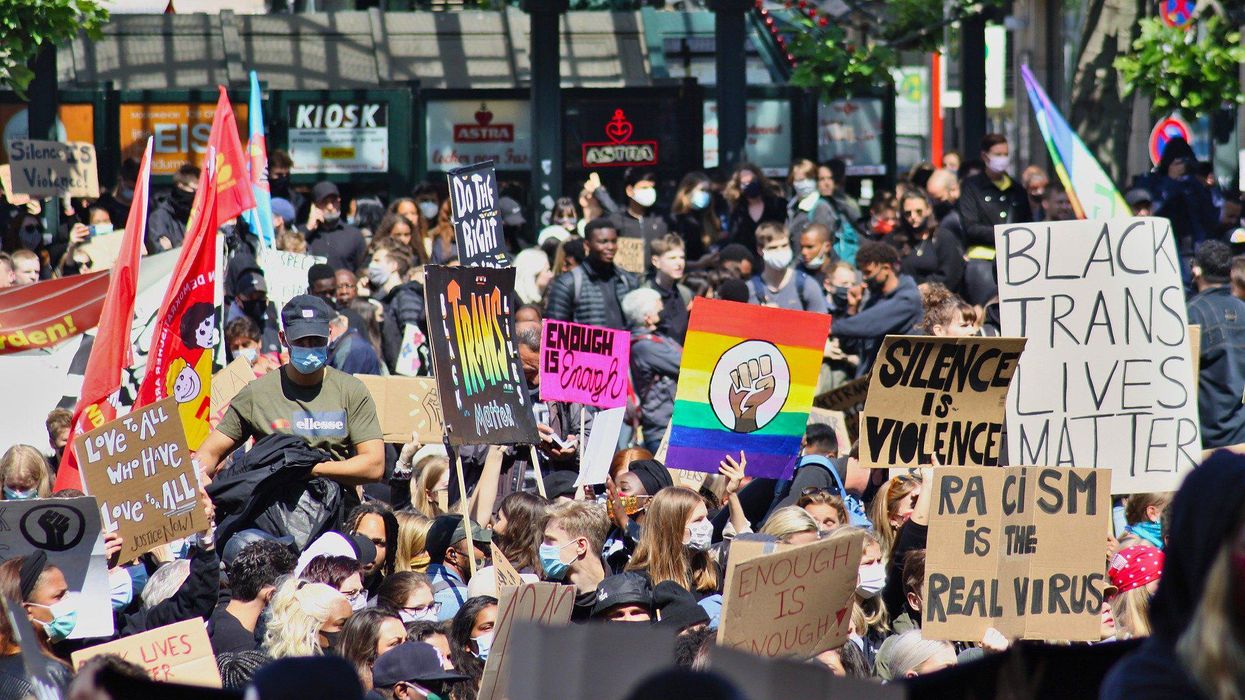 According to KOLD, the guidance, titled "Understanding Antifa and Urban Guerrilla Warfare," has been distributed by the Indiana-based law enforcement training organization, International Law Enforcement Educators and Trainers Association (ILEETA)). Its verbiage has come under fire as it contains various falsehoods about the Black Lives Matter movement while labeling its activists as terrorists.

One of the conspiracy theories suggests that the activist organization is "supposedly funded by China and that money is then donated to the Democratic Party."

"Antifa and Black Lives Matter have no intentions to negotiate," the document reads. "These are revolutionary movements whose aims are to overthrow the U.S. government."

The document also includes more demeaning remarks about BLM activists describing those who participated in the nationwide protests for civil rights over the summer as "useful idiots" who were working for "hard-core, terrorist trained troops," according to The Hill.

Phillip Atiba Goff, a Yale University professor and expert on racial bias in law enforcement, has described the dangerous document being used as training guidance for law enforcement as "stunning" and "distressing."

"It's stunning. It's distressing in many ways. It's untethered to reality," said Goff, CEO of the Center for Policing Equity. "I worry that it leads to people dying unnecessarily."

Harvey Hedden, ILEETA's executive director, defended the document as he dismissed the concerns as "differences of opinion."

"There will always be differences of opinion on training issues but so long as the disagreements remain professional and not personal we do not censor these ideas," Hedden said. "I am willing to allow the trainer to evaluate the information themselves."

He added, "Just like law enforcement, I am afraid BLM has earned some of these criticisms and others might be overgeneralizations."

But criminal justice activists argue otherwise. Despite Hedden's defense, Scott Roberts, senior director of criminal justice campaigns for the racial justice advocacy organization Color of Change expressed concerns about how this type of guidance could intensify an already-troubling police culture.

Sherice Nelson, assistant professor of political science at Southern University and A&M College, also expressed concern about the robust amount of "wildly outlandish" misinformation in the document. Nelson said, "This document is below the belt because of how much misinformation there is, how many conspiracy theories there are, how much violence it promotes and how many reasons it gives to justify dehumanizing people."