Here's how Biden can handle Putin 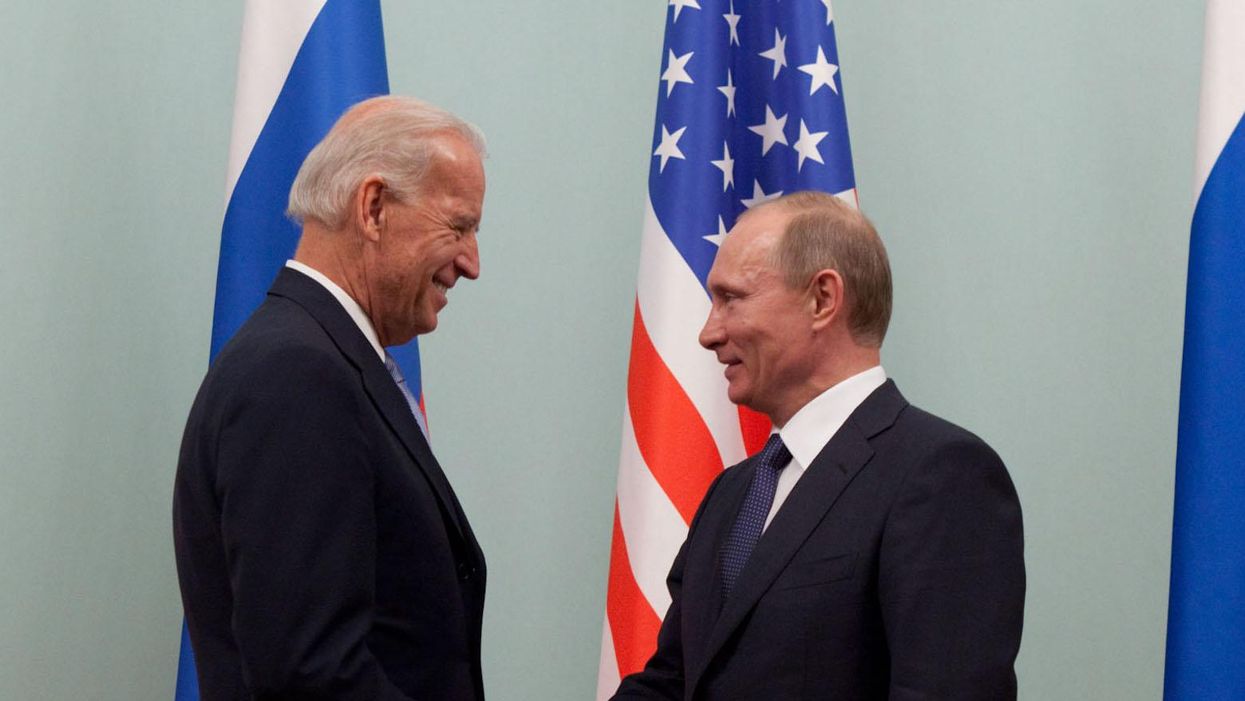 When Vladimir Putin faced the world's media recently for his annual end-of-year press conference, he was characteristically aggressive.

Asked by a BBC journalist whether, as Russia's president for 20 years, he accepted any responsibility for the current “woeful state of relations" between his country and the west or whether the Russian authorities were “always white and fluffy" (a Russian expression for squeaky clean), he was scathing in his reply:

About us being “white and fluffy". In comparison with you, yes we are … We heard you promise that Nato is not going to expand to the east – but you didn't keep your word.


Putin's words reflect a general freeze in relations between Russia and the west that has been developing over some years. This prompted a group of former US, European and Russian diplomats, generals, researchers and political figures, supported by the European Leadership Network (ELN), to write a letter to the UK's Times newspaper on December 8 to call for action in Moscow and for Nato to restore talks on how to impose limits on military activity in Europe.

This has become increasingly urgent over the past few years. If the United States and Russia don't agree to extend New START (as the Strategic Arms Reduction Treaty is known) by February 5 2021, there will be no legally binding treaty that would set verifiable limits on their nuclear weapons which make up 90% of the world's nuclear arsenal, for the first time since the 1970s.

How to handle relations with Russia will be one of Biden's top foreign policy priorities when he moves into the Oval Office after his inauguration on January 20. During the recent election campaign the president-elect identified Russia as the “biggest threat to America right now in terms of breaking up our security and our alliances".

Nato-Russia relations have been in the deep freeze since 2014 when Russia annexed Crimea. Russia's provocative behaviour since has included a build-up of Russian military forces and impromptu exercises in the Baltic and Black Sea regions.

Nato member states, meanwhile, have continued their policies of sanctions, strengthening the alliance's eastern defence posture and limiting diplomatic relations with Russia. The security dilemma has only worsened in Europe since the US terminated the Intermediate-Range Nuclear Forces Treaty in August 2019 due to repeated Russian violations.

The ELN experts recommend a series of measures suggesting that “these steps can contribute to an atmosphere, in which resolution of those difficult political issues becomes more achievable".

But this requires Nato to overcome three crucial obstacles. Nato solidarity must be repaired after four years in which criticism by the outgoing US president Donald Trump has called the transatlantic partnership into question. There needs to be renewed political will in both Washington and Moscow for restoring arms control agreements. And renewed attempts at diplomacy in the west's relationship with Russia must address Russia's precarious dilemma, caught in stagnation after the collapse of the Soviet Union but hungry for recognition of its great power status.

These steps are key if diplomacy is to have a chance. Here, Biden's election could reverse the some of the more worrisome tendencies in US foreign policy under outgoing president Donald Trump. Under Biden, the US will follow a “hang tough, but keep talking" policy towards Russia, based on more international engagement and better cooperation with Nato's European members.

There is hope that a more coherent US policy will increase the chances of renewing the Russia-Nato dialogue. This would provide the opportunity to cooperate with Moscow on issues such as climate change, coronavirus, counterterrorism, and Iran's nuclear programme.

Biden can also help Nato to again become an effective platform for negotiations. But this is only possible if Washington changes its rhetoric and remains interested in issues of European security as well as arms control. Trump's confrontational rhetoric needs to give way to confidence-building measures where there are strong incentives to reduce the risk of escalation, misperceptions and potential misunderstandings.

Nato could start by addressing Russia's long-term fears dating back to the end of the Anti-Ballistic Missile Treaty in 2002. The US could reassure the Russians by allowing them to inspect Nato missile defence sites in Romania and Poland.

Discussions in 2021 for the updating of the Vienna Document – the politically binding agreement that provides for the exchange and verification of information about armed forces and military activities – will also be very important to “restoring trust and increasing mutual confidence". And allies of the US must keep emphasising the importance of the Open Skies Treaty, something that Biden has said he supports.

All of this will not be secured overnight. Patience is necessary, as well as a willingness to see common ground to make the relationship between Russia and Nato functional; but also a dose of realism, and especially transatlantic cooperation and predictability.