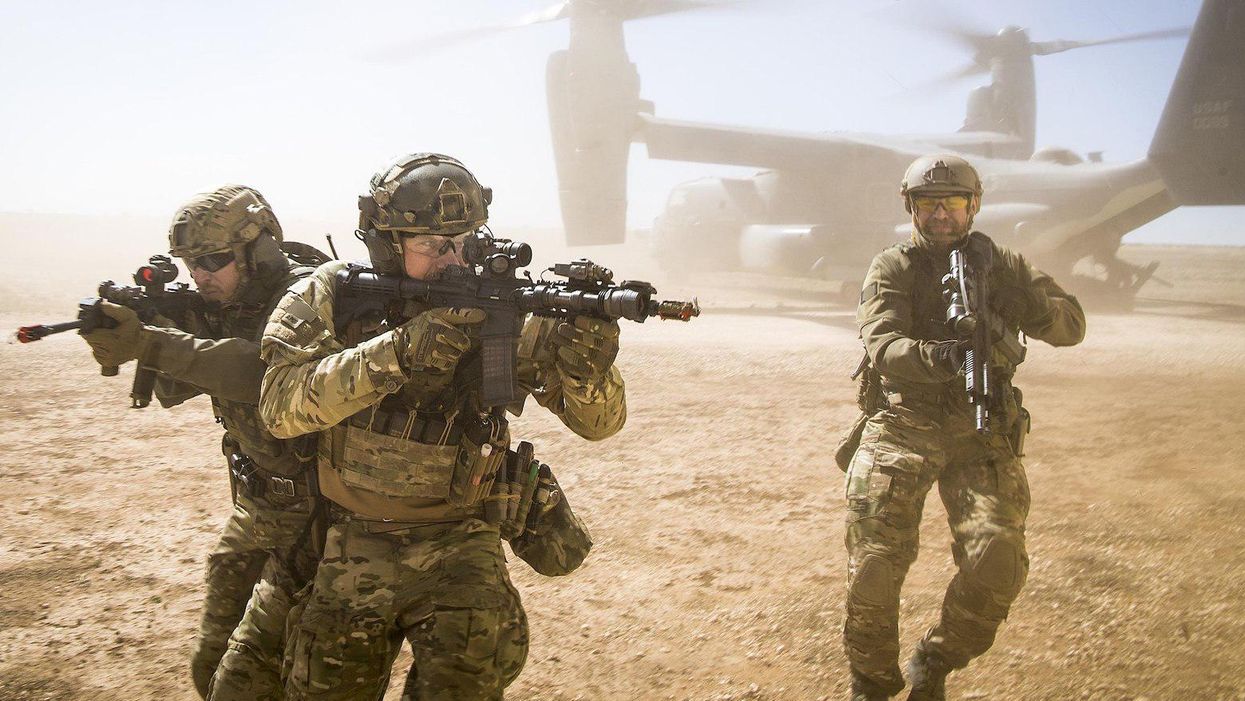 Lt. Gen. Thomas McInerney, a retired U.S. Air Force veteran, has not been shy about pushing ridiculous conspiracy theories — whether he was promoting the racist "birther" theory that President Barack Obama wasn't really born in the U.S. or claiming that the late Sen. John McCain divulged information to the Viet Cong during the Vietnam War.

Now, McInerney is doubling down on his recent claim that U.S. Special Forces died during a recent attack on a CIA computer facility in Germany — where, McInerney claimed, information was being kept on a plot to flip votes from President Donald Trump to President-elect Joe Biden. But as Military.com explained, the Army has debunked McInerney's claims as nonsense.

Reporter Gina Harkins explains, "No special forces soldiers were killed while seizing computer servers in Germany as part of a CIA operation after the presidential election. There was, in fact, no mission of the sort. And members of the 305th Military Intelligence Battalion are not 'the kraken' that an attorney for President Donald Trump said, last month, she'd be unleashing. The unit is not involved in any post-election missions supporting the White House — a move that would be highly unlikely considering it's an entry-level training battalion where new soldiers who haven't yet picked up their military occupational specialty are assigned."

The Trump attorney that Harkins is referring to is Sidney Powell, who promised to "release the kraken" with her lawsuits challenging Biden's victory. A kraken, in Scandinavian folklore, is a giant sea monster—and the expression "release the kraken" was used in the 1981 fantasy film, "The Clash of the Titans."

A U.S. Army official, discussing McInerney's election claims, told Military.com, "The allegations are false." Harkins notes that the 83-year-old McInerney "made the claims last weekend on a show hosted by Brannon Howse on the far-right WVW Broadcast Network, which streamed the discussion on YouTube. The claims quickly spread on social media, with users tying the retired general's comments to unsubstantiated allegations of fraud during November's presidential election."'

In 2018, McInerney was banned from Fox News and Fox Business after appearing on Charles Payne's show and defaming McCain as "Songbird John," which was his way of making the baseless claim that McCain gave information to the View Cong while he was a POW during the Vietnam War. Before that, McInerney promoted the racist "birther" conspiracy theory and claimed that Obama was "constitutionally ineligible to hold office" because he wasn't really a U.S. citizen.