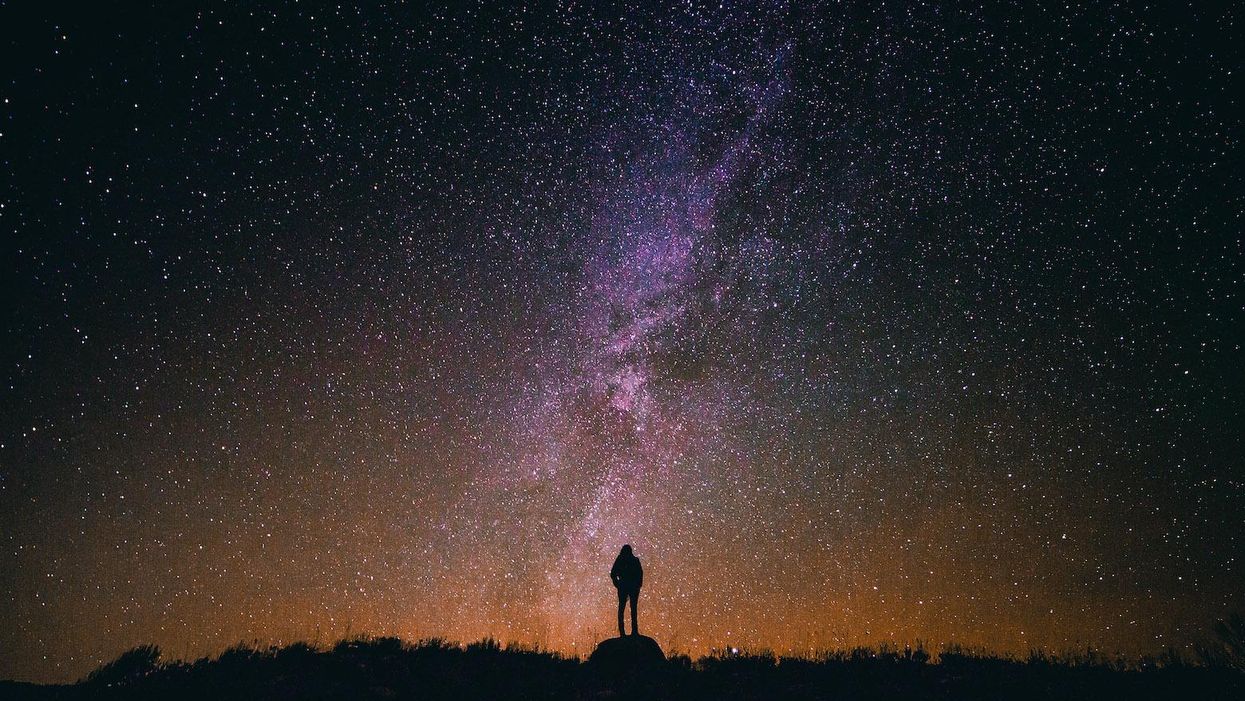 Astronomers, astrophysicists, and nonprofits like the Search for Extraterrestrial Intelligence have been scouring the skies for signs of intelligent life for decades, and have thus far come up blank. Every year, thousands of stories of supposed alien abduction or interstellar communication emerge from citizens around the world, though just about all of them are dismissed by the scientific community outright for lack of evidence. Yet while most stories of alien abduction emerge from those who are either mentally ill or desirous of attention in some regard, occasionally someone with political clout makes such claims — as the former head of an Israeli space agency did last week when he announced that human beings have made direct contact with extraterrestrials.

Haim Eshed, who used to lead Israel's Defense Ministry's space directorate, told the Israeli newspaper Yediot Aharonot that extraterrestrials from a "galactic federation" have been in contact with human beings but do not want the public to know as they feel our species is not ready yet, according to NBC News. He also claimed that President Donald Trump had planned on revealing the extraterrestrials' existence but was asked to not do so in order to prevent "mass hysteria"; that there is an "underground base in the depths of Mars" where American astronauts and extraterrestrials interact; that the U.S. government signed a contract with aliens allowing them to do experiments here; and that the extraterrestrials are seeking to learn about "the fabric of the universe."

"They have been waiting until today for humanity to develop and reach a stage where we will understand, in general, what space and spaceships are," Eshed said of the supposed galactic federation.

Astronomers and physicists are so accustomed to outrageous claims of extraterrestrial sightings that the phrase "it's never aliens" has become a motto of sorts, repeated in Twitter memes and college course titles. "Extraordinary claims require extraordinary evidence," popular astronomer and science educator Carl Sagan famously quipped. Sagan was fond of pointing out that skepticism formed the crux of the scientific method, and scientists still apply his lesson to claims of alien sightings. Recent fast-moving objects observed by the US Defense Department, for instance, went viral over public speculation that they might be alien craft; yet human engineers are perfectly capable of producing such fast-moving drone craft right here on Earth. Occam's Razor suggests a human origin is a far more likely explanation.

Hence, an attention-hungry loner or a diagnosed paranoid schizophrenic person reporting alien sightings is common enough as to not be newsworthy. That is because the public does not expect this type of person to be credible, and such people generally don't provide evidence that would make them so.

But what about when someone with political power, influence and credibility makes such obviously bogus claims? Someone like Eshed, or astronaut Edgar Mitchell, or former Canadian defense minister Paul Hellyer?

"Without further information, it is impossible to know what psychological factors might underlie these claims from Haim Eshed," Christopher C. French, a British psychologist who specializes in the psychology behind people claiming to believe in or have experienced the paranormal, wrote to Salon.

Indeed, there are psychological disorders that commonly lead to their sufferers believing that they are under the influence of aliens. The connection between mental illness and claims of alien abduction is common enough that there are entire psychology studies devoted to the subject. A 1983 paper published in The Canadian Journal of Psychiatry, titled "Psychoses and unidentified objects," studied six subjects who claimed to have communicated with aliens who had given them missions to protect humanity. The study's two co-authors concluded that "five of them suffered from a paranoid delusional state often akin to paraphrenia," a mental condition characterized by paranoid delusions and hallucinations.

French speculated as to the possible psychological explanations for Eshed's claims, explanations that apply to other prominent alien-seers like Hellyer and Mitchell. French noted that he could be telling the truth, although "given the outlandish nature of his claims and the lack of any direct evidence to support them" French agreed it was "extremely unlikely."

A more likely possibility is that Eshed genuinely believes what he is saying despite it being false, in which case French says he would want to know the reasons. "Has he seen any actual evidence or is he basing his claims on reports from others? If the former, is the evidence convincing? If the latter, are these others credible? What are they basing their claims upon? Is it possible that Eshed is delusional? This is certainly a possibility."

Finally, it is possible that Eshed and his ilk are deliberately lying; certainly, he has a financial incentive to do so, as he is promoting a book about UFOs. This seems most likely. "He has already garnered much attention by his claims," French mused. "He will no doubt become the latest 'darling' of the UFO community and be invited to address UFO conferences, not to mention appearances on talk shows, and so on. Maybe it's all a practical joke and he is laughing all the way to the bank?"

"Mr. Eshed's background as a space security official serves as a reminder that outlandish views are not limited to uneducated people," Glenn C. Altschuler, a historian at Cornell University who regularly contributes to Psychology Today (where he has written about UFOs), told Salon by email. Altschuler also noted that "Eshed is, in essence, inviting journalists to ask President Trump what he knows about the alien presence on earth. It leaves one wondering what Mr. Trump, no stranger to outlandish theories, might say about Eshed's claims."

Altschuler also argued that belief in UFOs can be viewed in the broader context of people interpreting reality in different ways based on influences including those of "parents, peers, and charismatic figures."

He added, "We know as well that when presented with evidence that seems to debunk their beliefs or conspiracy theories they often hug them ever more tightly, exhibiting what psychologists call cognitive dissonance. Motivations, of course, vary from individual to individual — and it is important to understand that many people fervently believe that what they are saying is true. They may interpret attention as validation. If they are telling a story for material gain, of course, all bets are off."

French made a similar point, noting that Eshed's unsubstantiated claims are part of a larger phenomenon that can lead to misinformation being taken seriously by large sections of the public.

"The problem here is that these claims will fuel conspiracy beliefs of all kinds," French wrote to Salon. "After all, if the US government are lying about this, what else are they lying about? Maybe the COVID vaccination programme really is just a cover to inject us all with microchips to control our minds? This way lies collective madness — and thousands more unnecessary deaths."

He added, "If Eshed has any solid proof to support his claims, he should tell the world what it is. Until he does so, we should feel no more obliged to believe him than we would any other conspiracy theorist."

In general, many well-meaning people believe fervently in UFOs, though few go so far as to claim to have been abducted or met a Galactic Council. Susan Krauss Whitbourne, a professor of Psychological and Brain Sciences at the University of Massachusetts Amherst, told IBTimes UK in 2015 that people may also be more inclined to believe in UFOs if they are more open to new ideas in general.

"You get the sense that there's kind of a dimension of suggestibility, so if you're high on that spectrum ... [you may be more] willing to entertain new ideas and fantasies. You start to get into the domain where people believe things that seem highly improbable," Krauss Whitbourne explained.