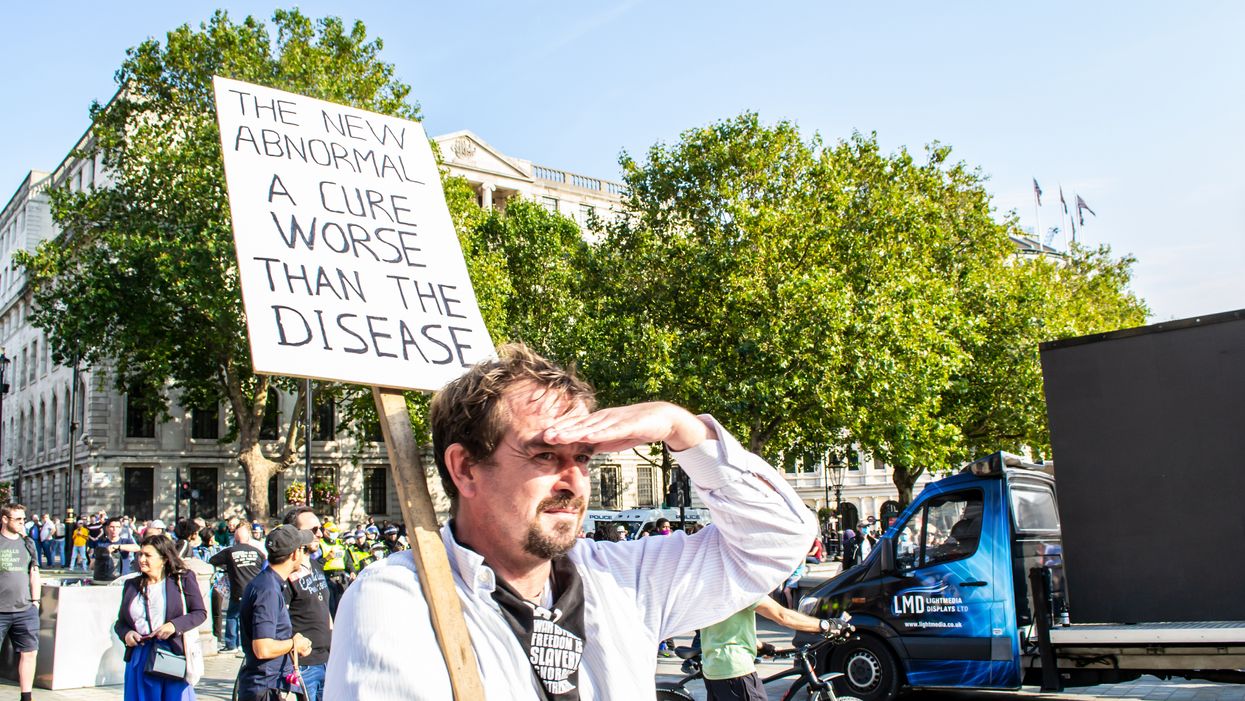 The Conversation
Scientists explain how to fight back against anti-maskers, climate deniers and anti-vaxxers
Meaghan Ellis
December 26, 2020

As states across the country focus on COVID-19 vaccine allocation, a small group of Americans are waging war against the potentially life-saving drug by claiming it has already begun killing recipients.

A new editorial published by The Daily Beast focuses on the conspiracy theories circulating on various discussion boards. On Reddit, a substantial number of anti-vaxxers are raising concerns about a "non-existent" list of "comprehensive list of COVID vaccine-related deaths."

"Comprehensive list of COVID vaccine-related deaths?" one Reddit user asked, as he added, "Anyone putting one together yet?" Another user even encouraged "picking" dates and times to build a list of so-called people who died following complications of the COVID-19 vaccine.

"Pick a date and time when the first recorded death of someone who had the vaccine [sic]," another user posted. "For bonus, which news site will announce it?"

However, there is just one problem with their approach: While there have been reports of recipients having side effects from the vaccine, there are no deaths that have been reported as a result of vaccine complications. Despite the glaring

In fact, the latest falsehoods have even alarmed some who are skeptical about vaccines. "I have heard reports that there have been instances of anaphylaxis with two [resultant] deaths thus far, in England," another Reddit user said.

Amid the uptick in anti-vaxxers' search for "phantom deaths," Moderna and Pfizer have both received emergency authorization for vaccine distribution in the United States. According to the publication, fatigue, fever, and "soreness at the site of the shot" are the most common vaccine-related symptoms recipients are facing.

Peter Hotez, a Baylor College of Medicine vaccinologist, admitted that there has been "a higher-than-expected number of allergic reactions" with the Centers for Disease Control and Prevention (CDC) reporting a total of just six people suffering from anaphylactic episodes which could be fatal if left untreated.

Despite anti-vaxxers' claims, the vaccine has been mostly successful.