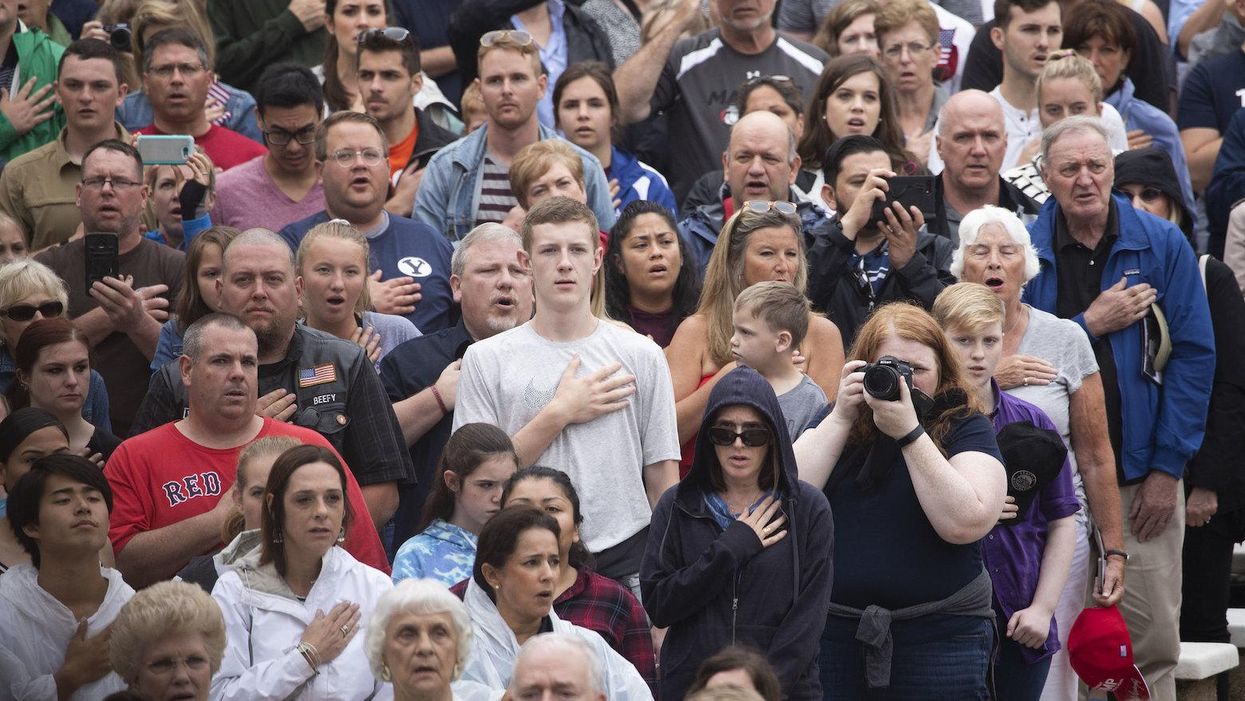 Countless political pundits have described the United States as a deeply divided country with two separate realities: a rural Red America that voted to reelect President Donald Trump and consumes Fox News and AM talk radio voraciously, and an urban and suburban Blue America that rejected Trump, made Joe Biden president-elect and is more likely to be consuming the New York Times, MSNBC and CNN. But liberal/progressive pundit Cenk Uygur, in an op-ed published by The Hill on December 21, argues that there are "three tribes" in the United States: (1) "the establishment, (2) "Trumpworld, MAGA Land," and (3) progressives.

Uygur, who hosts "The Young Turks" with fellow liberal/progressive Ana Kasparian, describes "the establishment" as Americans whose "worldview is cemented by the best propaganda the world has ever seen."

"They've convinced the world that the country that does the most invasions seeks peace, the country that ethnically cleansed a continent seeks equality and the country that enslaved a people stands for freedom," Uygur explains. "And everyone believed it. These days, driven by greed, they are busy convincing people that we can afford war but not health care — and that, somehow, the carnage of war keeps us safer than high-quality medicine. That if the rich have all of the money, the poor will be better off because some small amount will one day trickle onto them."

In other words, Uygur describes "the establishment" as traditional non-Trumpian conservatives. And he draws a distinction between the right-wing "establishment" and "Trumpworld, MAGA Land, where no facts need apply."

"Their worldview is cemented by a neurotic insecurity buttressed by the most brazen propaganda," Uygur observes. "Their alternative facts are wielded as blunt instruments — and that, too, works. So, now we have the largest cult the world has ever seen: 74 million people in an alternate universe where facts are the enemies of the people. This is enormously dangerous."

Comparing the "three alternate realities" in the U.S., Uygur asks, "So, how do we communicate, when we're not even speaking the same language anymore? We progressives think we're speaking the language of logic, and we think the right-wing tribe doesn't understand one word of that language — in fact, it doesn't even think our language should exist. To them, logic is for suckers and losers; winners go for raw power, no matter what the facts are."

Uygur concludes his op-ed on a pessimistic note, lamenting that he doesn't see how Americans can overcome their deep divisions.

"When if you hate the messenger, and even if the messenger is wrong about the particulars, the one thing we can all agree on is that we can't agree on a damned thing," Uygur warns. "Welcome to the parallel-universe portion of our program! There are now three Americas with three distinct realities. We don't just disagree on the issues, we disagree about what planet we live on. So, how does this end? Not well."