Biden is inheriting a failed state 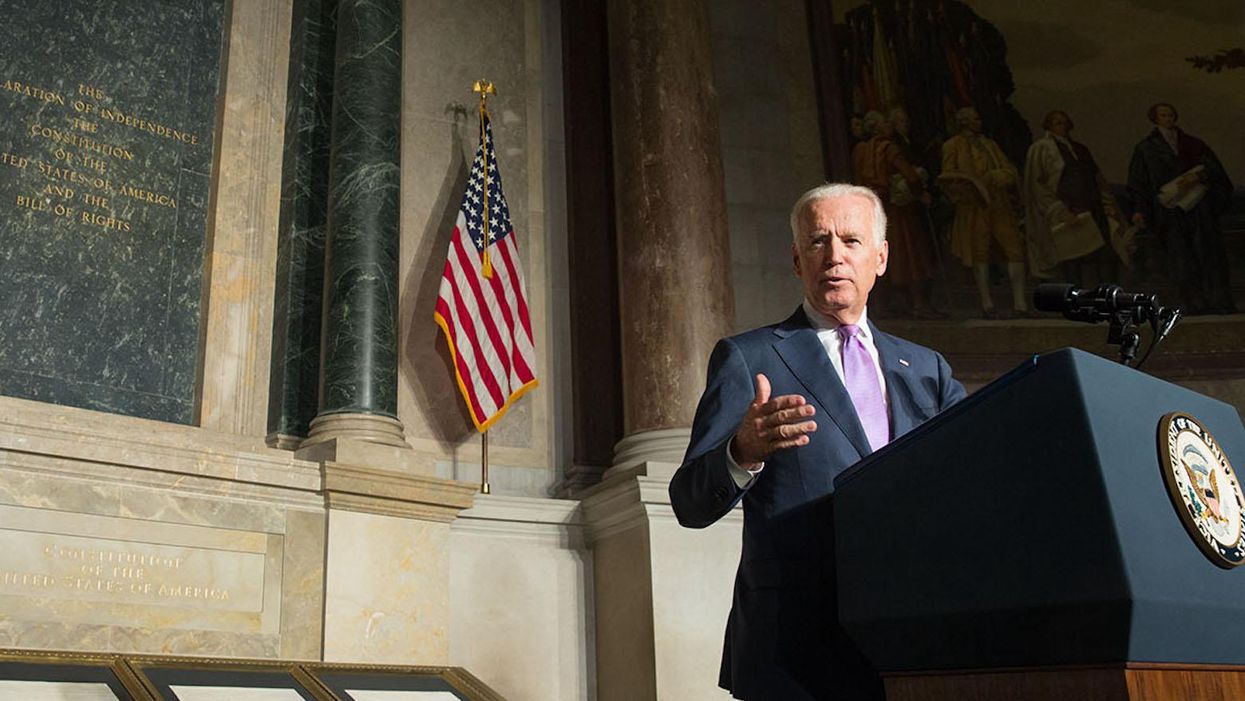 In the waning days of the Trump presidency, there's a steady drumbeat coming from the corporate news media and its pundits: the suggestion that, come Jan. 21, everything will suddenly and magically return to "normal."

Never mind the mounting COVID death toll, which on several days this month has spiked above 3,000 a day.

The projection of normalcy is essential to preserving the existing economic order, to organize our self-image as the noblest of nations built on the wisdom of great white men, the landed gentry, who — with the exception of their reliance on slavery — were divinely inspired when they wrote the Constitution.

After four years with Donald Trump at the helm, one would have to be a comatose ancestor worshipper not to see how Trump exploited the shaky 18th-century architecture of patriotism for his own family's enrichment.

A man who failed to win the majority of the popular vote in 2016 had carte blanche to turn state against state in a COVID civil war that produced a body count that may end up rivaling that of the Rwandan civil war of the 1990s, when actual weapons were used to kill 800,000.

The Trumpian internecine conflict tore the nation asunder at the granular level. Millions of once close-knit extended families have become alienated from each other over arguments as to the efficacy of wearing a mask or socially distancing.

And the legitimate public health remedy of social distancing and limiting in-person communication only encouraged the stratification of our society that was already well underway, thanks to late-stage vulture capitalism and its acceleration of wealth concentration.

Trump, by pitting red against blue, robbed the entire county of its most essential defense: cohesion. But Trump was not happy with that alone. He dug deeper, like the sadist he is, fanning the flames of racism and xenophobia that existed in volcanic fissures just below the surface of our nation. He hoped to ride that lava flow of ash and burning cinder to realize his ambition.

But to finger Trump alone for our miserable situation fails to not fully grasp the awful truth that's been decades in the making. That true narrative reads more like science fiction than like the accurate, if bleak, recounting of our post-9/11 history it is.

As the world's wealthiest nation, we invested vast sums in the deadliest and most ecologically destructive weapons known to man. We cut public health spending and closed hospitals in rural and urban areas where the poor lived.

Life expectancy declined in the U.S. three years in a row, just as it did around the time of the 1918 Spanish flu epidemic. Two decades into the 21st century, millions of American households either had no health care insurance or were underinsured. Thus, well before the onset of the pandemic, we had a significant population of Americans beset with chronic disease and with inadequate medical care. Even though we also have the most expensive health care system in the world.

In pre-COVID America, the vast wealth inequality we were seeing rivaled what we had experienced during the Great Depression. Now, in the jaws of this killer virus, the daily experience gap between those who are privileged enough to work from home, and those forced by economics to go out in the world to earn their daily bread, harkens back to the era of feudalism: the nobility safe in the castle, while the "essential" serfs must face bandits, wolves and weather outside the walls.

"There are the college-educated knowledge-based workers, who can continue to work insulated in their homes, who are served by the essential workers in transit and retail sectors who have to be out in the world to serve them," observed Dr. Harriet Fraad, a New York psychotherapist who focuses on the intersection of family life and the economy. "This means during this pandemic that it's the poor and working class, made up primarily of women and people of color, who are more likely to die."

In his victory speech, President-elect Joe Biden pledged "to be a president who seeks not to divide but unify" and who will seek to "heal and restore the American soul."

That presumes America had a soul before the pandemic.

A fully honest examination of the struggles of tens of millions of American households before COVID, and how they have fared during the pandemic, suggests we have yet to find it.