500 doses of a COVID-19 vaccine were 'intentionally' destroyed: officials 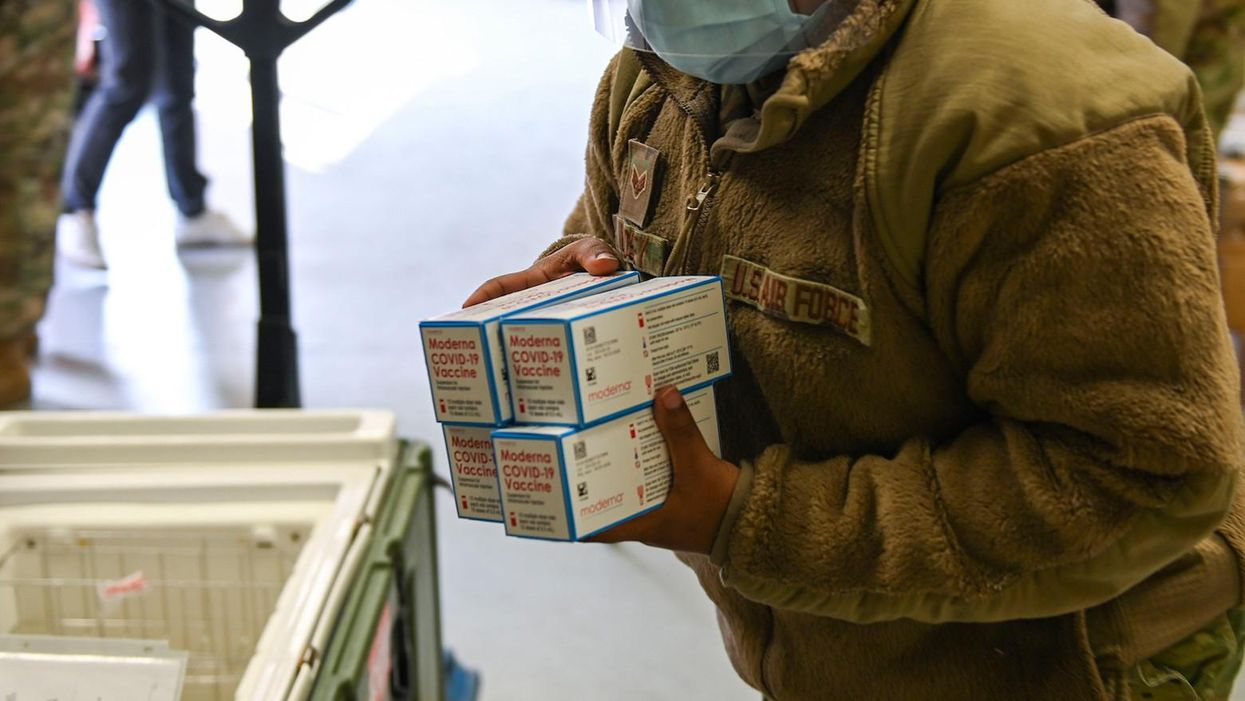 Officials at the Aurora Medical Center in Grafton, Wisconsin, have discovered that someone "intentionally" removed 500 doses of the Moderna COVID-19 vaccine from a pharmacy refrigerator and left them out overnight on Dec. 26, irreparably damaging them and forcing their disposal.

The center had previously revealed that the 57 vials had been left out overnight, causing the vaccine to become unusable, but it attributed the loss to a simple mistake.

"We immediately launched an internal review and were led to believe this was caused by inadvertent human error," the center said in a statement, first reported by local outlet Fox 6.

But on Wednesday night, the center revealed that the person responsible had eventually "acknowledged that they intentionally removed the vaccine from refrigeration."

It's not clear what motivation the person could have had for destroying the vaccine, and the center did not provide the individual's name.

"We have notified appropriate authorities for further investigation," the statement said. "We continue to believe that vaccination is our way out of the pandemic."

It continued: "We are more than disappointed that this individual's actions will result in a delay of more than 500 people receiving their vaccine. This was a violation of our core values, and the individual is no longer employed by us."

The Moderna vaccine must be kept at a low temperature to remain viable.

A loss of five hundred doses is a major blow because the supply of vaccines is limited, and the distribution has been more sluggish than expected. With the virus's spread surging to new heights — a record 3,880 people reportedly died from the virus on Wednesday in the U.S., according to Worldometer — delaying vaccination is literally a matter of a life and death.