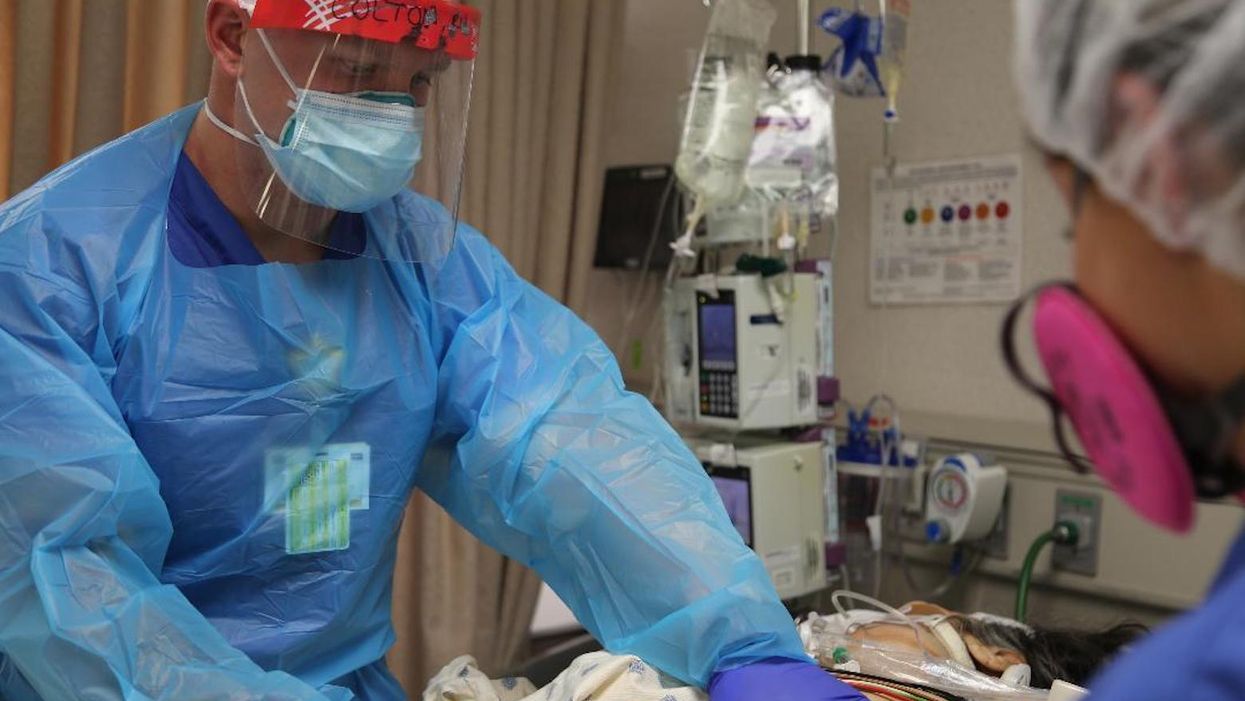 Top-ranking state officials in California are urging residents to refrain from attending Christmas and New Year's Eve gatherings amid fears that another coronavirus surge could break the state's healthcare system, according to a new report published by The Washington Post.

With unprecedented spikes in COVID-19 cases, California's COVID projection models have warned that hospitals could be inundated with "tens of thousands" more patients by the middle of January. California Health and Human Services Secretary Mark Ghaly also revealed state officials are currently mulling over possible approaches to rationing care if the system breaks in the coming weeks.

The latest news comes as California has become the United States' latest coronavirus epicenter with nearly two million cases just in the state, alone. It has also been reported that hospitalization have surged by nearly 65% over the last two weeks.

On Tuesday, Dec. 22, administrators at several of the state's largest hospital systems are attributing the latest significant spikes to community spread as a result of Thanksgiving holiday gatherings which is one of the main reasons for the concerns about the upcoming holidays. Stephen Parodi, associate executive director at Permanente Medical Group, noted that travel may have also contributed to the latest surge.

He later added, "We hope not to get to the place where we have to start making extraordinarily difficult decisions that most of us have never had to face before. But with resources spread so thin — especially staffing — the only way we can avoid reaching crisis levels is if everybody takes action to stop the current spread of the virus."

The CDC also expressed its concerns about travel during a scientific briefing, especially given the identification of a new COVID-19 variant from the United Kingdom.

"Ongoing travel between the United Kingdom and the United States, as well as the high prevalence of this variant among current UK infections, increase the likelihood of importation," the CDC said in a scientific brief. "Given the small fraction of US infections that have been sequenced, the variant could already be in the United States without having been detected."

As of Wednesday, Dec. 23, more than 18 million cases have been reported across the United States, including nearly two million in California. The death toll has also surpassed 330,000.