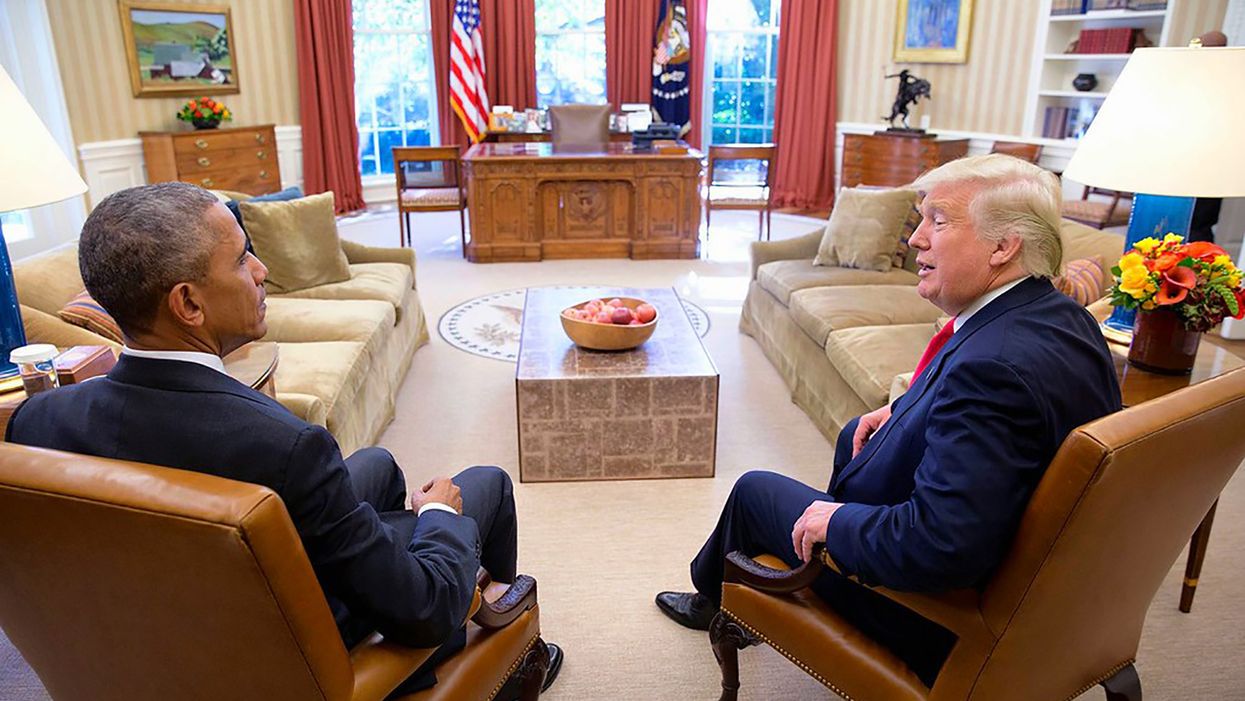 President-elect Joe Biden is launching his official transition team Monday, in which he'll name the team of medical experts he intends to deploy to lessen the severity of the COVID-19 pandemic. He'll also begin the process of announcing nominees for the top cabinet positions.

But the woman at the helm of the White House transition effort won't be doing her job in the coming weeks, the Washington Post reported.

As President Donald Trump continues to deny the outcome of the election, he's taking to the streets to encourage his supporters to follow him into a legal battle questioning the validity of the electoral outcome. His troops in the White House are doing their part too.

"A Trump administration appointee is refusing to sign a letter allowing President-elect Joe Biden's transition team to formally begin its work this week, in another sign the incumbent president has not acknowledged Biden's victory and could disrupt the transfer of power," said the Post.

The General Services Administration administrator is the person in charge of federal buildings and paperwork required to turn over access to government officials, the budget for the transition, and equipment for the incoming president. She's not allowing any of it to move forward.

"An ascertainment has not yet been made," said GSA spokesperson Pamela Pennington. "And its Administrator will continue to abide by, and fulfill, all requirements under the law."

Under the Presidential Transition Act of 1963, a candidate becomes “President-Elect” (for purposes of the transitio… https://t.co/KJ5z29zily
— Steve Vladeck (@Steve Vladeck)1604768959.0

It has been more than 36 hours since Biden was declared the winner, but the peaceful transition of power doesn't seem likely.

"GSA Administrator Emily Murphy had written no such letter," the Post said about the legal documents needed to begin the transition. "And the Trump administration, in keeping with the president's failure to concede the election, has no immediate plans to sign one. This could lead to the first transition delay in modern history, except in 2000, when the Supreme Court decided a recount dispute between Al Gore and George W. Bush in December."

"No agency head is going to get out in front of the president on transition issues right now," one senior White House official explained. The person anticipated that the heads of the agencies would be told not to work with or even talk to the incoming administration.

"Now that the election has been independently called for Joe Biden, we look forward to the GSA Administrator quickly ascertaining Joe Biden and Kamala Harris as the President-elect and Vice President-elect," said the Biden transition spokesman. "America's national security and economic interests depend on the federal government signaling clearly and swiftly that the United States government will respect the will of the American people and engage in a smooth and peaceful transfer of power."