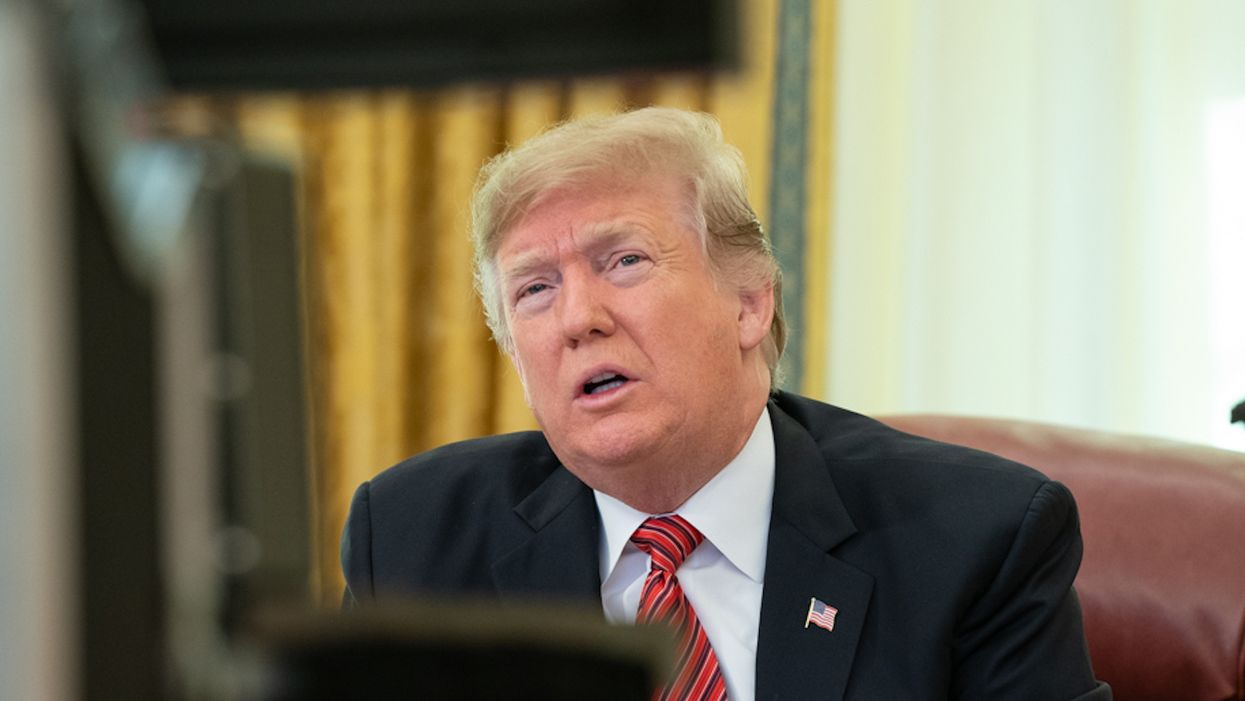 In the early days of the pandemic, President Donald Trump tried to handle the World Health Organization (W.H.O.) as if were just another business transaction — but he likely did not bank on Dr. Tedros Adhanom Ghebreyesus' refusal to comply with his wishes.

According to The New York Times, Trump had Andrew Bremberg, the American ambassador in Geneva, to deliver a list of seven demands to Tedros. He reportedly was not pleased when Tedros refused to negotiate.

Bremberg also released a statement criticizing the W.H.O. and placing blame on the organization for its failure to "rebuild trust among some of its critical member states."

"At a critical moment when the W.H.O. leadership had the opportunity to rebuild trust among some of its critical member states, it chose a path that did the very opposite and demonstrated its lack of independence from the Chinese Communist Party," Mr. Bremberg, the American ambassador in Geneva, said in a statement.

But, instead of the moment becoming an opportunity to discuss ways both sides could improve their overall handling of the pandemic, hours later, Trump impulsively announced during a Rose Garden press briefing, that the United States would be severing ties with the health agency.

Now, in the aftermath of Trump's split from the W.H.O., experts are weighing in on the collapse and how it could impact President-elect Joe Biden as he attempts to salvage the United States' decades-long relationship with the global health agency the country helped to establish. However, experts do understand why Tedros was not willing to negotiate with Trump.

According to Gostin, Trump's demands were more like "blackmail" as opposed to a form of negotiation.

Lawrence Gostin, a Georgetown University law professor and longtime W.H.O. adviser, shared his opinion of the strained relationship between both parties after reviewing Trump's list of demands. "It was an enormous backfire, and it was bound to be," Gostin said. "It wasn't a negotiation. It was blackmail."