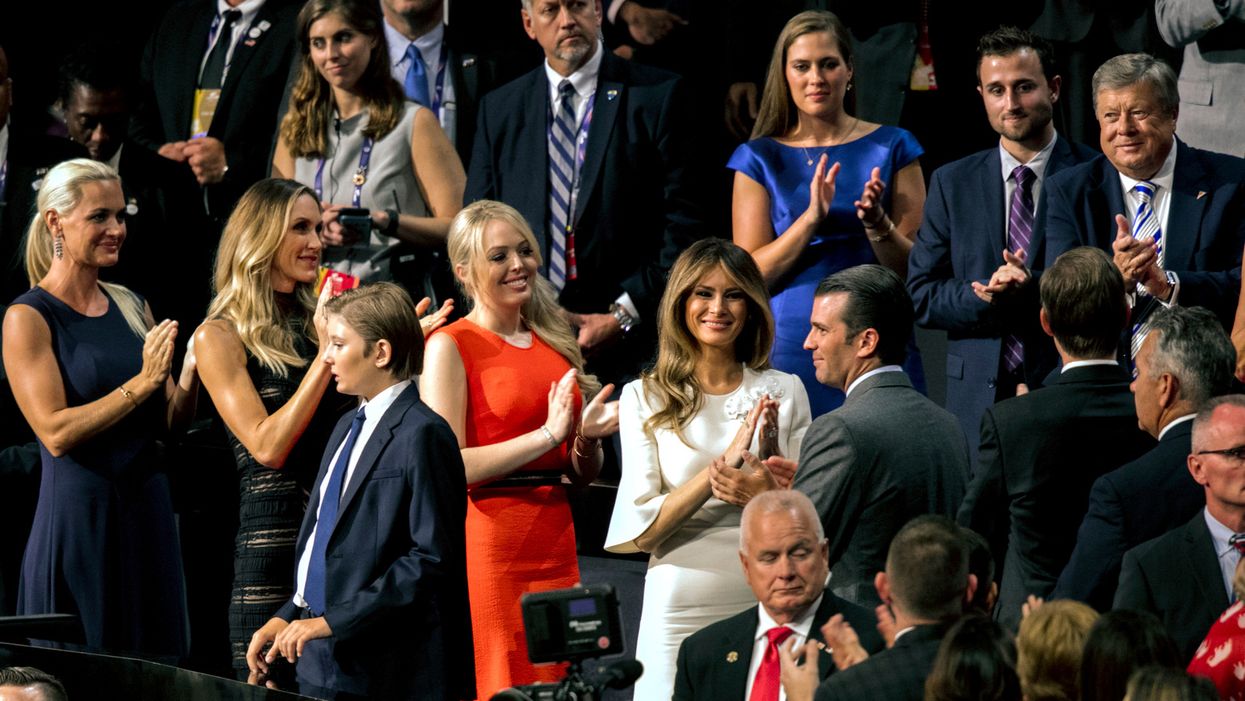 Early Friday morning, filtering his media diet to only include yahoos promoting conspiracy theories and baseless election fraud claims, Donald Trump found a heartwarming story. Posted by a Wayne Dupree, the title clearly caught Donald's eye: "Trump's Alleged Sister Issues Rare and Bold Statement on 2020 Election and Proves How Much She Believes in Her Brother." You might want to grab tissues, especially if you cry when you laugh really hard.

Trump retweeted the story, writing "Thank you Elizabeth, LOVE!" The tweet highlighted by Mr. Dupree is one posted on Nov. 18 from an account @TheBettyTrump, and reads "This election inspired me to break my silence and speak out on behalf of my family. My brother Don won this election and will fight this to the very end. We've always been a family of fighters. We are all so very proud of him and the job he has done for our country. 4 MORE YEARS!" I guess she waited until two weeks after the election to retrofit this inspiration? Well, it turns out that this account ain't Donald Trump's sister.

If one clicked through to the Dupree article, he writes an update saying "This tweet was widely shared online and covered by other publications. While this has not been officially "fact-checked" by social media executives and professionals, we're hearing from many others that this is not actually the account of Ms. Elizabeth Trump, but is actually a parody account." The account seems to have been set up two days ago and is filled with succinct attacks on just about everyone from Michelle Obama to Chris Wallace and Tucker Carlson.

Here are a couple of examples.

So, while this is a parody account and Donald Trump is a dangerous fool, the message is painfully the same as most MAGA accounts.

Elizabeth Trump Grau, has stayed out of the press for the most part during her life. By most accounts she has been frequently seen at Trump's Mar-a-Lago, appearing in photos with massage parlor owner and Chinese CEO liaison, Li Yang.