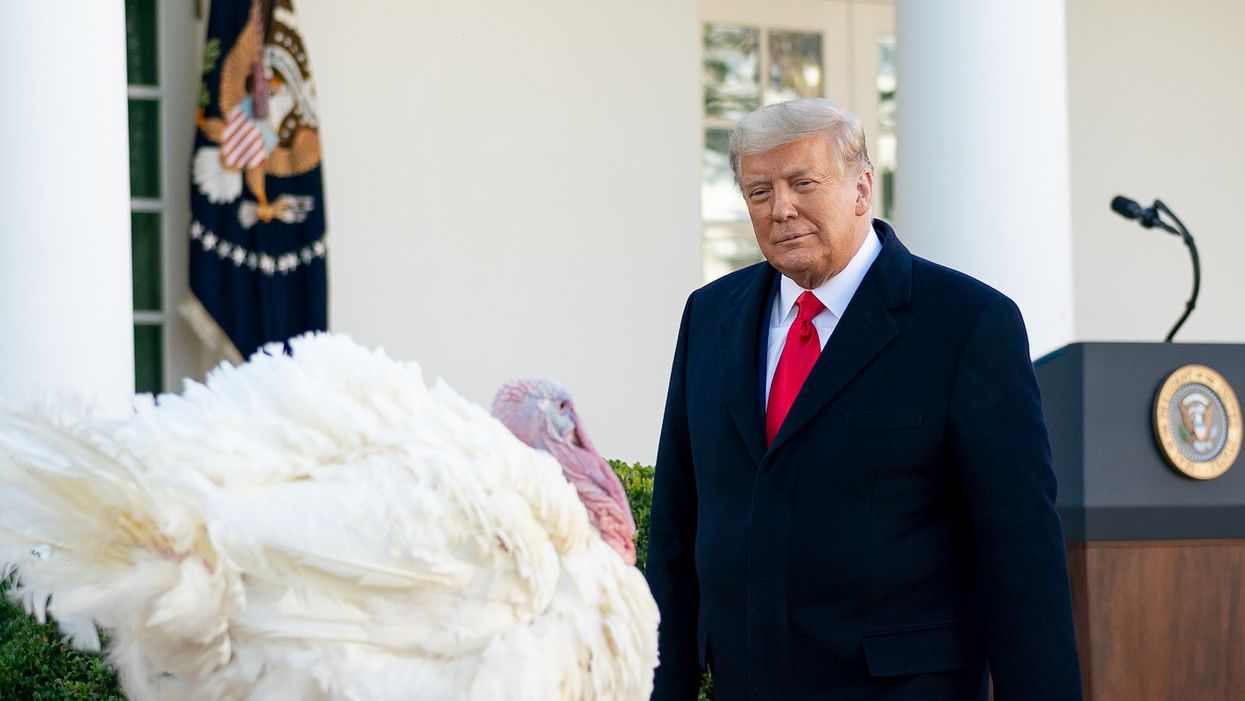 CNN host John Berman on Friday lit into President Donald Trump for going on an unhinged Thanksgiving rant about the 2020 election in which he once again falsely claimed that he won.

Berman in particular zeroed in on Trump's seething anger at Reuters White House correspondent Jeff Mason, who asked the president on Thursday if he'd concede that he lost the election.

"He was yelling at Jeff Mason, who is the most mild-mannered reporter in America, who was asking one of the most obvious questions in America, which is, 'Will you concede the race that you lost?'" Berman said. "I think it gave a window into where the president is this morning and how untethered to reality he may be."

Guest Ron Brownstein shared Berman's assessment and talked about the harm it's doing to the United States.

"[He's] doing real damage," Brownstein said. "You've seen the polling: Three-quarters of Republicans now believe the election was stolen. We've never seen anything like this, an effort by a president to systemically undermine the results of the election."