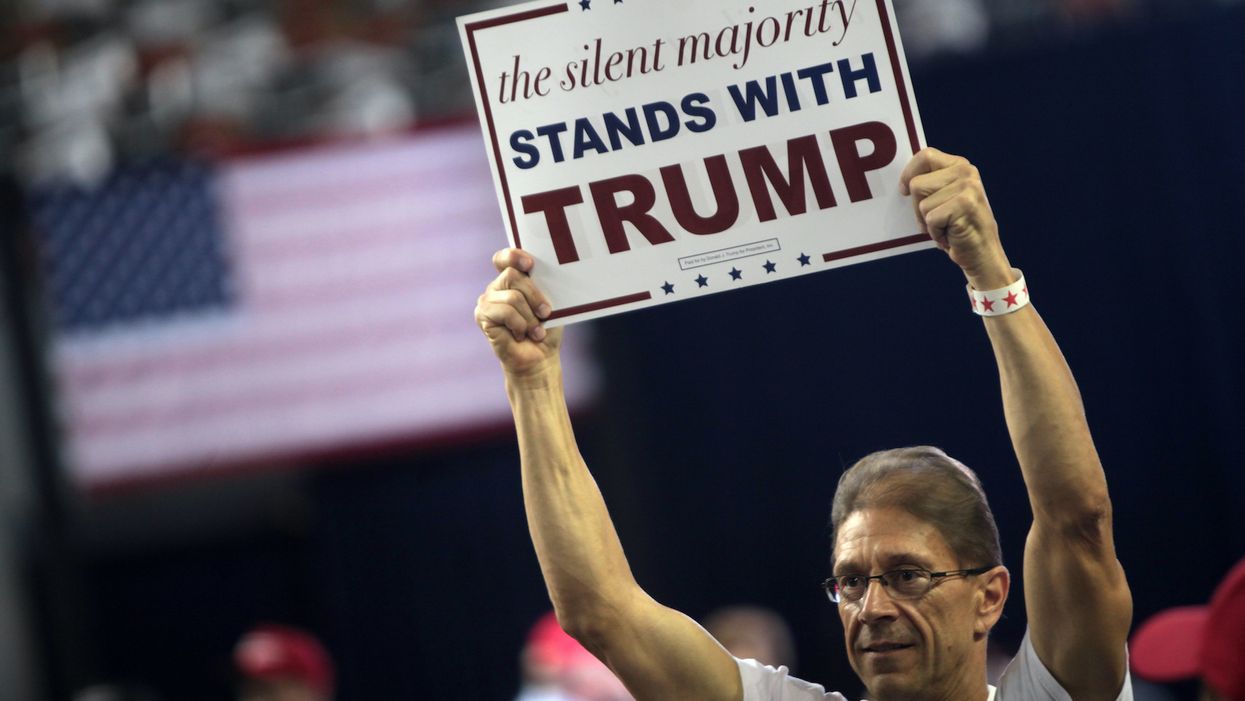 In the lead-up to the American presidential election, it was estimated that the risk of post-election violence was high.

Retailers in American cities were correct in being cautious in preparing for damage and theft due to contested election results. So far in 2020, the Insurance Information Institute estimated sustained losses of over $1 billion, making this year's social justice protests perhaps the costliest civil disorder in United States history.

The so-called Million MAGA March, cheered on by outgoing President Donald Trump, drew thousands of Trump supporters to the U.S. capital on Nov. 14. Some violence broke out when counter-protesters showed up, and about 20 people were arrested.

Hundreds of thousands of people showing their support in D.C. They will not stand for a Rigged and Corrupt Election! https://t.co/tr35WKTKM8
— Donald J. Trump (@Donald J. Trump)1605385467.0

Have such predictions of election-related civil unrest been exaggerated or well-advised? Probably a little bit of both. As the sun sets on Trump's administration, it's clear that the last four years have made the United States a more fragile state.

Predictions of post-election violence in the United States haven't been unfounded because such unrest is not unprecedented.

During the 1920 election, violence in Florida intimidated and prevented Black people from voting, and dozens of African Americans were subsequently killed in the election-related Ocoee Riot of 1920.

That riot almost exactly 100 years ago was the worst instance of election day violence in U.S. history.

Warnings that were particularly sobering in the lead-up to Nov. 3 can perhaps be looked at with slightly less alarm today. However, with an unpredictable president remaining in the White House until Jan. 20, 2021, potential dangers to democracy still exit given his supporters believe his claims that the election was “rigged."

One warning came from the International Crisis Group, a non-profit, non-governmental organization based in Brussels, Belgium.

In the lead-up to the election, for the first time in its 25-year history, the group turned its attention to analyzing the risks of political violence in the U.S. The organization typically provides warnings concerning conflict-prone regions where democracy is fragile.

Certain items consistently emerged as red flags, indicating potential electoral violence. These risk factors include a polarized electorate, highly segregated and mutually mistrusted sources of information and the existence of armed citizens and militias with easy access to weapons.

In addition, prior to the election, unresolved racial tensions were still present in the U.S. stemming from the killing of George Floyd in May and the subsequent widespread civil unrest.

In June, during a peak period of racially driven civil unrest in the U.S., the president threatened to use the Insurrection Act to put down protests and used his rhetoric to inflame rather than to quell violence.

Perhaps the most dangerous top indicator of electoral violence was Trump's tendency to use the executive branch as a bully pulpit to fuel divisions and sow chaos. In fact, as late as election eve, Trump tweeted that a court decision he did not favour would allow cheating and also lead to violence in the streets.

Presidents have never spoken in ways that link their election prospects and violence immediately prior to election day.

The historical norm of the post-election peaceful transfer of power in the U.S. dates back to 1801, when John Adams ceded political power to his opponent Thomas Jefferson after a contested election.

President-elect Joe Biden's team is taking tangible actions to work towards a transition of power. Trump however continues to claim fraud and to attempt to use government machinery to reverse the election, following the time-honoured tools of dictators.

There are four characteristics of fragile states: a loss of the monopoly on the legitimate use of force, the erosion of legitimate authority to make collective decisions, an inability to provide reasonable public services and the inability to interact with other nation-states as a full member of the international community.

While there remains a long way for the U.S. to fall, even falling a little towards the direction of a fragile state prior to Jan. 20 can create a more permissive environment for inappropriate expressions of grievances through violence.

Insights can be gained from studies of democratization in post-war societies. For example, peace and conflict researcher Kristine Höglund has studied the factors that encouraged violence at elections.

Höglund found that conditions that enabled the use of electoral violence include situations where violence is viewed as a legitimate political tool, and agitators have access to arms. Other factors that trigger electoral violence are false interpretations of close elections, misuse of political rights and militant mobilization.

Those conditions currently exist in America.

The OSCE Office for Democratic Institutions and Human Rights is now closing its International Election Observation Mission (IOEM) in the U.S. In their post-election findings, IEOM interlocutors reported that “election day was orderly and took place in a peaceful atmosphere without unrest or intimidation."

Despite Trump's continuing post-defeat attempts to sow chaos, most American people have not yet been goaded into using violence and disorder this election season. Hopefully it will remain that way.