Trump-endorsing Nevada newspaper tells president to pack his bags in brutal editorial: 'He lost this election' 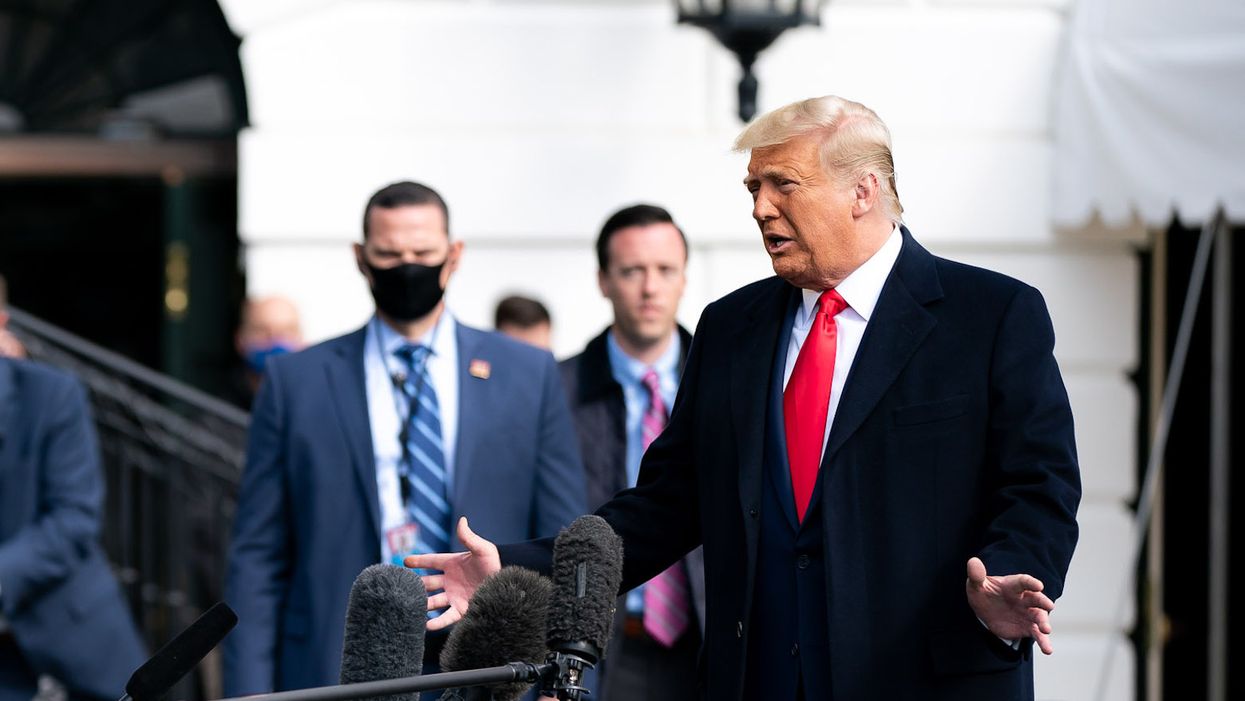 President Donald J. Trump talks to members of the press along the South Lawn driveway of the White House Friday, Oct. 30, 2020, prior to boarding Marine One en route to Joint Base Andrews, Md. to begin his trip to Michigan, Wisconsin and Minnesota. (Official White House Photo by Tia Dufour)
Brad Reed
and
Raw Story
November 12, 2020

The Las Vegas Review-Journal is one of the few newspapers to have endorsed Donald Trump for president twice — and now it's telling him to pack his bags.

The Review-Journal, which is owned by right-wing billionaire Sheldon Adelson, published an editorial on Thursday that shot down the president's claims that the election has been "stolen" from him.

"Rhetoric from Trump surrogates alleging widespread illegal activity has been devoid of detailed evidence supporting the charge that there was a concerted effort to 'steal' the election through corruption," the paper wrote. "An electoral system that involves the participation of 150 million Americans will have its share of issues, but it's an insult to reason and logic to argue that isolated irregularities constitute proof of a grand national conspiracy."

The editorial then laid out the brutal truth for the president: He legitimately lost the election.

"Mr. Trump lost this election because he ultimately didn't attract enough votes and failed to win a handful of swing states that broke his way in 2016," it wrote.

The editorial concluded by telling Trump to suck it up and help President-elect Joe Biden with the transition process.

"He has nothing to lose by cooperating with President-elect Biden's transition team," the editors argued. "Mr. Trump expected no less from the Obama administration in 2016 even as Hillary's acolytes floated ways to manipulate the Electoral College vote. Mr. Biden deserves the same consideration today regardless of how long the president seeks to delay the inevitable."