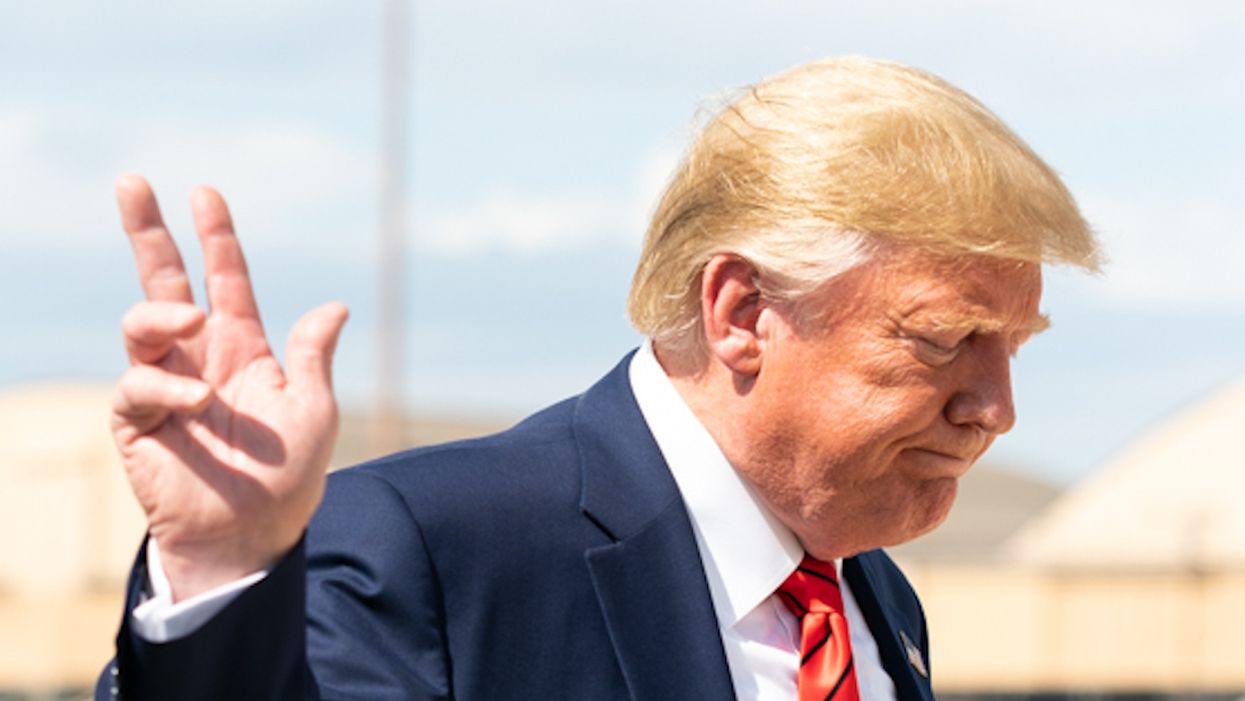 US President Donald Trump's time in the White House is coming to an end. But, as has become obvious over the past few weeks, he is unlikely to deliver a gracious concession speech.

Instead, the president has spent much of his time since the November 3 election plotting ways to undo what has turned out to be a rather clear victory for President-elect Joe Biden – all credible media outlets have given Biden 306 electoral college votes to the outgoing president's 232. The successful candidate needs to amass 270 electoral college votes to win the presidency.

Time is simply running out for Trump. By December 8, all states are required to certify their results, with the electors in each state to cast their votes by December 14. The inauguration of the next president takes place on January 20 2021.

None of this should obscure the anti-democratic coup d'état Trump is attempting as he refuses to concede defeat. However, it is unlikely to succeed.

His legal challenges alleging fraud and misconduct are close to running their course. The Pennsylvania Supreme Court ruled against his claim that election “observers" were too far away in Philadelphia from workers counting ballots. In Georgia, a hand recount has finished with Biden confirmed the victor. And Michigan lawmakers appear ready to defy the president, who now seems intent on wreaking havoc on the certification process.

Trump's efforts to undermine the legitimacy of the election are real. His attempt to influence Republican state legislators, in effect to persuade them to replace electors committed to voting for Biden with electors ready to vote for Trump, is profoundly undemocratic. Under a winner-takes-all system, Michigan's 16 electoral college votes should be going to President-elect Biden, the clear winner of the state by almost three percentage points.

If Trump had succeeded in overturning the results, one could go as far as questioning America's status as a liberal democracy. Not since Southern secessionists contested the legitimacy of Abraham Lincoln's election in 1860 has a single actor been so nefarious in their attempts to undermine an incoming president.

Look no further than Trump's actions on the transition. With over 250,000 Americans dead from COVID-19, and case numbers exploding around the country, one would think an orderly transition in which the incoming president is given access to experts knowledgeable about the country's readiness for mass distribution of a COVID-19 vaccine would be an urgent and unquestioned priority.

But not in Trump's White House. The General Services Administration, run by a political appointee of the president, must certify Biden as the winner before the incoming administration is given access to top public health officials.

Such certification will eventually take place, as the president simply runs out of options. We suspect he will grudgingly acknowledge he will not be president for the next four years, repeating a never-ending series of fabrications about the legitimacy of the 2020 election. His arguments will resonate with his “base" and will have consequences beyond this election cycle.


The magnitude of these differences is stark and suggests Biden will have much work to do in bringing the country together – if indeed that is possible. Biden himself is attempting to restore moral leadership to a country torn apart by pandemic, racial division and illiberal tendencies in the executive branch of government.

Rhetorically, Biden has hit many of the right notes, emphasising themes of unity and national healing. How this will play out in a policy sense will be seen once he takes office.

Of course, Trump will continue to make life difficult for the incoming Biden administration. Some reports suggest he is already considering running for office in 2024.

So, it should not be surprising if the outgoing president leaves a number of surprises for President-elect Biden. Some press reports in the US are stating that on Middle East policy, trade with China, securing oil drilling leases in Alaska, and the Iran nuclear deal – which Biden may wish to rejoin – the Trump team is doing its best to reduce the incoming administration's policy options.

Political theorist David Runciman argues that in democracies molehills are often made out of mountains. Vote counting, constantly updating vote tallies, failed legal challenges, recounts, the wearing effects of days of politics dominating life, Biden's non-spectacular calmness, certification and the meeting of the Electoral College will turn this post-election mountain into a molehill as Trump's attempted coup will eventually fail.

However, Trump has regularly shown us that, in the internet age, mountains can also be made out of molehills. The president's lies and tweets have turned his presidency into a kind of reality TV show that has in turns transfixed, energised or horrified much of the world. Nevertheless, the show is in its final season and has not been renewed.

We are reminded of an article Rebecca Solnit wrote during the earliest days of the Trump presidency. In it, she presciently captures the predicament in which Trump now finds himself. Although his base and a large number of Republicans still support him, Trump has always surrounded himself with loyal followers reluctant to question their leader's judgment and authority. This produces a form of isolation that is of Trump's own making, a consequence of the man's temperament and unwillingness to tolerate uncomfortable truths.

In the end there is no one else in their world, because when you are not willing to hear how others feel, what others need, when you do not care, you are not willing to acknowledge others' existence. That's how it's lonely at the top. It is as if these petty tyrants live in a world without honest mirrors, without others, without gravity, and they are buffered from the consequences of their failures.


Of course, sooner or later Trump will realise the presidency must be vacated. He will have to face the one thing in his life he has always tried to avoid: defeat.